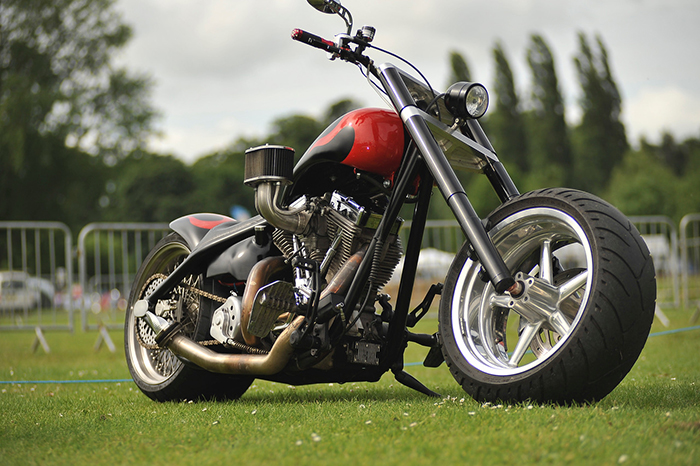 Get a modified bike insurance quote from Bikesure for tailored coverage that fits your custom bike.

Bike modifications are popular with riders of all types. Whether you’re adding performance-focused mods for better riding enjoyment or physical mods to make your bike look more you, tweaking a motorcycle is a one-way street to uniqueness. As bike modifications change your motorcycle’s build on a fundamental level, though, they often have to be accounted for by your insurance provider. Make sure you’ve got custom coverage for your bespoke bike by getting a quote through our partners, Bikesure on 0330 022 6753.

What is modified bike insurance?

Also known as custom motorcycle insurance, this is specifically tailored to cover the potential increases in bike value and claim risk that aftermarket mods can cause.

Making modifications to a motorcycle can change the way it performs and increase its value. These two factors mean that modified bikes require insurance policies that consider the changes that have been made and reflect them in the level of coverage and the premium you pay.

While a range of minor bike mods can usually be covered with a regular bike insurance policy, some insurers have a limit on how many modifications they’ll accept, or how drastic the modifications are. In these cases, you need a specialist.

Getting insurance for a modified motorbike

When regular bike insurance providers won’t cover your bike because of modifications you’ve made to it, insurance comparison sites don’t really work. That’s why we’ve partnered with specialist bike insurance broker, Bikesure, so you can still get a great insurance quote for your modified bike. Call Bikesure today on 0330 022 6753.

Bikesure understand the needs of modified bike owners, offering policies that provide coverage for many types of modification, from fairings to drivetrains, exhausts to tuned engines. They also have special insurance schemes for popular type of modded bike, including streetfighters and cruisers.

Whatever type of mods you’ve made to your ride, get a modified bike insurance quote with Bikesure.

There is a huge range of potential modifications you can make to your motorcycle, but they generally fit into two main categories.

Physical bike modifications are usually bodywork changes that affect the way your bike looks or add functionality that isn’t performance-based. They’re commonly made to make motorcycles more attractive or better suited to their use.

The cost of modified bike insurance

Is insurance more expensive for modified bikes? Well, that depends. Different types of modifications alter your motorbike in different ways, and the more they change the way it rides or the value it holds, the more likely it is to affect your premium.

This is down to three main reasons. Firstly, modifications generally increase the value of your bike, making it more expensive to repair or replace. Secondly, visible modifications that make your bike more attractive might also make it more attractive to thieves, potentially increasing the chances of it being stolen. Finally, performance-based modifications that increase your motorbike’s speed or acceleration could be seen as a factor that increases the risk of you being in a road incident or collision.

Some bike modifications, such as heated grips and aftermarket indicators, aren’t likely to affect your premium by much (or at all) as they don’t increase the risk that you pose as a policyholder and also don’t significantly increase the value of your motorcycle.

However, as you start to stray into more substantial modifications, such as a new exhaust or a heavily tuned engine, you’re more likely to pay for it when it comes to insuring your bike.

Modified bike insurance premiums are calculated using a huge range of other factors, so there’s no way of knowing exactly how much modifications will add to your policy price.

Are there any modifications that make custom motorcycle insurance cheaper?

It’s a common myth that all bike mods will make your insurance more expensive when, in some cases, they can make your insurance cheaper. Security modifications such as built in steering locks and electronic immobilisers make it less likely that your bike will be stolen, potentially resulting in cheaper insurance. As with anything, this depends on the insurer’s specific policies.

How do I get cheaper modified bike insurance?

There are plenty of ways you can try to reduce the price of insurance for a modified bike, just as with any other type of motorbike. They include investing in security features that make your bike less likely to be stolen, reducing the amount of mileage you cover, and working towards building a no claims bonus.

What happens if I don’t tell insurers about bike modifications I’ve made?

Customers who used The Bike Insurer to compare bike insurance gave the site a rating of 4.71 out of 5 from 8348 reviews.

Very easy to use site. Needed insurance quick after MCE going belly up and got it here no problem. Thanks

Really quick and they truly did found the best deal.

Why do insurance prices change?

When is the cheapest time to buy motorcycle insurance?

How does my No Claims Bonus work?