Off road riding competition – the aftermath

After getting a motorbike insurance quote via The Bike Insurer, our winners were automatically entered into a prize draw and were eventually picked to submit a video out of thousands of entries.

And Janet, Launa and Rebecca were then picked after submitting three original videos telling us why they deserved to be whisked away.

With our winners back stories ranging from big crashes, late starts and an obsession with track days and getting their knees down, Janet, Launa and Rebecca’s entries stood out a mile and made the decision to pick our three simple.

If you don’t believe us then you can take a look at their video entries on The Bike Insurer and decide for yourself.

And after a couple of months worth of planning, some hastily planned holidays from work and a couple of complications regarding flights, the reins were handed over to the team at Adventure Rider Centre. 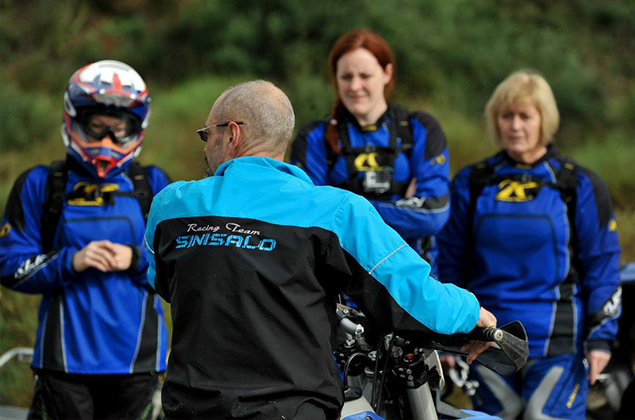 Adventure Rider Centre takes its customers on a two-wheeled trek through a rough and rugged landscape in the mountains above Fuengirola, near Malaga.

With all the gear, expert tuition and a range of different types of trails to be had, Adventure Rider Centre makes going off road pretty simple. The only thing that wasn’t laid on was some nice weather, with the heavens opening when The Bike Insurer team touched down in Malaga, and not letting up until we were back en route to Blighty.

But, despite the pouring rain and greasy conditions, our winners threw themselves head first (sometimes literally) into learning the tricks of the trade when it comes to going off road.

From river crossings to hill climbs and baby jumps, our winners were given the opportunity to try their hand at anything the Mijas mountains had to offer. 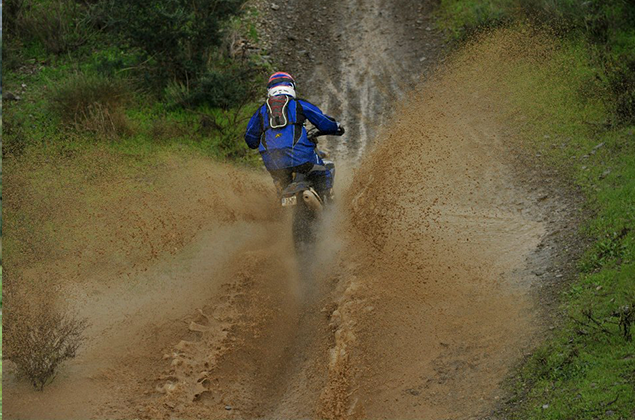 Despite being complete newcomers and having no experience on two wheels off road, our competition winners didn’t shirk the challenge and after two days were doing wheelies, jumps and hill climbs.

You can see all the pictures of our winners off road and stay tuned for a video showing their full story. 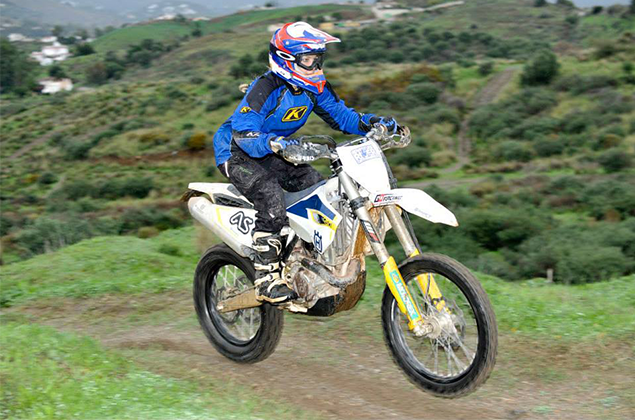