2018 concept motorcycles – what chance of them making production?

The recent motorcycle shows have seen a fair flurry of concept bikes that range from the outrageous to the much more production ready. 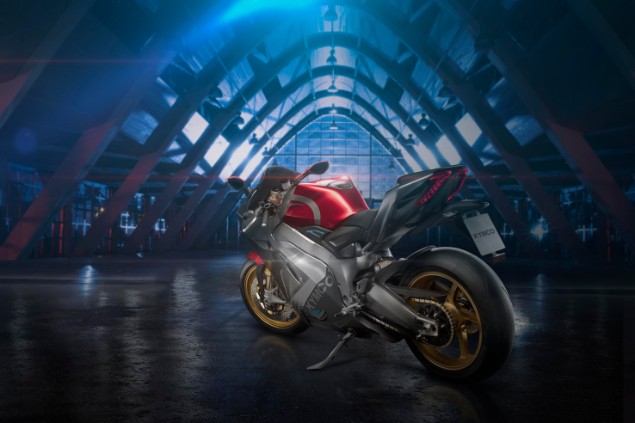 We’ve taken a closer look at what was shown and cast a critical eye over the chances of the bikes making production in the near to medium term.

Let’s start with some of the wilder concept bikes that have been seen recently.

The ARC Vector is typical of the sort of crazy concept bikes that appear every now and again and at first glance it’s easy to dismiss it as merely a flight of fancy but this project has got some serious financial muscle behind it.

ARC is being backed by the investment arm of the Jaguar Land Rover (JLR) company and ARC was founded by Mark Trueman who is the man who used to head a JLR company called White Space which aimed to think of new ideas.

The Vector is aiming to have serious superbike performance, an official quoted range of over 300miles, charge up in just 45 minutes and produce over 130bhp and a massive 292ft lb of torque.

Not only is serious performance promised but ARC also claims the finished bike will come with linked riding gear with a crash helmet that has a head-up display and working Human Machine Interface (HMI). 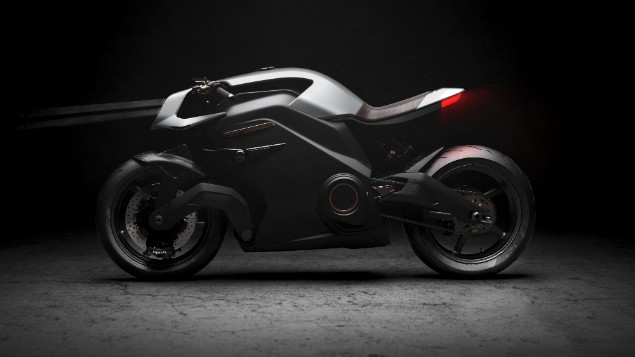 There’s even mention of a jacket with a haptic function that can warn the rider of a vehicle approaching by ‘tapping’ them on the shoulder.

Clearly there’s a lot of work ahead before this bike gets anywhere near production and a quick glance at the concept bike shows up issues like the footrests leave no room for any rider to put their feet on them.

But actual production reality is not something that necessarily concerns those people making a concept bike as this is the sort of thing that changes as the bike gets developed for production.

The technical and financial backing behind this project are promising but I wouldn’t be expecting to see it on sale soon as there is a lot of work to be done.

The Kymco SuperNEX was perhaps one of the biggest shocks of the Milan motorcycle show but the intentions behind putting it into production are deadly serious.

Kymco is investing heavily in fully electric scooters and motorcycles and the SuperNEX is just the latest in a string of both production and concepts using fully electric power.

The SuperNEX is a sportsbike concept that has one very surprising addition for an electric bike and that’s the fitment of a six-speed gearbox. 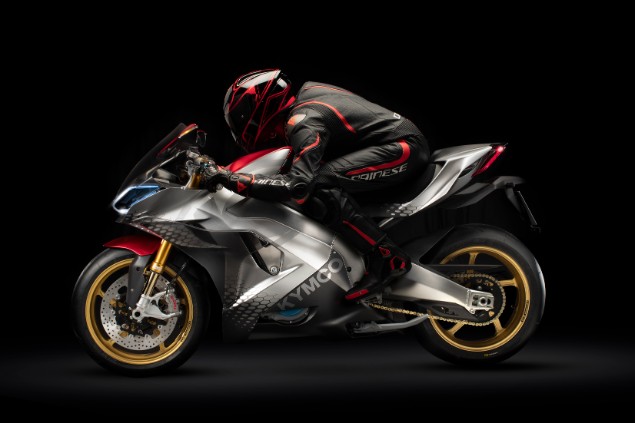 The gearbox is, according to Kymco, a way of preserving the interesting riding experience expected of a sportsbike and works around the way electric motors deliver a surge of torque from nothing but tend to then peak very easily with power and acceleration dropping off.

Kymco is already at the testing phase with this bike but that can still mean the bike is a long way from a showroom and new bike projects can still be cancelled if further work is done and the financial case changes.

With the might of Kymco behind it, however, the SuperNEX has more chance than many of succeeding.

Indian manufacturer Royal Enfield is making no bones about the fact the Concept KX is merely that; a concept that may well lend a styling trend for forthcoming models and was done to give the Royal Enfield design team an interesting project to work on.

The Concept KX was built as a modern tribute to an older model that was originally built in the 1930s and features a new 838cc V-twin engine, swept back bobber styling with a modern feel. 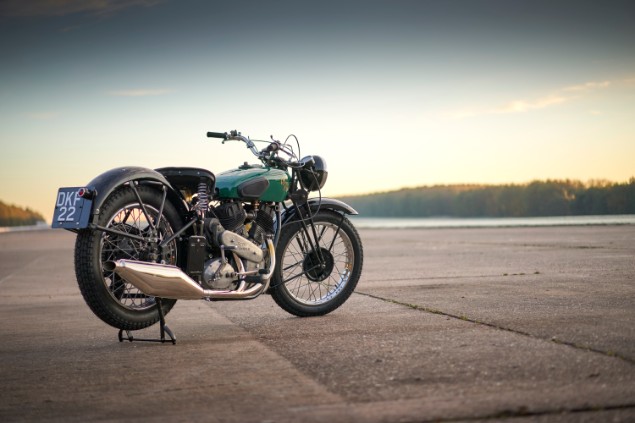 While Royal Enfield has officially said this bike isn’t going to make it into production, it only takes a quick glance over the bike presented at the recent Milan motorcycle show to realise there are an awful lot of design and build elements that look production ready.

However, this is a fairly radical looking bike so the best guess would be a bike based around the general styling of this bike might well materialise in the next 12 to 18 months with the 838cc V-twin featured in the concept, but it will look a fair bit less dramatic.

Aprilia has taken half of the V4 engine layout from the RSV1100 V4 superbike and slotted it into a new frame, super-aerodynamic bodywork and aimed this concept at gauging public reaction towards a lightweight and sporty road bike that can still do the occasional trackday.

The RS 660 has been specifically aimed at younger riders and those in areas like Asia where the market is developing around riders who are generally younger than those in markets like Europe. 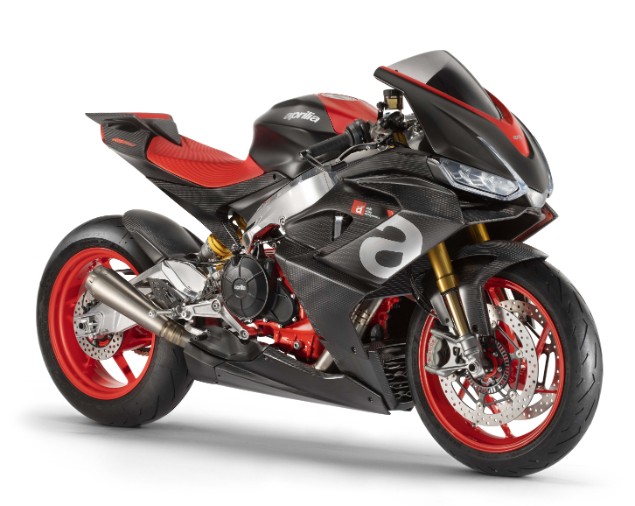 The engine was already under development by Aprilia engineers and was chosen because of the compact nature of parallel-twin motors and their ability to create nice power that can be used by less experienced riders.

If the market response is good enough, looking at the finished state of the bike it would make perfect sense for this bike to be brought to market.

The Honda CB125X and CB125M Concepts appeared as complete surprises at the recent Milan motorcycle show and they could well signal two new bikes that are very close to production if Honda’s previous show concept timeline remains the same.

Honda has been making a habit of bringing concept bikes out in public for many years but the most recent have generally been between 18 and 24 months ahead of confirmed production. 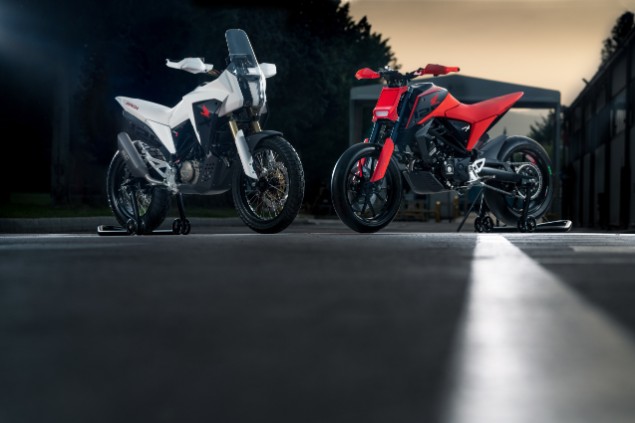 Honda is the world’s largest motorcycle manufacturer and while the main headquarters of the company is based in Japan, what some may not know is there is a very big design department based in Rome, Italy.

These two 125cc concept bikes have been designed in Rome to appeal to European tastes and both have been based on the new Honda CB125R platform.

The CB125M is the red supermoto-style bike which is a futuristic design aimed at appealing to younger riders.

The CB125X is the all-white machine and is clearly aimed at being a more adventure-focussed bike that will sit underneath the likes of the Honda CRF250 Rally and shares the three front light design with the recently revealed Honda CRF450L Rally.

Looking back over the most recent of Honda’s concept bikes reveals the timeline between bikes like this being shown for the first time and them appearing as production bikes is around two years.

Honda not only showed the two CB125-based concepts but also the hardcore CRF450 Rally concept which is another bike that’s about 99.9% sure to be on sale in a short time.

Ever since the Honda CRF450L was launched in early 2017 there have been rumours of a more extreme Rally version that would be a bigger brother to the CRF250L Rally.

Now this concept would suggest that is not very far from happening for real and the finished state of many of the components on the bike would add further weight to that. 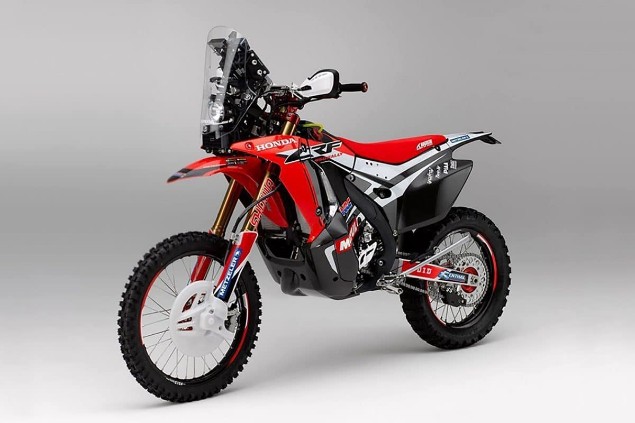 To add to the long distance capability of the CRF450L is a twin-fuel tank with a 20 litre total capacity, taller screen with headlights hidden behind a protective screen and a full-colour dashboard.

The biggest issue the CRF450L Rally would previously have faced was extending the service intervals between oil and major maintenance checks on the 450cc single-cylinder competition engine.

With the production CRF450L already addressing these issues by detuning the engine for it to last longer between services, this is now sorted.

Yamaha’s three wheel 3CT concept scooter is even nearer to a production state than anything else shown at the recent events and it’s impossible to look at the detail and not expect to see it for sale within a year or so.

Strip off some of the more showy parts like the LED strips lights running down the bodywork and what you have is a fully-functioning three wheel 300cc scooter that is 100% going to be going into production in the very near future. 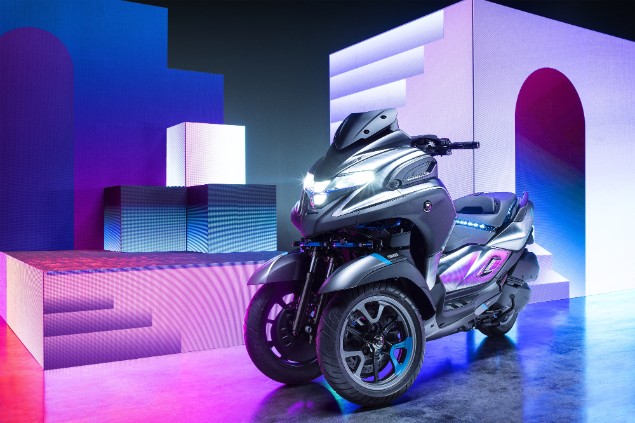 Don’t be confused between this 300cc scooter and the slightly bonkers Yamaha Niken that was launched earlier this year; apart from having three wheels, they share almost nothing.

What Yamaha is attempting to do with the 3CT is tap into the large European market for leaning three-wheeler scooters in the midsize engine capacity segment.

Unlike the Niken, this scooter has a lock-out function on the leaning section of the scooter which means the rider can lock the scooter upright when rolling to a halt and thereby doesn’t need to put their feet down.