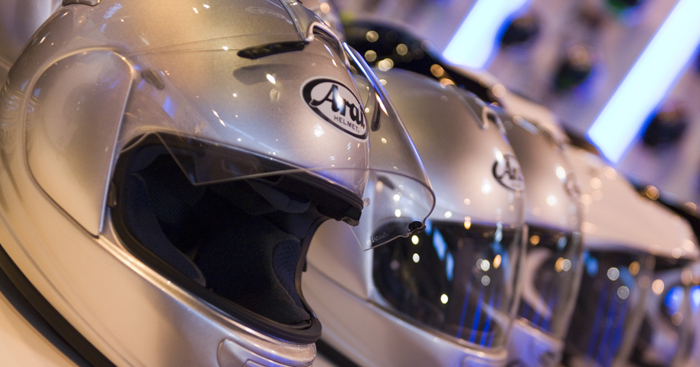 The Safety Helmet Assessment and Rating Programme (SHARP) has broken the 400 mark nine years after its launch.

The government-backed scheme has carried out more than 13,000 high impact tests and given safety ratings to exactly 401 lids since 2007 when its doors opened.

SHARP awards a star rating of between one and five stars, with five being the highest mark a lid can achieve.

Since 2007, just 56 of the 401 helmets tested have achieved the full five star rating, giving some indication as to how difficult the top score is to achieve.

Jones said: “SHARP rates hundreds of helmets based on thousands of tests and provides riders with the best safety information available.

“The confidence riders put in the ratings shows how vitally important they are in helping reduce the number of tragedies we see on our roads.”

How does SHARP work?

SHARP purchases helmets off the shelf, just like a normal UK biker would, before putting them through a series of tests at its facility.

In total, 32 tests are carried out at three different speeds on each helmet it tests and they have revealed a difference of as much as 70 per cent between high scoring helmets and low scoring lids.