Trying to work out which 125 to buy can be difficult, and that’s before you’ve worked out how to buy insurance (you’ve come to the right place), sorting out road tax and getting the right riding kit.

With a new breed of naked 125s getting better equipment and specification than some bigger capacity bikes, there’s never been a better time to buy a naked 125cc motorcycle.

We’ve looked at the best naked 125 motorcycles on sale now that you can ride on an A1 licence or CBT.

In no particular order, here’s the top 10. 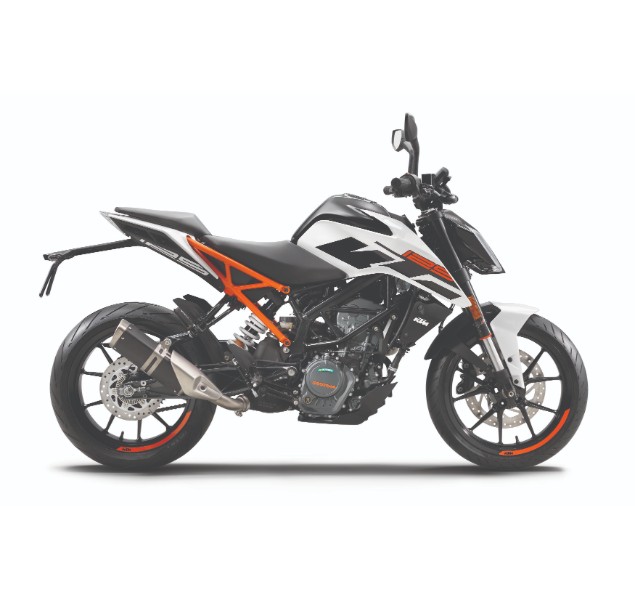 KTM’s Duke is the benchmark when it comes to naked 125s and it’s not hard to see why.

Now in its second generation (it was updated with a new frame, styling and added gizmos in 2017), the 125 Duke comes with everything a learner needs to impress.

As well as funky styling, the Mini Beast (KTM call their bigger 1290 Duke ‘The Beast’) has a radial front brake caliper, inverted forks, a water-cooled motor, ABS and possibly best of all – Bluetooth connectivity in its digital dash.

Yep, you can receive incoming calls or listen to your music while you carve through the streets on the 125 Duke. You just can’t make calls or text, which is probably a very good thing… 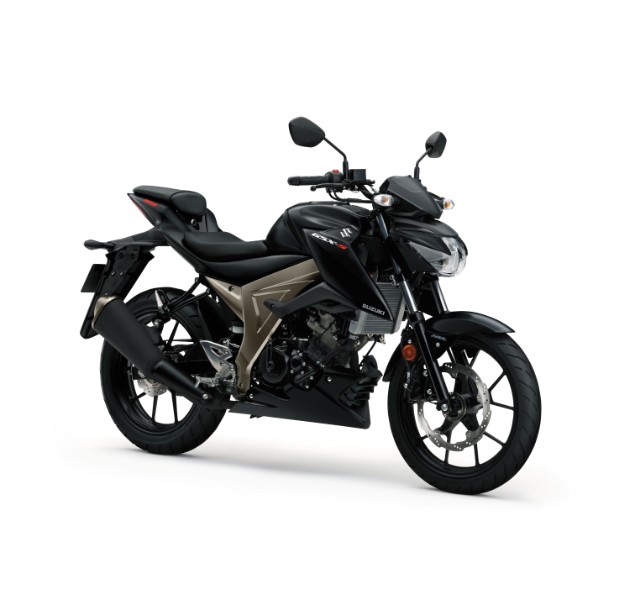 However, the fact the GSX-S125 is so light is a lot to do with its equipment, and when you dig deep it is left a bit lacking.

The brake caliper isn’t radial (it has ABS), the forks are conventional and not inverted, and there is no connectivity.

It looks ok (and far better in the £100 extra MotoGP replica paint scheme), but where the 125 Duke sells on sex appeal, the GSX-S125 is more reliant on its cheaper price tag and claimed 122mpg figures. 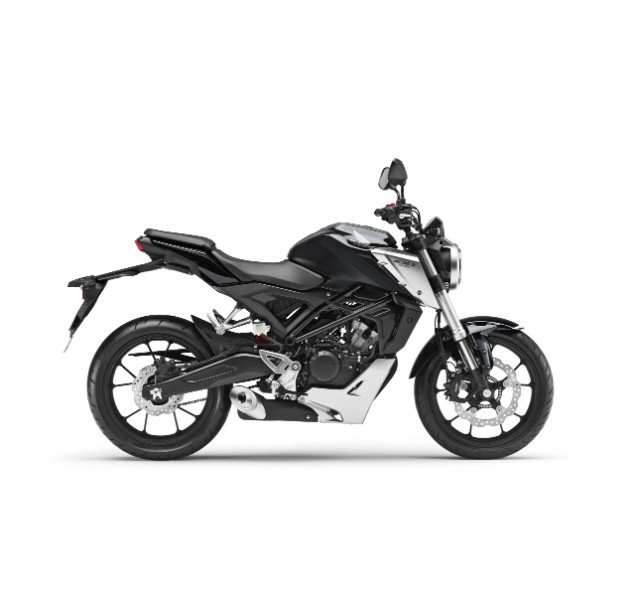 Billed as a neo sports café racer, the Honda CB125R mimics the look of its bigger brother, the CB1000R.

And you have to say it’s a wonderfully styled 125.

Stripped back and with a real classy look and feel, the CB also packs the right equipment to impress while retaining a low price tag.

You get ABS, an LCD dash, and lots of lovely touches such as the beefy inverted forks and LED lights.

The Honda name on the tank also counts for a lot when it comes to reliability and resale value. 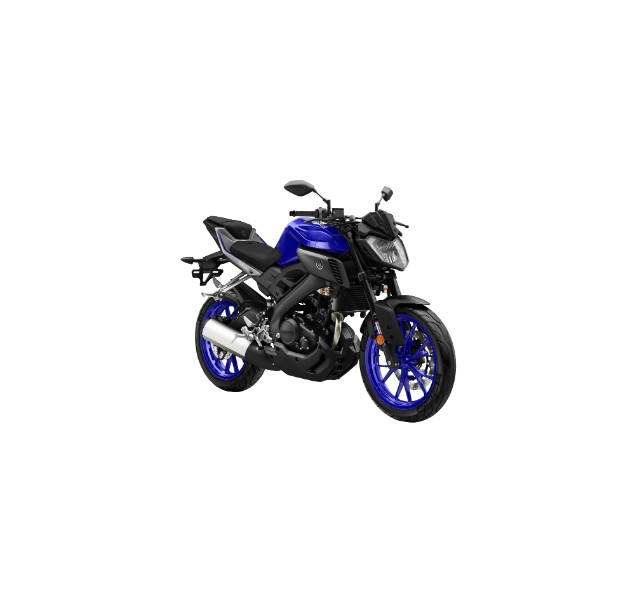 Somewhat long in the tooth now, the Yamaha MT-125 doesn’t let this detract from its appeal.

It may have been launched in 2014, but this funky 125 from Yamaha still looks cool and plays on the popularity of the rest of the MT family to secure sales.

Thanks to some brash colour choices (the fluro wheels and grey paint look great) the MT manages to brush over the fact its 125cc single cylinder motor only has a single cam (most others have twin cams) and is a touch lacking in outright power.

That said, it shares many chassis components with the YZF-R125, so it knows how to get around bends!

Does it justify its high price tag when compared to its rivals? In all honesty, not really, especially against the 125 Duke. 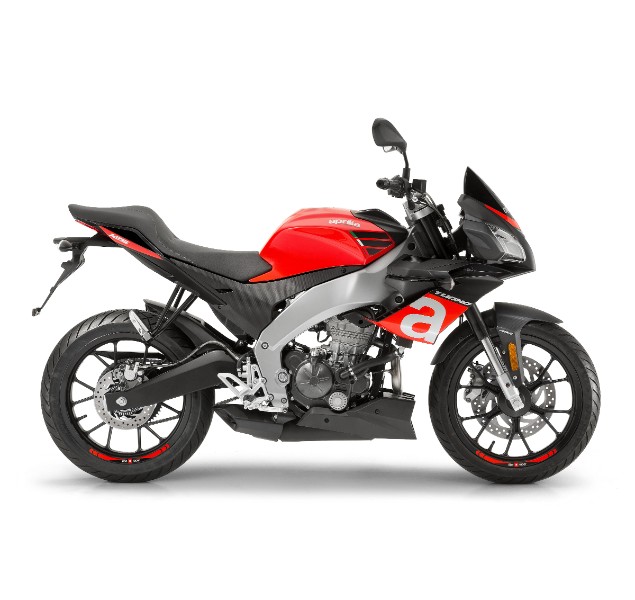 Aprilia have always made the maddest 125s (remember the old RS125 two-smoke) and while the Tuono 125’s four-stroke motor has calmed its attitude down slightly, it has still got a fair amount of spunk.

If you are a larger rider then the Tuono 125 will be right up your street as it is physically quite a big bike with a roomy upright riding position and tall bars.

Heavily based around the firm’s sporty 125, the RS125 four-stroke, the Tuono has ABS on its front brake but will still allow you to skid the rear at will. And why wouldn’t you?

Add to this the option of connectivity in the dash, and even a quickshifter and it’s a pretty, if pricey, cool cat. 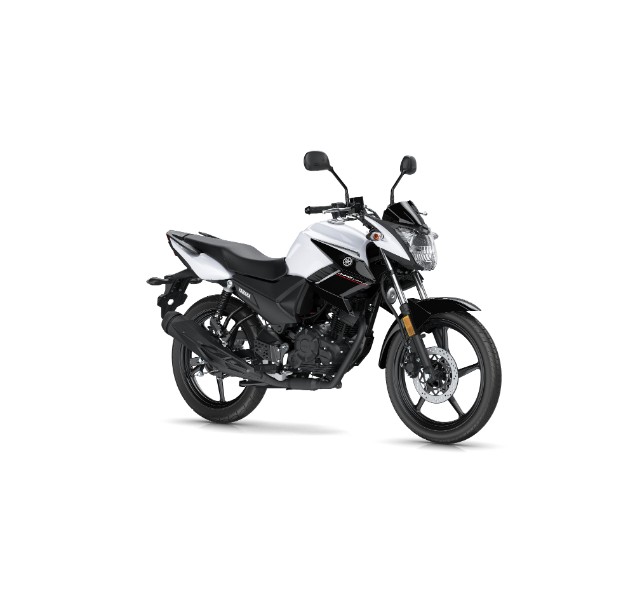 The YBR125 has been a mainstay of Yamaha’s range for ages, however last year its time eventually came, and it was replaced by the YS125.

This is no flash 125, the YS takes over from where the YBR left off and is a budget-conscious bare bones basic commuter 125 that carries a low price tag and not many flash components.

You get 18-inch wheels for stability, combined brakes instead of ABS, skinny forks, and a fairly basic air-cooled single overhead cam two-valve motor that makes a lethargic 10.5bhp.

It won’t set your pulse racing, but it is cheap, reliable and a fantastic workhorse of a 125. 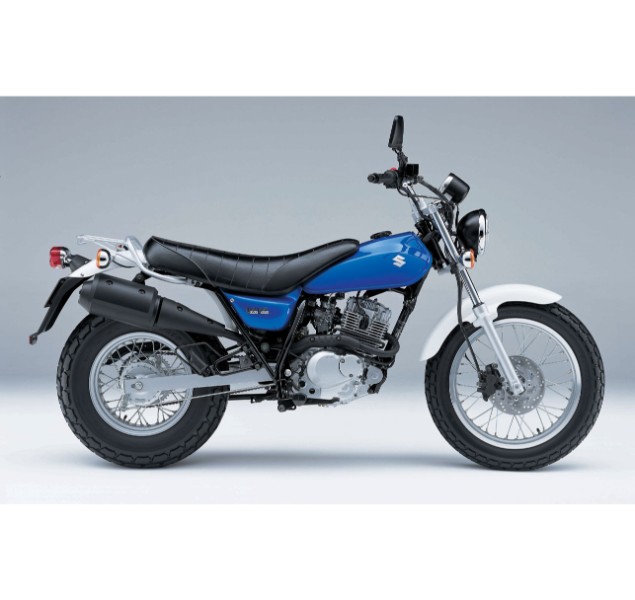 A bike so good that Suzuki named it twice!

Although technically discontinued in 2017, there are still a few new VanVans left hanging around in Suzuki dealerships and they are well worth snapping up.

This funky retro is based on the old VanVan model of the 1970s and as such gets cool balloon tyres and a beach cruiser look.

The VanVan is one of those bikes that just puts a huge smile on your face and is the most charming 125 on the market.

It’s slow, basic and lacking even ABS, but it’s such a giggle to ride that you are guaranteed to fall for its laid-back charms. Groovy man… 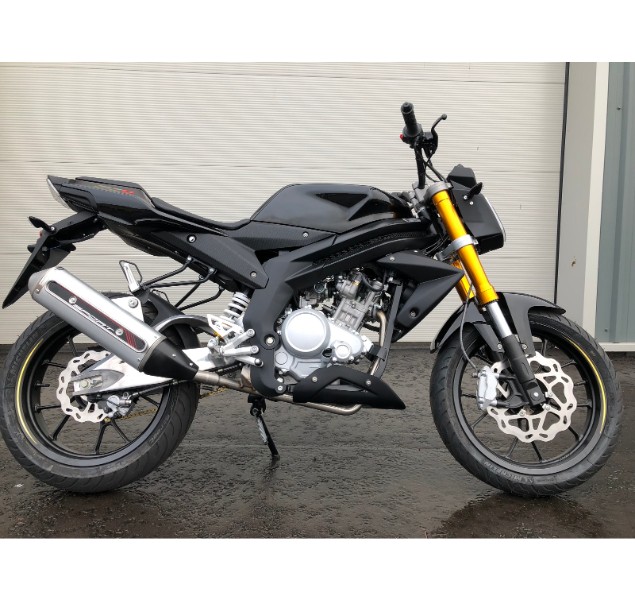 Rieju is a Spanish motorcycle manufacturer and not a Chinese brand as many assume.

Rieju has actually been established since 1934, which will surprise quite a few doubters.

What will raise even more eyebrows is the fact that Yamaha motors power all of Reiju’s motorcycles, so if you are worried about reliability, this should ease your mind.

The RS3 125 Naked is a stripped version of the firm’s RS3 125 Sport and boasts inverted forks, a radial brake, modern looks and a budget price tag.

Resale value won’t be as strong as a ‘known’ brand, but it’s a good looking 125 with a sensible price tag. And a solid motor. 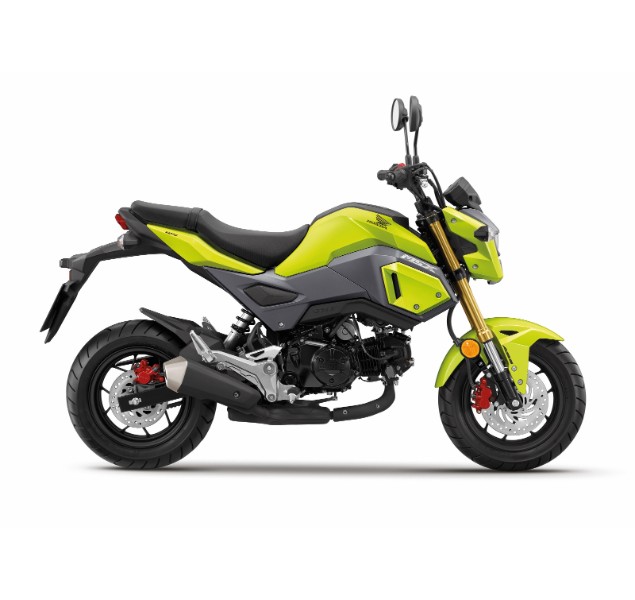 You may not have heard of the MSX125, but a simple Google search of ‘Honda Grom’ will tell you all you need to know.

This small-wheel bike has the same kind of cult following a Monkey bike attracts, however Grom owners are even madder!

Superchargers, Öhlins suspension, big-bore kits, you name it, someone makes it for the Grom and someone out there has bolted it on.

The MSX is small and not very practical at all (it only has a 5.5-litre tank), but it is hysterical to ride and the Grom ‘scene’ is full of wild and wonderful characters. 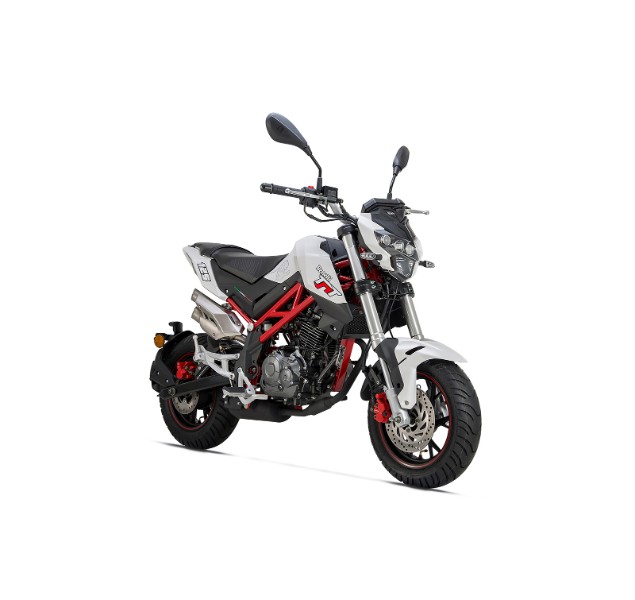 The Benelli Tornado Naked T is Italy’s take on the Honda MSX125 and comes with the same small wheel styling and mini-bike attitude.

Built in China (Benelli are owned by a Chinese company) the Tornado’s air-cooled motor is pretty basic, but this isn’t a bike about speed, it’s about fun and on that score the Benelli is a hoot.

You get five gears, 10bhp and more smiles per mile than you ever expected. Hysterical and totally unpractical in equal measures.