New plans to introduce a cap on personal injury payouts in road accidents could cut motor insurance premiums for everyone if it becomes law, the government claims.

The plan is to clampdown on fraudulent claims, ‘crash for cash’ staged accidents and to reduce the number of cases being settled without any kind of medical evidence to back up injury claims.

The proposed Civil Liability Bill (CLB) lays out plans to cap the value of whiplash payouts to drivers and passengers and will need medical evidence to back up any claim.

The government hopes to introduce the new bill in April 2019 but it will need to pass through both the House of Lords and House of Commons first.

If the bill is passed, then it’s good news for motorists as insurance premiums will likely go down as a result of the changes to the law.

Unfortunately, the savings for motorcyclists won’t be as great as for those on four wheels due to car drivers being the more likely targets of the fraudulent ‘crash for cash’ scams that this bill aims to tackle. 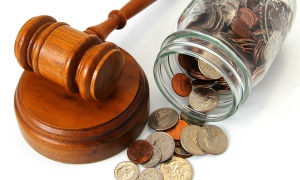 The changes, if made into law, will also require all cases for personal injury to go through the small claims court which will result in victims being unable to reclaim costs of legal representation. The hope is that this will result in fewer claims, lower compensation sums being paid out and therefore lower insurance premiums.

Claims being made for injuries to motorcyclists will not be affected by the new bill.

The CLB will also ban ‘pre-medical offers’ where insurance companies settle claims directly with victims without medical evidence ever being established.

One radical element of the new bill is the plan to give the government the power to limit damages for whiplash injuries with fixed amounts.

There is concern from some of those involved – including The Law Society – that these changes will unfairly restrict access to compensation by legitimate victims, who will be put off because of the extra steps needed to get compensation for real injuries.

Revealed: UK’s most expensive places to insure your motorbike

Motorcycle insurance prices on the up