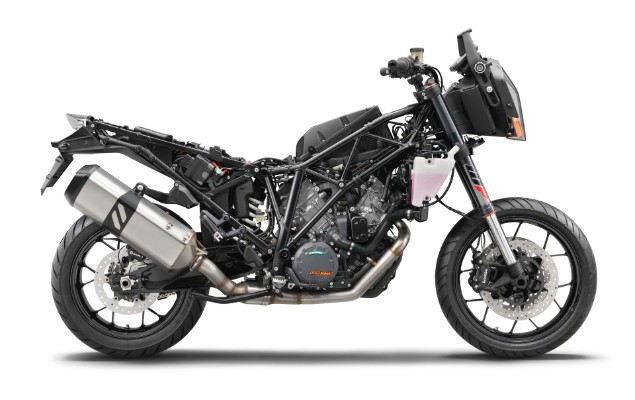 First launched as the plain 1290 in 2015, the big Austrian-built V-twin pretty much dropped-jaws worldwide thanks to its combination of performance and equipment.

Based around the largest version of the 75-degree RC8 V-twin which debuted two years earlier in the monstrous 1290 Super Duke, KTM’s new range-topper was extreme in every way.

With a claimed 160bhp and 103ftlb it had the most potent performance in the adventure class despite also being retuned for a smoother response and extra low down grunt.

On top of that, then pioneering electronic rider aids including switchable power modes, cornering ABS and switchable traction control brought a new level of sophistication to the adventure bike category.

And all of that was just the start. KTMs usually handle well but the new 1290 also received electronically adjustable damping – similar to that pioneered on Ducati’s Multistrada 1200 – which adjusted automatically according to the riding mode selected. 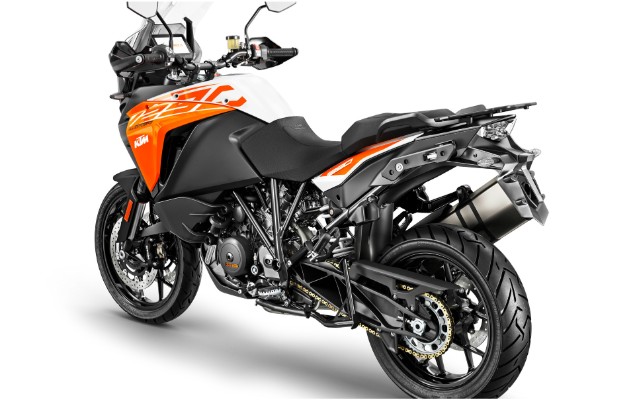 Finally, the KTM’s monster true adventure style 30-litre fuel tank along with roomy weather-beating bodywork to match, an adjustable seat height plus a decent LCD digital console all added up to a bike that was on a par with the traditional adventure bike class-leaders from Ducati and BMW.

Yet the big KTM wasn’t perfect. Adjusting the electronics settings infuriated some early owners and testers, while the 1290 also lacked some of the refinement and pedigree of more established rivals.

To address this KTM updated the 1290 in 2017. Now there were two models: the 1290 S, which used the more potent engine but with the smaller, lighter, narrower bodywork of the old 1190, along with a few updates – plus the 1290 T (where T stood for touring) which was the direct replacement for the old 1290.

Both benefitted from engine updates to pass Euro4 but, more significantly, they also both received a number a much-needed improvements elsewhere.

Most conspicuous of these was a striking new LED headlight unit; the old console was replaced with an iPad-alike full-colour TFT screen; there was uprated, backlit switchgear with far more intuitive electronics, cruise control, keyless ignition and more. 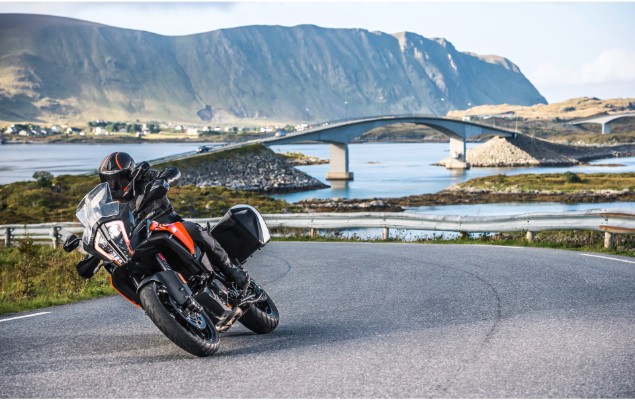 Engine response, though undimmed, was somehow smoother yet sharper than before.

Comfort, thanks to a new seat and tweaked ergonomics, was improved, too.

The fairing was better, as was the headlight while the crisp, colourful array of information available on the fully-customizable TFT screen was simply mind-boggling.

Nor did it end there: thanks to the addition of new, semi-active suspension, which reacted not only according to the selected riding mode (of which there were now four) but also to how the bike was being ridden, meant KTM’s revised range-topped could deliver a blissfully smooth ride yet at the same time steer sharper, with firm feedback more akin to a pure sportster all at the same time. In short: the Super Adventure was more capable and impressive than ever.

Again, that wasn’t the whole story. It has to be said that the smaller, slimmer, lighter 1290 S was the better, sportier road machine (although the more bulbous T wasn’t that far behind).

While capable of cutting it off-road as most KTMs are, serious mud-pluggers far preferred KTM’s 1090 R complete with larger wire wheels and other dirt equipment.

On top of that, the latest 1290 T was becoming an exceedingly expensive machine, putting off buyers in the process. 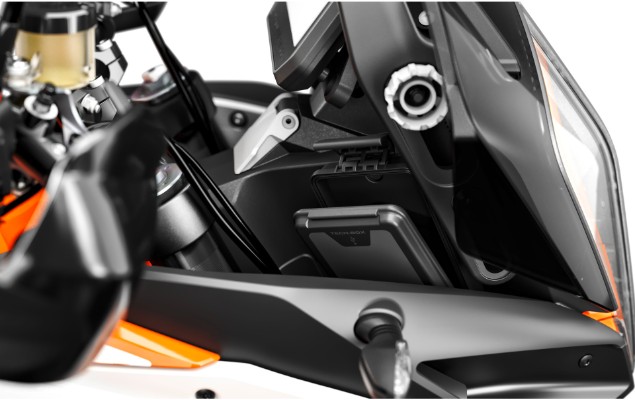 The 1290 S continued but the impressive but reportedly unsuccessful 1290 T was dropped in favour of a new 1290 R which, as its name suggests is a more off-road version equipped with wire wheels (the front being a larger 21-incher) in place of the previous alloys, longer travel suspension and other off-road tweaks.

With no lavishly equipped large-tanked 1290 offered, KTM no longer has a direct rival to BMW’s hugely successful R1200GS Adventure. And that’s something of a shame. The T, though expensive, was a hugely impressive and capable machine.

But then again, maybe that doesn’t really matter.

With the latest 1290 S and R the Austrian firm is arguably doing what it does best: both are hugely potent, versatile and well-equipped large capacity adventure bikes. Now it’s more a case of which type do you prefer: road or dirt?

PUB FACT:
Born out of the off-road enduro and motorcross world, Austrian marque KTM is one of the fastest growing and ambitious of all motorcycle manufacturers. Although dating back to 1932, KTM’s modern incarnation was formed only in 1992 and launched its first road bikes, basically ‘supermotard’ versions of its off-roaders, soon after. Their first large capacity V-twins came as recently as 2004.