Kawasaki dealers have been screaming out for a sporty 125 for nearly three decades because it’s key to geting new riders on-board as early as possible. 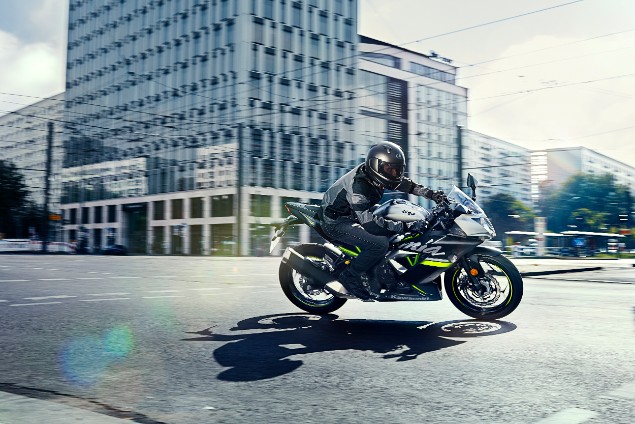 They have an army of potential new young race fans who love the brand and their racing success, but Kawasaki didn’t have A1 licence compatible sporty 125 in their range to meet their demand – until now. New for 2019 is Kawasaki’s all-new Ninja 125.

At £4399 the new Ninja is priced slightly above the competition and unfortunately does lack a little ‘bling’.

The clocks are dated and a bit bland and there’s no gear position indicator, for example.

In this highly-contested category other similar sporty 125 machines boast keyless ignition, or an optional quick-shifter, whereas the Kawasaki doesn’t. 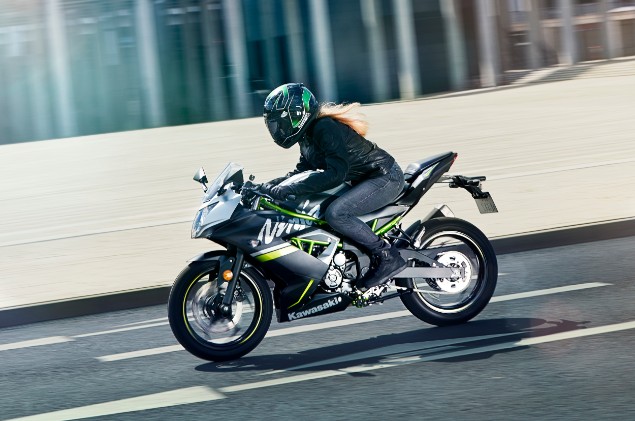 It’s got the looks

Kawasaki informs us the majority of the potential buying public are solely influenced by looks and appearance, if so Kawasaki have got it right.

The new Ninja has to be one of the most attractive A1 machines on the market, the trellis chassis gives it an air of quality, even if it is loosely based on an aging Ninja 250SL. From a distance it doesn’t appear to be a diminutive 125, in fact to the untrained it could easily be mistaken for something substantially larger.

Powering the sporty 14.7bhp, 125, is a water-cooled, single-cylinder four-stroke engine, which again, is roughly based on the Ninja 250SL.

Peak power is just shy of the redline at 10,500rpm, meaning you really have to rev the Ninja to make it work.

As teenagers up-and-down the country will discover, top speed is limited to just shy of 75mph, when the rev limiter kicks in, but it’s more than capable of maintaining a cruising speed of 60mph as long as you don’t mind the vibrations. 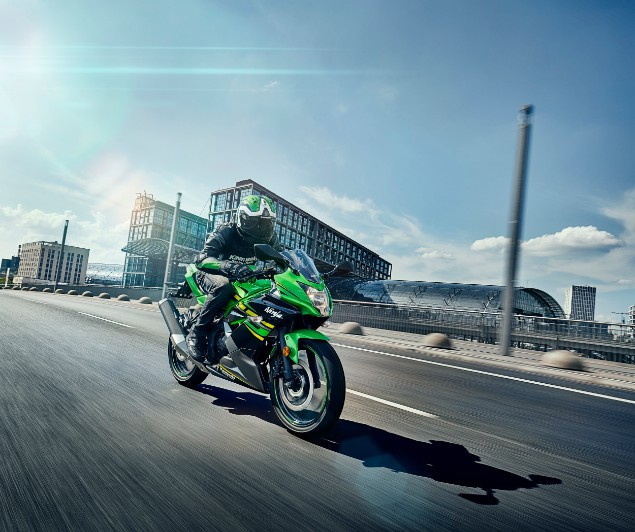 All too often in this category, manufacturers scrimp and cut corners on suspension and tyres in order to save money, but thankfully Kawasaki hasn’t.

The suspension is not only quality but sporty too and there’s even pre-load adjustment on the rear. Dunlop tyres take care of the grip and Bosch control the standard ABS.

Although the setup is on the sporty side, it’s still predictable, stable and easy-to-manage.

Kawasaki’s all-new Ninja 125 is loosely based on their Ninja 250SL, it’s essentially a smaller version in new clothes. This is a good thing, as it has proven reliability and established handling.

Underneath the attractive, eye-catching bodywork is a robust bike which should run for ever.