Despite the efforts of almost every major manufacturer, the UK market hasn’t taken to scooters with anywhere near the same enthusiasm as our European neighbours. 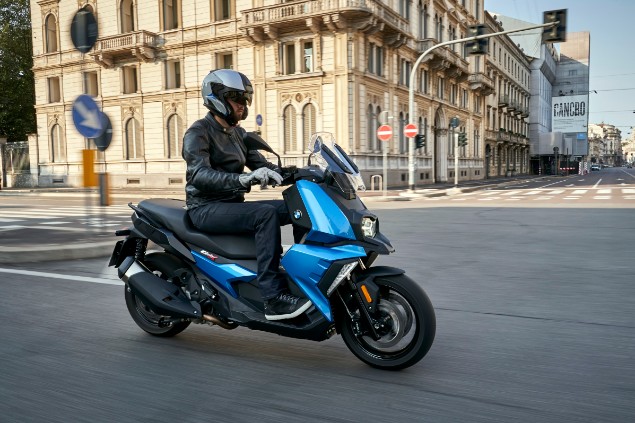 It’s a shame because when it comes to urban transport, scooters have many positives that ‘conventional’ motorcycles simply can’t match.

Over in Europe they understand the benefits of scooters far better and their cities are swarming with them but in the UK some people still remain a bit, well, snobby about the whole scooter sector.

Which means many riders, especially commuters, are missing out on fantastically practical machines built to deal with congested city streets. 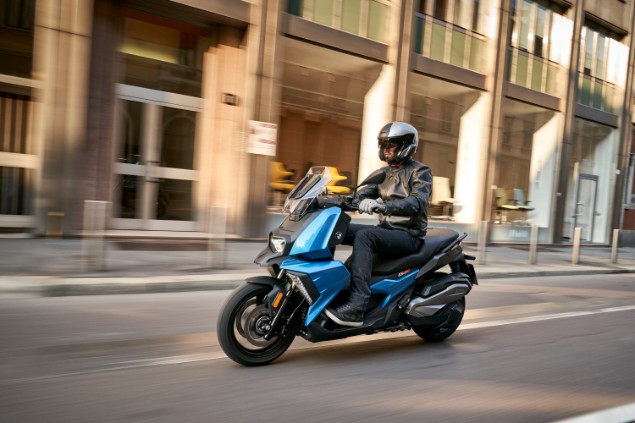 However with big-hitter BMW moving with greater conviction into the ‘urban transport’ segment through the all-new C400X (they only built their first scooter ever in 2011 remember), could this all be set to change?

The C400X is a ground-up new machine from BMW and has been designed to appeal to the ‘premium’ end of the middleweight scooter market.

It’s quite an important sector in terms of sales with over 40,000 new mid-sized scooters selling every year worldwide, so BMW haven’t pulled any punches. 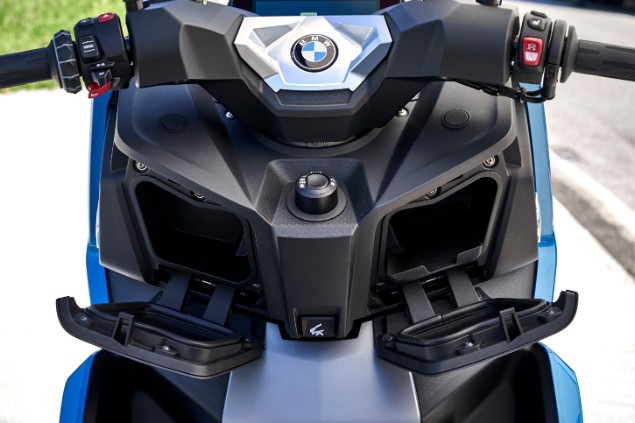 In order to take on the established players, which consists of the Yamaha XMAX 400, Suzuki Burgman and Kymco Xciting, BMW has given its C400X a very high standard specification, which can be further enhanced should you so wish.

The C400X is built in China and not Germany to keep costs down and quality up, but on paper the BMW certainly hits the mark.

Powered by a single-cylinder 350cc motor, the C400X makes an A2 licence-legal 33.5bhp with 25.8ftlb of torque. But more importantly it does this while delivering a claimed 80.7mpg, giving it a tank range of over 220-miles. That should be music to any commuter’s ears. 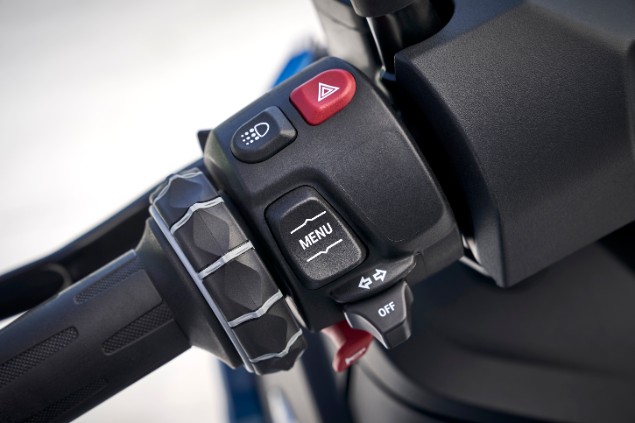 As standard you get an adjustable screen, ABS, traction control and two cubbyholes (one contains a 12v socket) as well as decent underseat storage.

We say ‘decent’ and not ‘good’ because while you can fit a half-face lid under the seat alongside some other bits an bobs, you need to be stationary and activate BMW’s Flexcase system (a section of the lower seat drops down to expand its storage) to be able to store a full-face lid.

But this spec is just the start, as with an expanding number of BMW models, you can tick a few boxes on the order form and end up with a 6.5-inch TFT dash that can be connected to a smartphone to make and receive calls and run a GPS system via BMW’s app, keyless ignition, heated grips, alarm, heated seats, a top box, the list goes on and on.

The downside is that each box ticked ups the bike’s price from its estimated (it won’t arrive in the UK until October) ‘just over £6000’ to something far higher, but that’s never stopped BMW owners from ordering every available accessory in the past… But, price aside, will the C400X appeal to scooter fans? And more importantly, non-scooter fans? 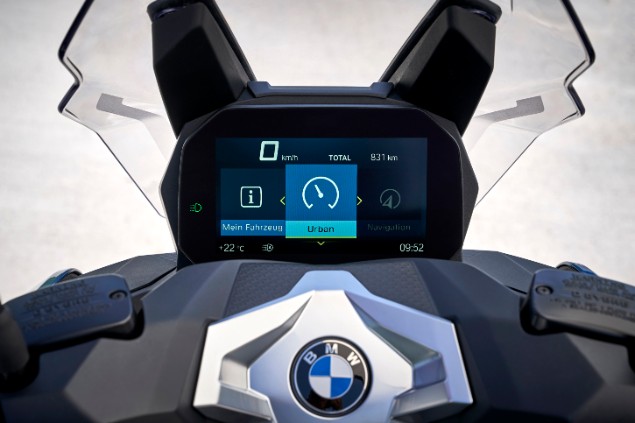 Visually, the C400X does look a premium product. There are lots of nice touches and it has a real feeling of quality about it, which is good. It’s a shame a few more of the optional extras aren’t standard (keyless ignition for example, which you get on some rivals’ bikes) but overall it appears well built. And it goes impressively to boot.

In town the C400X is nice and agile with a good turning circle and excellent balance, making zipping through traffic a dream.

The little single is peppy enough to zip away from traffic lights and pleasingly BMW have designed its twist-and-go’s transmission to offer quick initial acceleration, so there is less of the feeling of the power having to build up that you get on other scooters. 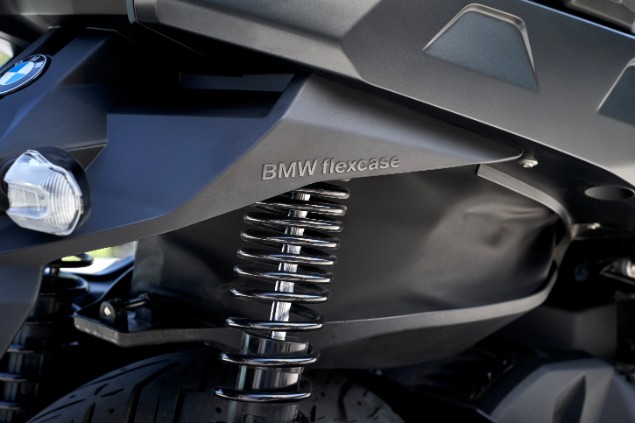 The brakes are sharp, the ABS and traction control good and the seating position comfortable. It’s a good city slicker and one that gets better when you leave the city’s limits.

BMW designed the C400X to have sporty handling with a short chassis, which is why you don’t have the option of the traditional scooter feet-forward riding position.

On the open roads this shows, as it carves through bends with surprising agility and also good levels of stability.

The rear suspension is a bit ‘crashy’ over bumps but the forks react well and the bike is rock solid at an indicated 86mph, which is good for a small-wheel scooter. 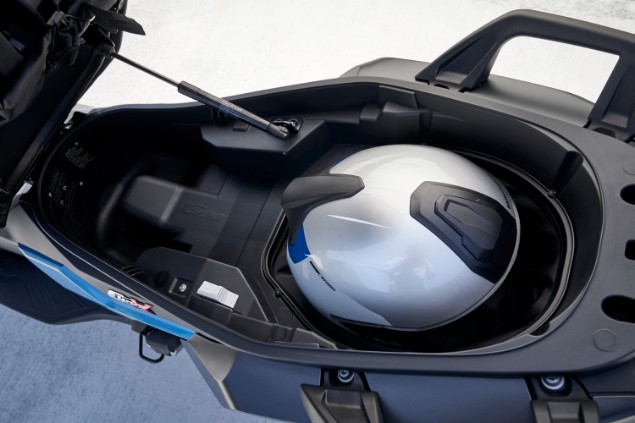 The screen is a bit small (typically there is an aftermarket accessory item you can buy), but overall it’s more than a match for its rivals and feels and responds better in the tight stuff thanks to its smaller physical size.

Overall while the C400X is unlikely to revolutionise the mid-sized scooter segment, it is a solid machine and one that will certainly have its fans.

The price tag may put a few riders off, however by the same token the fact that it is a BMW (and will have easy finance packages) will win some over. Will it win over traditional motorcyclists?

Probably not, but those that are tempted to try one out may well be surprised how much they like it and just how efficient scooters are at dealing with congested city streets. 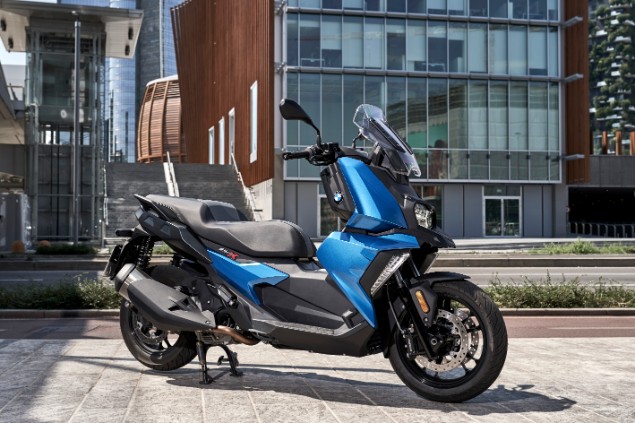 PUB FACT:
The C400X isn’t the only BMW model to be entirely built outside of Germany. The G310-series models are all produced in India by TVS Motor Co before being shipped around the world while the old F650’s single cylinder engine was built by Lonchin (the same firm who makes the C400X) in China before being delivered to Germany.

The BMW C650 scooter’s engine is also built abroad, by Kymco in Taiwan, which is odd considering they are rival maxi scooter producers. 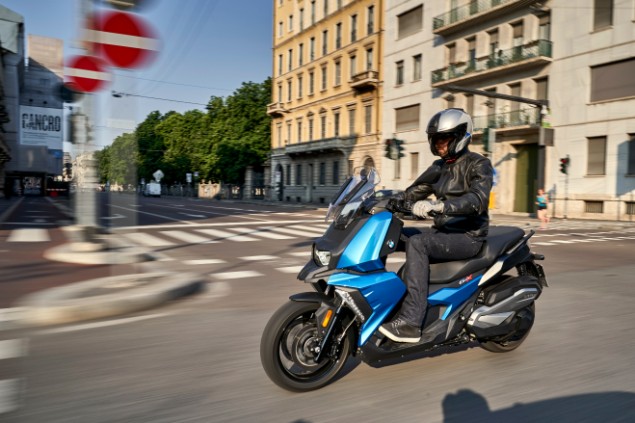