It’s been almost 10 years since BMW completely reset the superbike class with the launch of the original S1000RR superbike and for 2019 they hope to do the same with a completely new version. 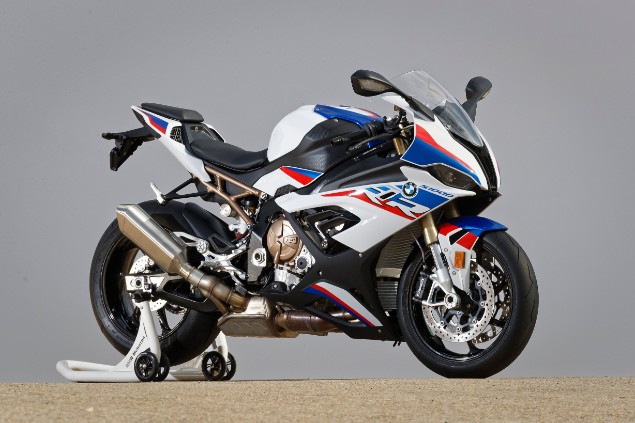 The new S1000RR is new from the ground up, barely shares a single component with the original model and is going up against ever-more focussed rivals like the Ducati Panigale V4R, Kawasaki ZX-10RR, Yamaha YZF-R1M, Suzuki GSX-R1000RR, Honda Fireblade SP and a host of other class rivals.

Overall kerbweight has been dropped from 208kg to just 197kg (and can go lower to 193.5kg with the optional M Package) with power up 8hp to 207hp and torque now quoted as 113Nm.

The bike loses the sometimes controversial but well-known asymmetrical ‘face’ of the old S1000RR in favour of a new full LED twin headlight set-up and a larger central air intake scoop. 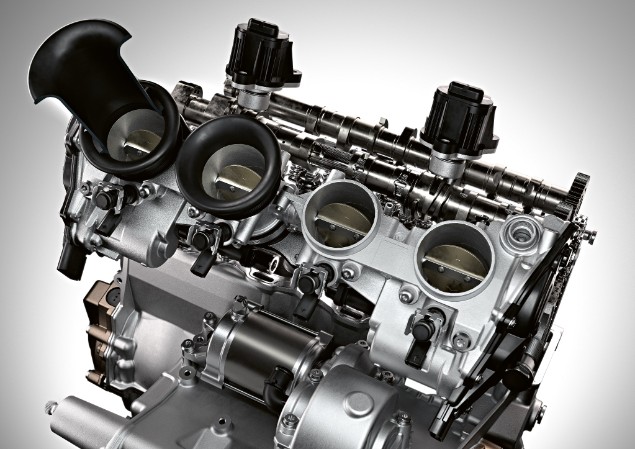 The heart of any superbike is the engine and for 2019 BMW has developed a completely new inline four-cylinder, 16v, DOHC motor which is 4kg lighter than the engine it replaces and introduces BMW’s variable valve timing Shiftcam system for the first time.

Shiftcam works by varying the valve timing and valve strokes on the intake side of the engine to essentially create two different engines in one where it can work at low revs to create fewer emissions and more power at high revs.

Shiftcam was introduced in the R1200GS model earlier in 2018 but this is the first time it has been introduced on a four-cylinder machine.

It works using a triple-section intake shift camshaft which has two cams per activated valve, mounted on a shift segment; one for partial load cam and one for full load cam, each one optimised for the best cam geometry. The system shifts between the two settings at 9000rpm.

This kind of close control over combustion, fuelling, ignition and valve timing is essential in high-performance engines in the light of current and even stricter regulations that will come into place in 2020.

The benefits of variable valve timing in this case are increased fuel economy by 4%, increased torque in the lower and medium speed range while also a boost to peak torque too. 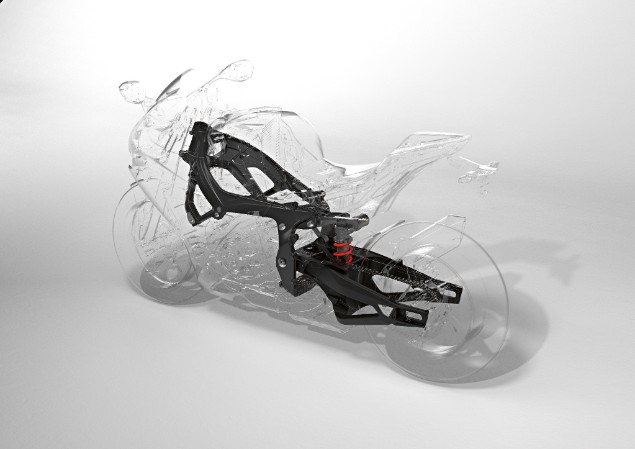 Part of the weight reduction on the new bike has seen the engine play a bigger role in the structural strength of the overall chassis.

As a result the frame is completely redesigned to suit the different riding characteristics of the new layout; in part this will have been done to try and make the new bike a little less stiff in order to try and make it a nicer racing bike for those at the highest level of competition.

The new bike has the latest generation of the electronically controlled Dynamic Damping Control (DDC) which features new valve and control technology. 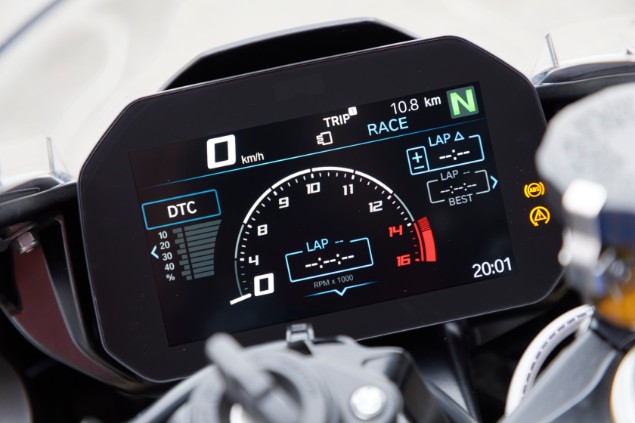 As before, the S1000RR gets four riding modes as standard; Rain, Road, Dynamic and Race but for those who want to explore further in track situations there are three Pro Modes that offer an additional three modes (Race Pro 1-3) that can be programmed by the rider.

These individually adjustable modes can work to adjust the Dynamic Traction Control (DTC), ABS and wheelie control along with the throttle curve by adjusting the torque delivery and even engine braking to suit the rider’s preference.

Pro Modes also include Launch Control for perfect race starts and a configurable Pit Lane Speed limiter and there is also an HP quickshifter that comes as standard and works both up and down the gearbox.

All of the electronic control systems on the bike are controlled through a new six-axis sensor cluster that works to look after the way the DTC, wheelie control, cornering ABS and launch control.

The new full-colour Thin Film Transistor (TFT) dashboard brings the S1000RR right up to date with the very latest of class rivals offering a range of information and different screen displays available too.

The ‘Pure Ride’ mode is designed to work when the bike is being ridden on the road while three ‘Core’ screens are designed for use on the track with an analogue-style rev counter in Core 1 and 2 and as a barchart in Core 3.

BMW has always been smart when it comes to selling options and accessories to customers and the new S1000RR isn’t any different in that regard with a large choice available.