Ducati’s extreme off-road capable Multistrada 1260 Enduro has been given a fairly hefty engineering and electronic makeover for 2019 with a larger-capacity engine at the forefront of the changes. 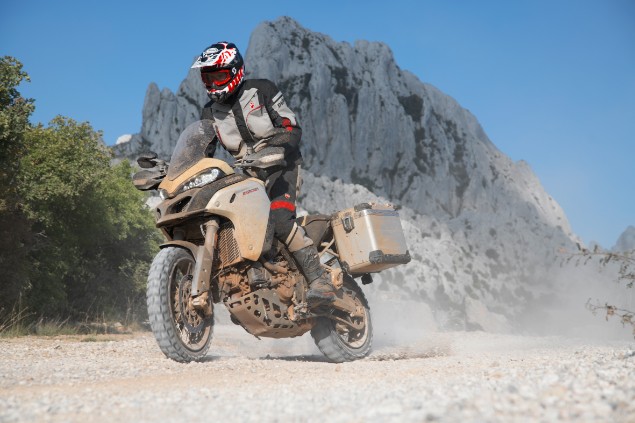 The previous model was the Multistrada 1200 Enduro which had a 1198cc capacity, but the new motor has been enlarged to 1262cc thanks to a longer stroke which has been lengthened from 67.9mm to 71.5mm.

Engine work around this change to the capacity has led to the development of new piston rods, a new crankshaft and new cylinders along with a recalibrated Desmodromic Variable Timing (DVT) system.

There have been a host of other mechanical changes around the engine with a shorter first gear aimed at making off-road riding easier, there’s a shorter gear DVT is Ducati’s variable valve timing system that works with the signature Ducati desmodromic valve closure system and keeps a firm grip of engine emissions.

Ducati says it has concentrated engine development on the delivery of torque from the new engine and is claiming the new bike has more torque at 4000rpm than any other rival in the same adventure bike category. 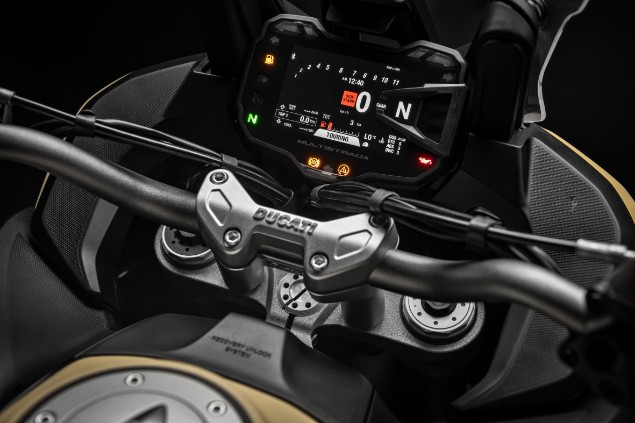 Ducati has been at the forefront of the development of electronic rider aids and the new Multistrada 1260 Enduro has the full complement of systems and there are a lot of acronyms that Ducati is using on the new bike.

For a start there’s an IMU which is the six-axis Bosch Inertial Measurement Unit which is the controller for many of the systems including the cornering ABS, Ducati Cornering Lights (DCL), Ducati Wheelie Control (DWC, new Vehicle Hold Control (VHC) which holds the brakes on and is useful when setting off from odd inclines, and there is a new version of the semi-active Ducati Skyhook Suspension (DSS).

Additionally there is a new Human Machine Interface (HMI) which works through a 5in Thin Film Transistor (TFT) screen along with the Ducati Multimedia System (DMS) to play music and hook up to a Bluetooth-enabled helmet and smartphone for phonecalls too. 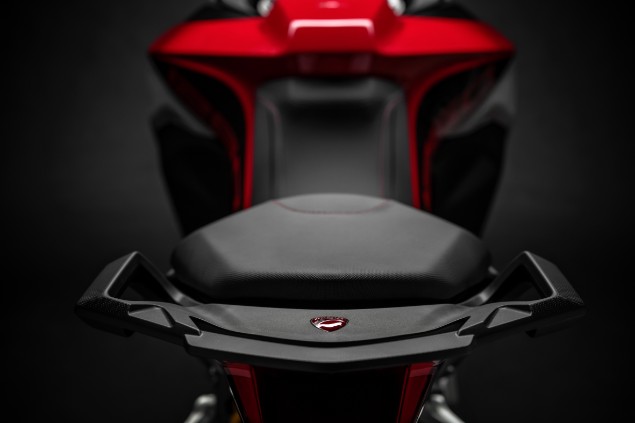 Much to the relief of anyone under about 6ft tall, the Multistrada 1260 Enduro has a lower seat height of 860m which is 10mm lower than the 1200 Enduro and combines with lower handlebars and centre of gravity to make the bike a little more short rider friendly as standard.

There are also an even lower 840mm and higher 880mm seats to choose from as options. 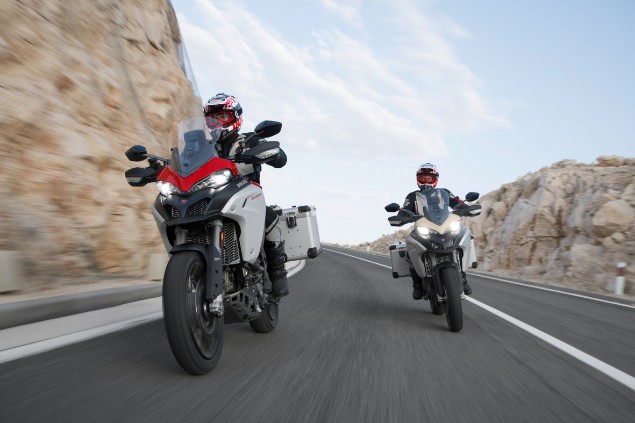 Prices have not been revealed for the UK market at this stage.