Ducati’s Scrambler range landed in 2015 to much hype and media attention. Designed to appeal to new and returning riders through a simple, friendly specification and old-school looks, Ducati’s lifestyle sub-brand has become a run-away success. 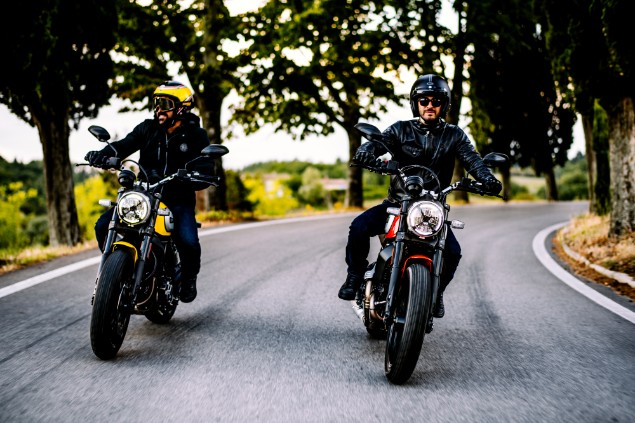 To date, more than 55,000 bikes have been sold in the various different models and capacities. The bikes themselves are good at many things, from a city commute to weekend back road riding all the way to trackdays, and you’ll probably even see the odd one crossing a continent too.

For 2019, the Icon (the model that launched the family) gains one big new feature and a raft of other tweaks. The big news is the Italian factory has thrown an Inertial Measurement Unit (IMU) at it, which means the non-switchable ABS system becomes cornering ABS, able to adapt accordingly to lean angles.

In turn, the IMU also enables self-cancelling indicators. While this technology is a nice touch, (and not that new considering it was available on BMWs in the late 1980s), cornering ABS is a substantial addition to what is an entry-level bike.

It will not only reassure riders no matter their level of experience, but give the Scrambler a big edge over its closest competition. 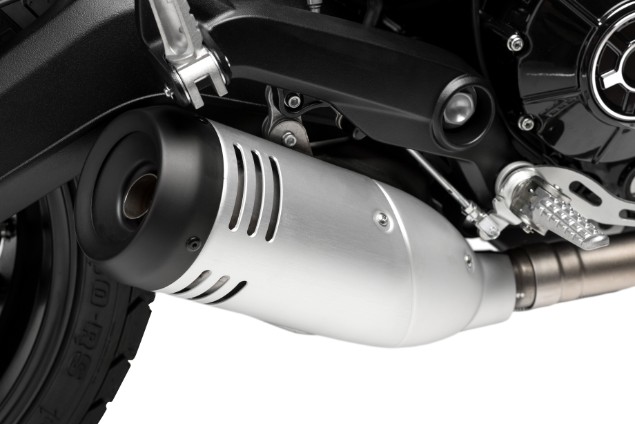 The rest of the tweaks are small but work out to be considerable overall and include the exhaust itself which has a darker, more protective coating to protect it from the elements, as well as an updated design for the silencer.

The seat unit has been reworked to be flatter, more supportive and slightly wider nearer the tank, plus it gains a decorative strip running around its top perimeter.

The switchgear on the handlebars now comes directly from the 1100cc Scrambler, and the wheels have a new machined finish, similar to the 1100’s. 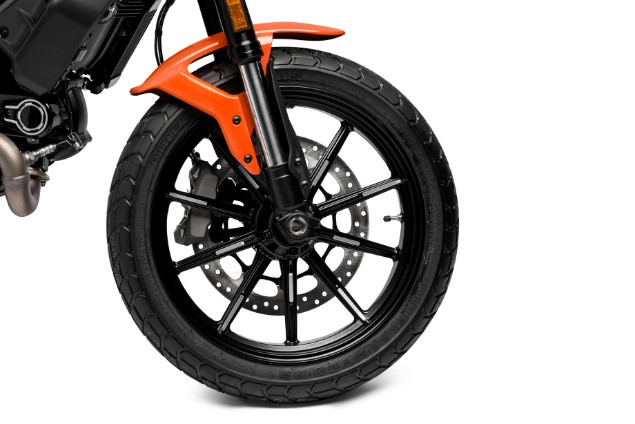 Fuel tank panels have been updated to be slightly beefier giving a more substantial look, and they also gain a black surrounding outline which is a nice nod back to the original 1960s Scrambler. The engine cases are now fully blacked out, and both brake and clutch levers are adjustable.

The headlight, just like the updated switchgear and wheels, also comes from the 1100 Scrambler. That means it gains LED daylight running lights and an updated design.

And yet there’s more: the suspension has been refreshed for a plusher ride, the clutch is now hydraulic, and the dashboard now boats a fuel gauge and gear position indicator.

And, finally, you can now connect your smartphone via bluetooth in order to control your music on the move using the handlebar controls. 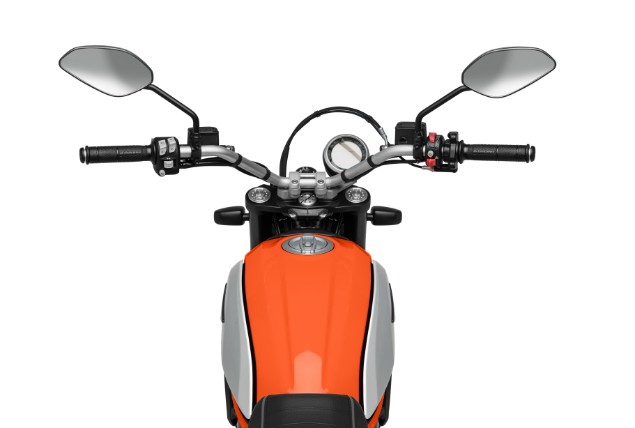 What looks like a routine update actually adds up to quite a substantial refresh of the Scrambler Icon. Side by side with the old model it looks and feels far more premium.

Not only does it have more presence via the bolder tank, but all the peripherals are of far higher quality. The updated headlight and switchgear makes an appreciable difference, as does the updated wheel design.

The chassis, engine and the rest of the bike is left, mostly, completely unchanged, but there’s a new colour going by the name of Atomic Tangerine (orange).

To ride, it’s almost exactly the same as the previous generation, playful rather than powerful, and effortlessly easy to just get on and go thanks to the wide spread of torque.

It’s down 1hp on the previous generation, meaning it makes 73hp rather than 74hp, but you’ll never notice.

What you will definitely notice though is the improvements made to the suspension which now performs far better over bumps and when pushed hard on twisty roads. 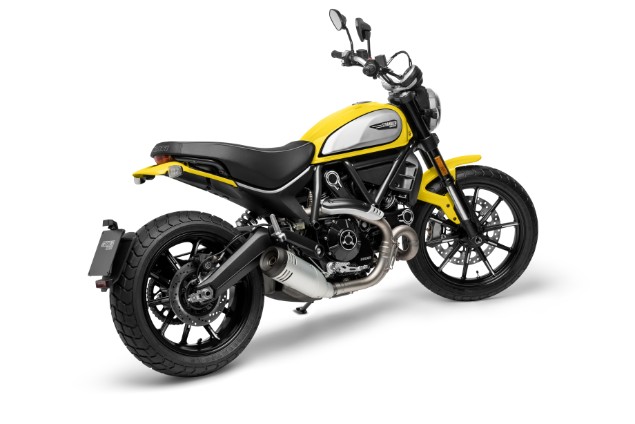 It’s the every-day stuff you’ll appreciate on the new Icon; the switchgear is nicer to use and look at, the gear and fuel indicators are useful and the seat’s definitely comfier.

There’s very little to dislike, and all that can be moaned about is occasional false neutrals and an indicator button that, when repeatedly pressed, prompts the rider to reset the current trip meter.

Summed up, Ducati have done a great job updating the Scrambler, and handily they’ve done it just in time for those coming to the end of a 3-year PCP finance deal on the original model.

Cornering ABS on this level of bike is a big stake in the ground and one that every rider will pay attention to.

To be harsh, the previous generation could have been accused of being built to a budget, but that’s not the case with this new generation, because all of those changes add up to greater than the sum of their parts. Ducati’s Scrambler Icon really is a premium proposition, and fully justifies its premium price tag.