Ducati is celebrating 25 years of the Monster model by launching a limited edition version; the Monster 1200 25 Anniversario. 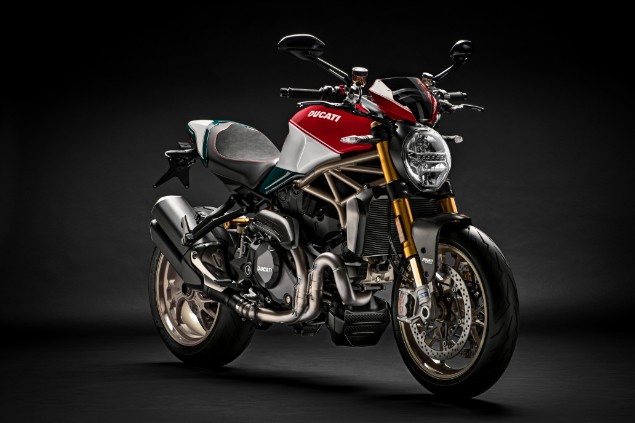 Just 500 examples of the Anniversario will be built in order to celebrate the first Monster model starting production in 1993, following its reveal at the Cologne motorcycle show in 1992.

The Monster model is credited by many as the bike that saved the Italian company from financial collapse and has remained a constant part of the Ducati range ever since.

The new model has an exclusive colour scheme based around the red, white and green of the Italian flag. This paint job covers the front fairing, fuel tank and pillion seat cover, while the seat is embroidered with a 25th anniversary logo – all inspired by the 2008 Monster S4RS Testastretta Tricolore model.

The adjustable brake and clutch levers, as well as the number plate holder, are also made from aluminium with carbon-fibre front and rear mudguards and exhaust heat shield. 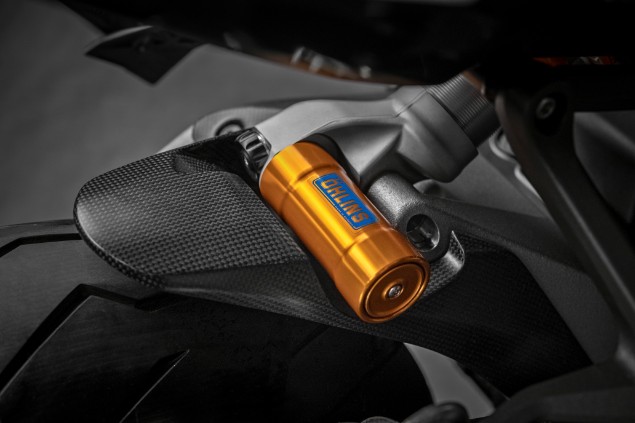 Top-quality Ohlins suspension features on the new 25 Anniversario model with 48mm diameter front forks and a fully-adjustable Ohlins shock, complemented by an Ohlins steering damper too.

The braking system is built around high-quality items with twin Brembo 330mm diameter brake discs, an M50 monoblock caliper up front and a single 245mm diameter disc at the back. 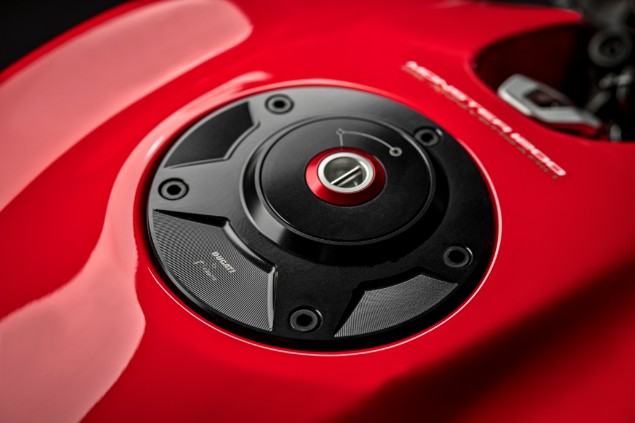 The latest version of the 1198cc Ducati Testastretta 11 V-twin engine produces 147bhp at 9250rpm with maximum torque of 124Nm delivered at 7750rpm.

Ducati has worked hard to increase mileage available between major services in order to try to reduce costs for owners. On the Testatstretta 11 engine a valve clearance check is only needed every 18,000 miles.

Ducati has some of the most advanced electronics available on any road bikes and many of the latest specification rider safety aids are fitted to the 25 Anniversario Monster.

The new bike will be available from September. The price has not been set yet.