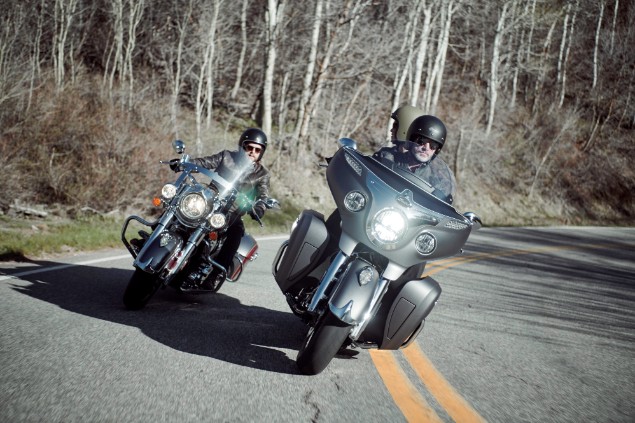 Resurgent American manufacturer Indian is continuing new model updates and changes as it consolidates the flood of new models that have arrived since the brand was reborn in 2014.

Indian is an old motorcycle brand but was only reborn in the modern era a few years ago thanks to the massive investment by parent company Polaris Industries.

Since then, a completely new model range has been created, the company has started racing in the AMA Flattrack championship and embarked on huge publicity stunts like that of getting stunt riding legend Travis Pastrana to replicate three of Evel Knievel’s biggest jumps in a single day.

New for 2019 are some fairly major revisions to the biggest bikes in the range; the Chief, Springfield and the Roadmaster models that get a raft of new technology along with new colour schemes.

All of these bikes share the same engine and chassis with a 1811cc air-cooled V-twin engine and were the first to be launched in this new era in 2014. 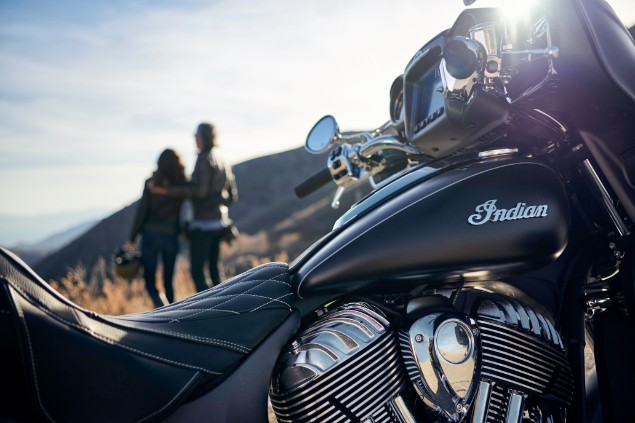 Selectable Riding Modes are now available and can be adjusted between three different modes: Tour, Standard or Sport. 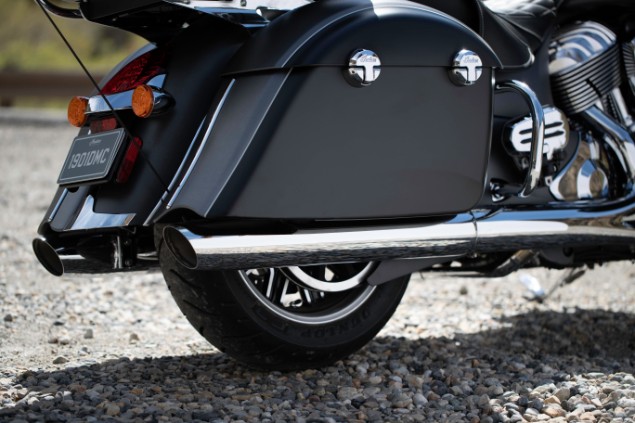 One innovation on the models is the newly-introduced ‘rear cylinder deactivation’ which, in a set series of circumstances, deactivates the rear cylinder of the V-twin motor to reduce engine heat for improved rider and passenger comfort in traffic. The cylinder instantly reactivates the moment the throttle is applied.

The lower fairing on the big Roadmaster have now been improved to allow more air to flow to the rider.

The air vent is adjustable to be all-the-way open for maximum airflow or fully closed to keep out bad weather. These new lowers can be retrofitted to existing customer bikes with the fitment of new engine bars.

The audio system has also been upgraded with improved sound quality and a dynamic equaliser that compensates for increased wind noise by adjusting the sound. 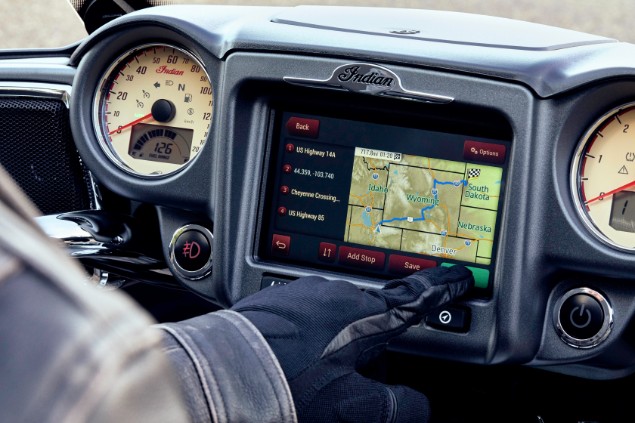 Steve Menneto, President, Indian Motorcycle said: “These enhancements for 2019 showcase our commitment to listening to riders and continuously improving their experience with our products,” said.

“We are laser-focused on delivering a best-in-class riding experience, and these new technologies represent a focus on quality that will continue long into the future of Indian Motorcycle.”

Also for 2019, Chief Dark Horse and Springfield Dark Horse receive several style updates. These models now have gloss black finishes on the engine including the primary, valve, and cam covers, push-rod tubes, as well as on the exhaust and saddlebag hinges. 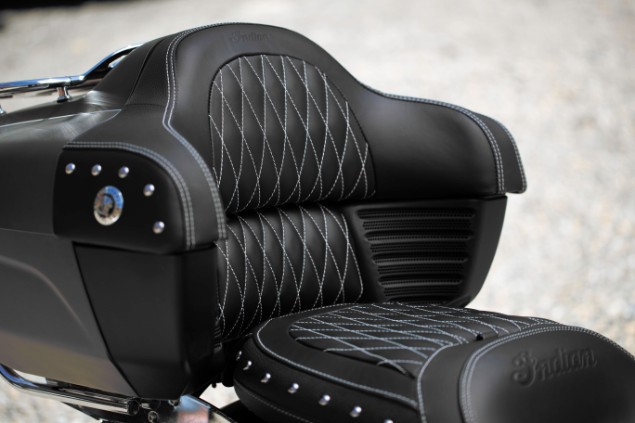 New paint and technology for Scout and Bobber

The Scout range is one of the newest in the Indian range so changes for 2019 are relatively minor in the form of new paintschemes and USB charger ports.

The Scout has a smaller-capacity 1133cc liquid-cooled engine that produces 94bhp and is aimed at being a more accessible and manageable bike for those who want something a bit smaller than the vast Chief and Roadmaster tourers. 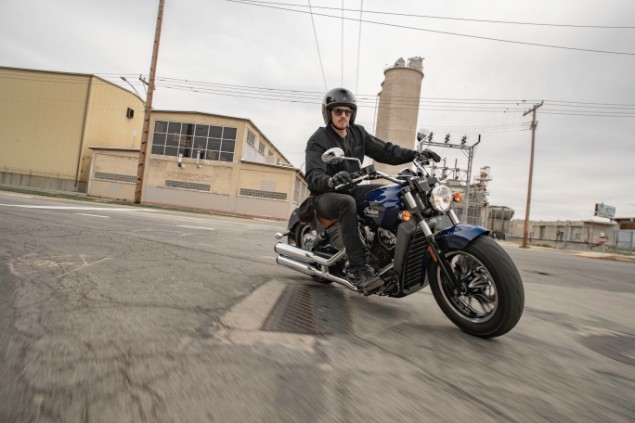 Reid Wilson, Senior Director for Indian Motorcycle said: “The iconic Indian Scout family is a favourite amongst riders across the globe.

“Since the addition of the Scout Bobber in July 2017, we’ve continued to evolve our Scout offering to meet the tastes of various riders, whether they prefer the heritage-inspired look of the Scout or the stripped-down, blacked-out attitude of Scout Bobber.

“The refinements we’ve made for 2019 and the new paint options accentuate the wide appeal of the Scout line.”