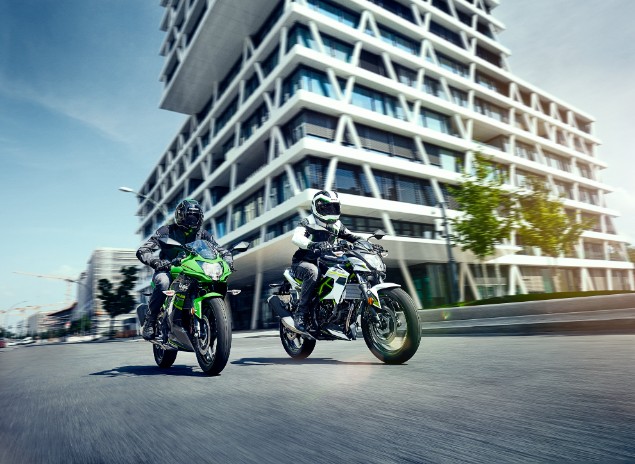 Aimed at the A1 licence category, the new Ninja 125 sportsbike and the naked Z125 were teased at the Milan motorcycle show in late 2017 but this is the first time the bikes have been seen in finished form.

Kawasaki is the last of the big four Japanese firms to bring out 125 models with Suzuki the third of four with the launch of the GSX-R125 and GSX-S125 naked version.

Honda and Yamaha have been in this market for a long time with the Honda CBR125R and CB125R and the Yamaha YZF-R125 and the MT-125. 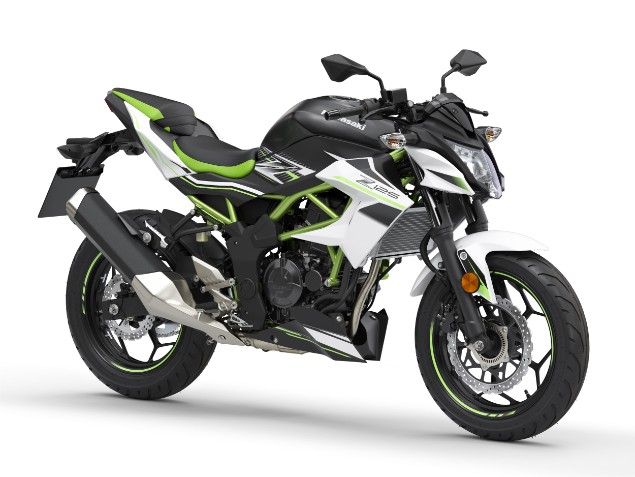 Kawasaki is claiming the engine offers good high and mid-range power along with a typical strong Kawasaki high-revving top end.

Kawasaki has clearly worked hard to try and make this entry-level 125cc machine appeal to those riders who have a desire for a bigger bike but will have to wait until they can expand beyond a 125cc, A1 licence as the Ninja 125 looks very similar to the World Superbike dominating ZX-10R raced by four-times WSB champion Jonathan Rea.

The Z125 uses the same idea of trying to ape the styling of the larger Z750 and Z1000 models in the Kawasaki range in order to try to disguise the smaller-capacity 125cc motor underneath.

We’re going to have to wait a little while longer to find out the full details of the two bikes along with pricing for the UK market as that will be revealed at the Intermot Cologne motorcycle show.