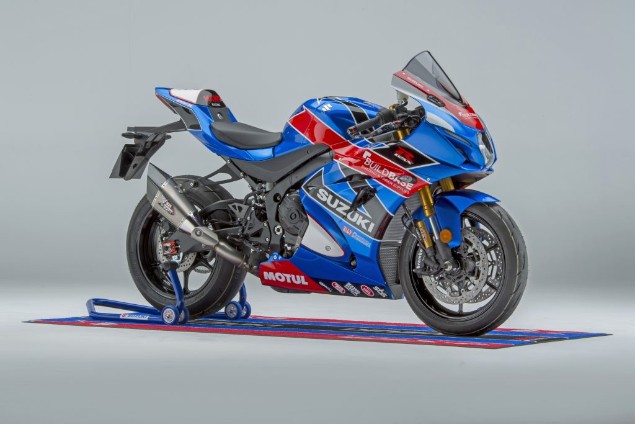 A replica of the Buildbase British Superbike Suzuki GSX-R1000R is being launched in the UK with just 50 examples being made available.

In terms of styling, the replica is as close as possible to the racing bikes campaigned in the ultra-competitive British Superbike series and each bike comes with a numbered fuel tank plaque, a host of Yoshimura components along with extra accessories for a total price of £19,999.

Styled to look exactly like the British Superbike and Superstock 1000 racers of Bradley Ray, Richard Cooper, and Billy McConnell the bikes also come with a Yoshimura R11 SQ performance exhaust and hangar along with Yoshimura mirror blanking plates for use when the bike is on track. 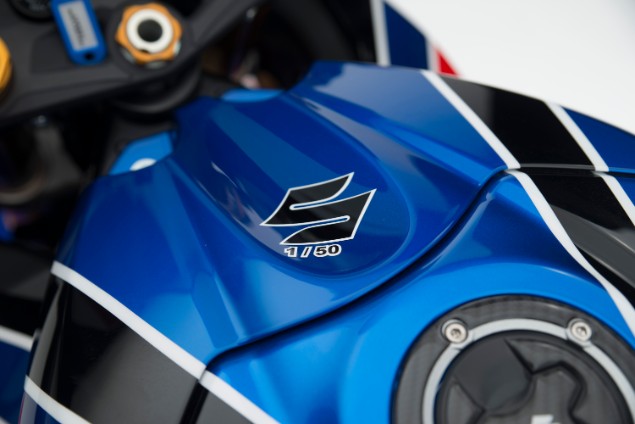 The Buildbase Suzuki team has taken wins in both the British Superbike and Superstock classes this season, with Billy McConnell also currently holding the National Superstock 1000 championship lead.

The GSX-R1000R Buildbase Suzuki replica – along with the standard GSX-R1000R – is available on Suzuki’s current 2,3,4% finance campaign, which allows buyers to choose from two, three, or four-year deals, an APR to match, and whether they’d prefer PCP or a hire purchase agreement.