Honda has launched three new CB500 models based around the same engine and chassis with all three offering something a little different to suit different riders. 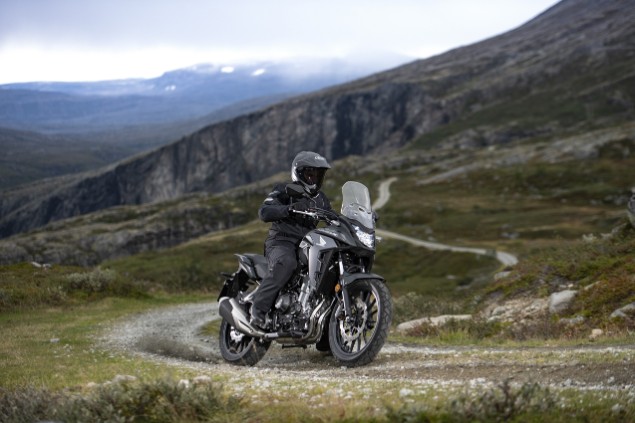 The adventure-style CB500X is joined by the naked CB500F roadster and the sporty, faired CBR500R and all get a raft of improvements for 2019.

We’ve reviewed each bike separately as despite them sharing much in the way of mechanical components, there are some significant changes between them.

A new 19” front wheel, longer travel suspension and upgrades to its engine and chassis has given the 2019 Honda CB500X a new lease of life on and off road.

Ever since its launch in 2013 the CB500X has delivered easy fun and excitement to A2 licence holders.

Now with new, CRF1000L Africa Twin-inspired bodywork, the CB500X is still powered by a 47bhp (the restricted A2 licence limit) 471cc parallel twin cylinder motor, but there’s markedly more get up and go in the midrange – 4%, to be precise, between 3000rpm and 7000rpm. 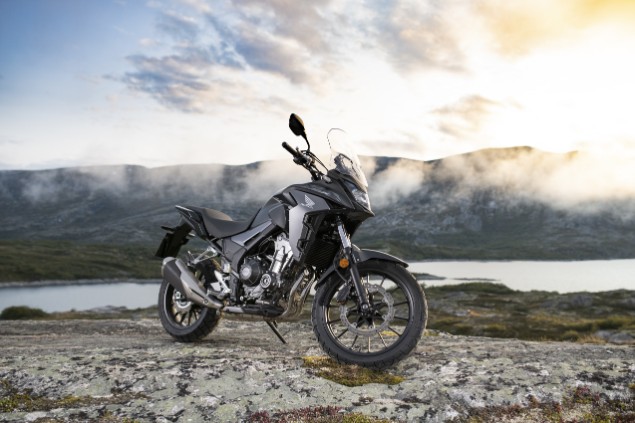 Now the Honda is even smoother and friendly at low speeds, but out on the open road it’s revvy, playful and fun. A new exhaust can gives the CB500X a deeper, more rumbling soundtrack, which adds to its character.

The changes to the engine are common across the range with the extra grunt coming from revised valve timings – the intake valve lift is brought forward and raised by 0.3mm to 7.8mm.

The battery has been moved back to allow a bigger airbox and a straighter intake funnel and like the similarly updated naked CB500F, the fuel injection mapping is tuned for more midrange kick, compared to the peakier CBR500R.

Controls have always been light and user friendly, but now they’re even smoother with the introduction of an assist/slipper clutch, which makes the lever 45% easier to pull in.

Gears are also new with nine smaller dogs instead of six, for a cleaner change. 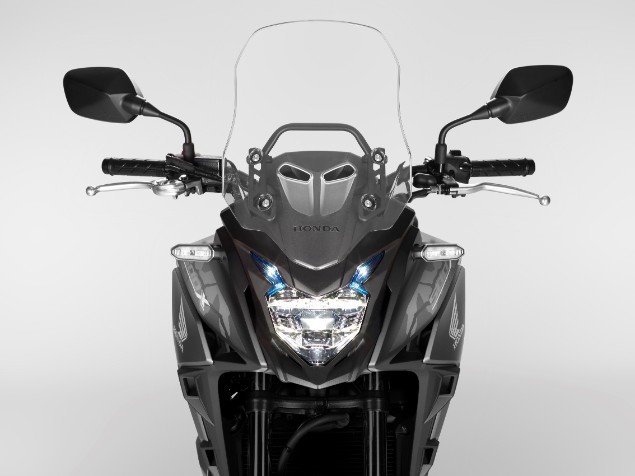 The riding position is as spacious as ever, which is one of the advantages of its adventure design. It’s a tall bike, but not excessively so once you’re aboard and have squashed the suspension down.

It’ll comfortably tackle easy trails, but despite its off-road pretentions, the Honda is still precise, stable and reassuring on the road. New fork springs and single tube rear shock give a smoother ride and control in the corners

Braking power is more than you’ll ever need, but won’t overawe new riders and the new ABS system is now smoother. Hazard lights now flash in an emergency braking situation. 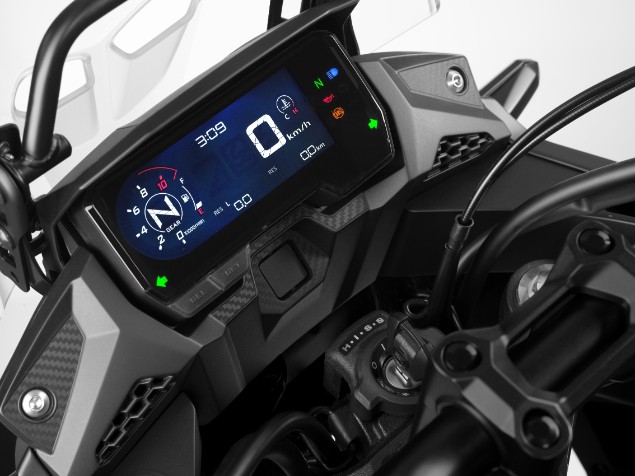 A new two-colour LCD dash is small but easy to read at a glance and it now features a gear position indicator, instant and average fuel consumption, peak rpm indication and upshift reminder light.

Fuel range from its 17.5-litre tank is still excellent with Honda claiming 305 miles from a tank.

Of all the updated 2019 CB500 models the X is the most impressive and feels so much more than ‘just’ a restricted licence adventure-style bike.

Honda has retained its easy-going nature and mixed in a healthy does of all-terrain fun.

Ever since its launch in 2013, the CBR500R has always been about delivering easy thrills to sportsbike-loving restricted licence holders.

Not only is it easy to ride, it impresses with its surprising performance, flexible power delivery, excellent fuel economy, classy build, low seat height and price. The new 2019 CBR500R moves the game on even further. 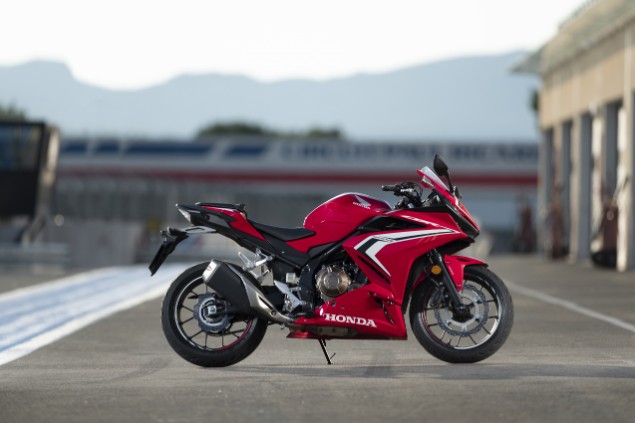 Fitted with sleeker aerodynamic styling to mimic the Fireblade, the CBR500R is still powered by a 47bhp (the A2 licence limit) 471cc parallel twin cylinder motor, which now has 4% more power and torque between 3000rpm and 7000rpm.

Now the engine is so flexible, it feels like it’s actually bigger than a 500, making it easier to easier to ride around town with fewer gear changes to keep it on the boil.

Honda has also tweaked the riding position on the CBR500R, canting the rider eight degrees further forward, but it’s still spacious and easy on the wrists, even with its new tapered handlebars, which are 36mm further forward, 24mm lower and 9mm narrower.

A new single tube rear shock and progressive fork springs offer a plusher ride and although there were never any issues with the precision and handling of the previous CBR500R, now it’s even easier to shuffle through corners, thanks to that new suspension and a handy 3kg weight reduction – gears, ABS modulator and subframe are all lighter and the plastics thinner. 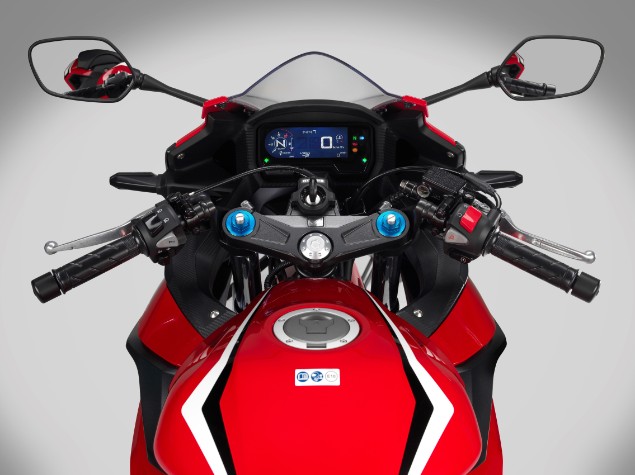 A radial mounted Nissin twin piston caliper provides strong, but progressive braking power and a new ABS system is smoother and less intrusive until it needs to be. Hazard lights flash in an emergency braking situation.

Honda’s wicked little sportsbike is friendly, exciting and looks the part, too. Having an A2 licence has never been less of a hardship.

A series of upgrades for 2019 has made Honda’s affordable new CB500F easier to ride and more thrilling than ever.

Launched in the modern era in 2013, the CB500F has always wrapped naked thrills in a user-friendly package, making it the purest and friendliest of the CB500 bunch (they’ve sold over 70,000 of them), not to mention cheaper than its CBR500R and CB500X stable mates.

Honda’s new CB500F has sleeker, more aggressive styling and a chunkier fuel tank that gives you the feel of bigger machine. 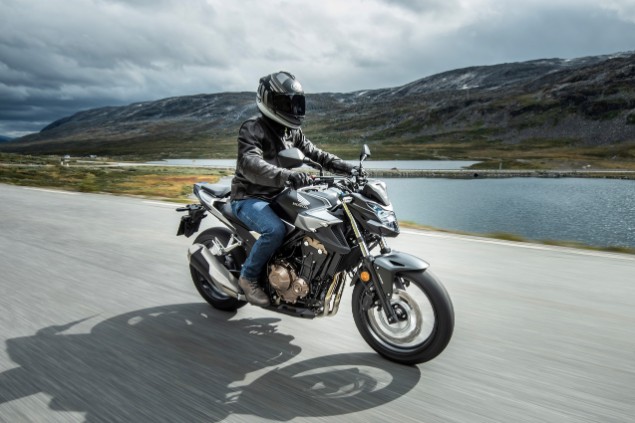 Ultra-reliable and dependable, the engine is gruntier than you’d expect from a modest 500, which will be good news for your commute, but there’s plenty of excitement at the top of the rev range, for when you want to leave the town behind you and have some fun in the countryside.

The battery has been moved back to allow a bigger airbox and a straighter intake funnel. Like the CB500X the fuel injection mapping is tuned for more midrange kick, compared to the peakier CBR500R.

CB500s have never been thirsty animals and Honda claims you can eek 303 miles out of a full tank.

Ride quality is improved and the handling sharper, thanks to a new rear shock and progressive fork springs. A 2kg weight reduction makes the Honda even easier to manage, thanks to lighter gears, thinner plastics, a new rear subframe and a smaller ABS modulator.

Brakes are powerful, progressive and hazard lights now flash during an emergency stop. 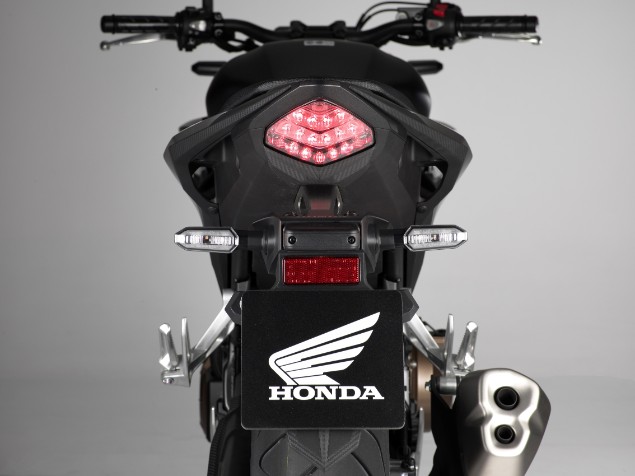 The Honda’s upright riding position is friendly on joints and its low 785mm seat height makes it easy to manage at low speeds.

There are lots of pleasing details, for such a modestly priced machine, too, including a new two-colour LCD dash, which now features a gear position indicator, instant and average fuel consumption, peak rpm indication and upshift reminder light.

Honda has widened the appeal of its new CB500F with lots of well-chosen upgrades. Now, not only does it look the part, it’s a fun and friendly little naked in its own right.