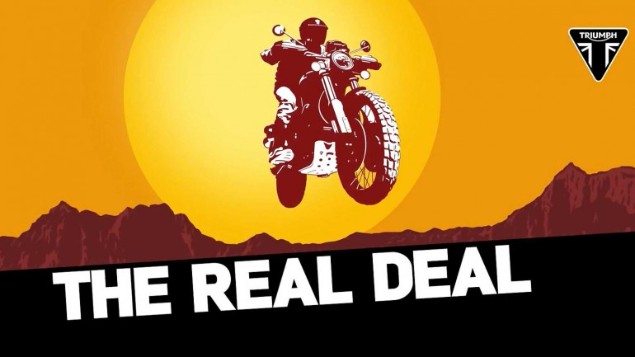 British manufacturer Triumph will be unveiling a larger capacity version of the current 900cc Street Scrambler model in a matter of weeks and has already been teasing us with a video clip.

The video clip may only be a short one but it does reveal a bike riding off road and that the bike will be revealed on October 24. This date sits outside of both of the two major motorcycle shows at both Cologne and Milan which suggests Triumph will be running a standalone event to reveal the bike.

It was barely ever in doubt a larger Scrambler would be added to the Triumph model range as the company needs this bike to go up against the like of the Ducati Scrambler 1100 and the BMW R nineT Urban G/S.

While the Ducati and the BMW are very much aimed at looking like they can go off road but actually being road bikes at heart, Triumph, however, seems to be adding a decent level of off-road ability to the Scrambler 1200.

Add in the fact the bike appears to have the trademark off road sized 21inch front wheel and it adds more weight to this argument. 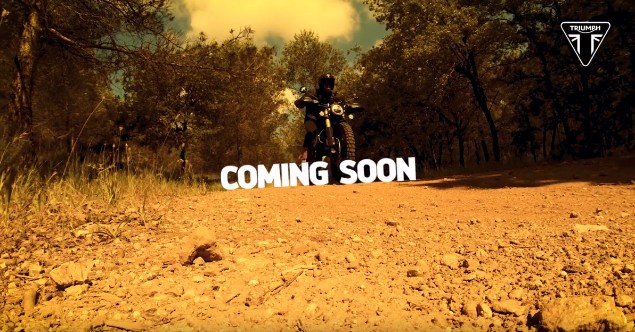 We have a pretty good idea this is what Triumph has planned thanks to spy shots that have been taken showing the bike fitted with substantial and high-quality front suspension capable of soaking up some off-road punishment.

The Scrambler 1200 will likely take the existing ‘high-torque’ 1200cc eight-valve, single overhead cam, liquid-cooled parallel-twin with the charismatic 270 degree firing order already in use in other Triumph models such as the Bonneville, Thruxton and Bobber.

Triumph do have a few variants of the 1200cc engine but it’s almost certainly going to the 76bhp and 78ft lb variant named ‘high-torque’ by Triumph.