Triumph has revealed two new versions of the Scrambler 1200 with both covering on and off road ability and a wealth of customisation parts available to make them individual. 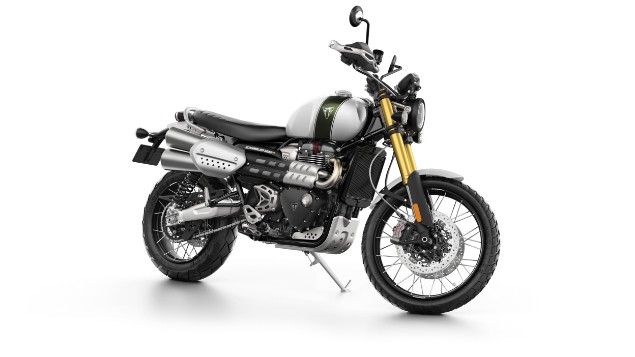 Both models share the same 1200cc High Power Bonneville engine which has been tuned specifically for the two new Scrambler models with a 90PS peak power output delivered at 7400rpm; this is a healthy 12.5% up over the engine used in the Bonneville T120. Maximum torque of 110Nm is available at just 3950rpm.

While the Triumph Scrambler 1200 range may have the look of traditional and simple motorcycles, they actually feature a large array of the latest technology aimed both at making the bikes safer to ride and easier to integrate into other technology. 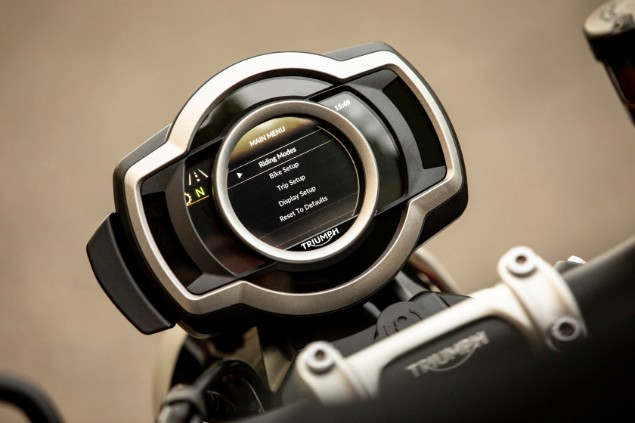 One new development is the world’s first integrated GoPro camera control system which is also joined by Triumph’s first turn-by-turn navigation system along with Bluetooth phone and music operation.

In order for the Scrambler 1200XE to be capable of delivering more extreme off-road riding ability it has an extra 50mm of wheel travel which will allow the Ohlins suspension to soak up bumps. 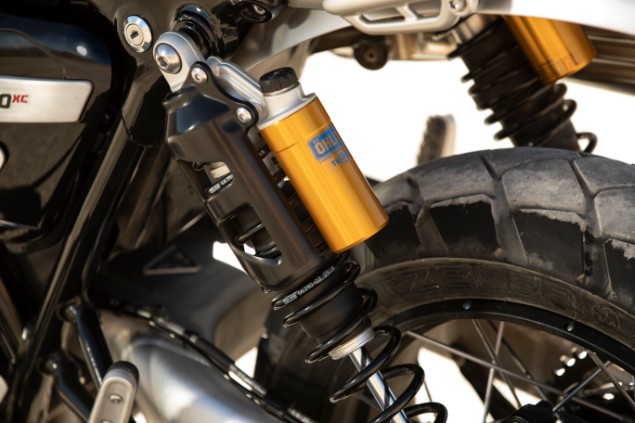 The off-road element is also boosted with a 21in diameter front wheel which increases steering stability over bumpy terrain, folding footrests which are adjustable on the XE model, along with first-in-class tubeless tyres on spoked wheels.

Triumph has been extremely successful in selling customisation parts to the modern retro customers it has got with the new Bonneville class and there are more than 80 dedicated Scrambler custom accessories.

These accessories range from parts aimed at making the bikes look different to actual parts like high-level mudguards, a Arrow carbon-fibre exhaust silencer and panniers that give the bike some extra distance practicality. 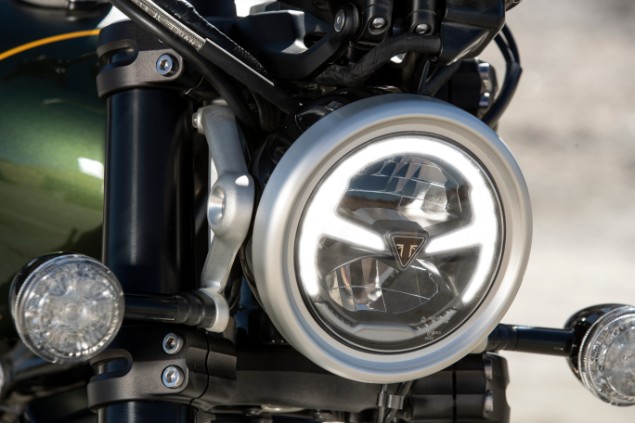 To make life easier for owners, Triumph is offering two new inspiration kits; Escape Kit and Extreme Kit which pulls together a group of options in packs.

Colours available include both gloss and matt black, Khaki Green and Brooklands Green for the 1200XC with white, green, blue and gloss black for the XE model.