The UK’s bestselling motorbike manufacturer, Honda, is launching a new rider scheme at dealerships across the country.

Each Honda dealership is offering new riders £150 to put towards clothing and accessories or Compulsory Basic Training (CBT) when a customer orders a 125cc model or smaller bike, including scooters and mopeds.

The ‘Get On Board’ package launches this month and those interested need to register online to get a unique discount code to redeem at their chosen dealership.

Nick Campolucci, Head of Motorcycles at Honda UK, said: “We are hugely excited about these events, which allow those thinking of getting on a motorcycle the opportunity to find out more, as well as giving them a helping hand to get kitted out or trained up.”

As well as a sales push for the Japanese manufacturer, Honda’s initiative is also being used to motivate young people to get on two wheels instead of four after a drop in the number of motorcycle tests taken in 2013/14.

In 2013/14, 30.5 thousand motorcycle test passes were recorded by The Motorcycle Industry Association (MCIA), almost 15,000 less than over the previous 12 months.

This is something Honda, and other manufacturers, will be keen to address however in 2014, riders aged 16-20 years old requested around one fifth of all quotes on The Bike Insurer – suggesting the slide isn’t quite as alarming as it seems.

125cc bikes and under were also the most popular bikes according to our data, accounting for more than 40 per cent of all motorcycle insurance quotes on The Bike Insurer. 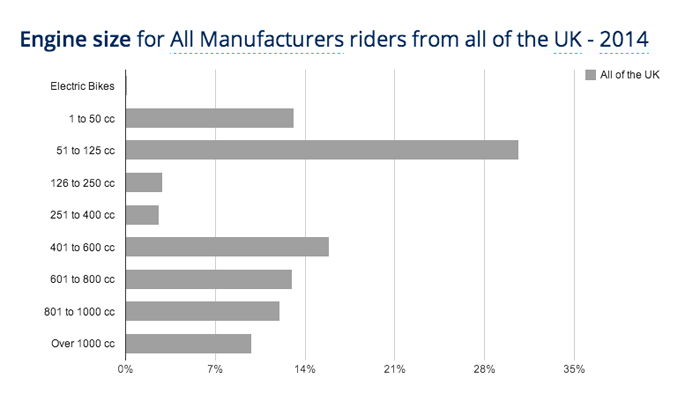