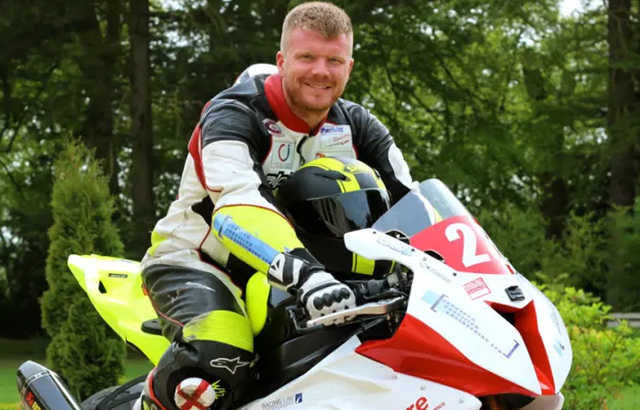 Mark Fincham has died after being involved in an incident during Sunday’s BSB Superstock 1000 race at Thruxton.

The former Royal Marine, 37, sustained serious injuries in a two-bike incident and was treated at the scene. He later succumbed to his injuries at the circuit medical centre.

Mark was competing in his first full season in the Superstock Championship racing for the True Heroes team; set up to provide injured service personnel and veterans the chance to race.

Mark was well known to The Bike Insurer, having instructed on a track day we attended at Cadwell Park some years ago.

Phil Wilding, founder of The Bike Insurer, was lucky enough to ride with Mark on that day.

“Mark was a truly inspirational person, always buzzing about two wheels, making parts and tweaking his bike for more speed. I was lucky enough to be coached by Mark at a Bikesure track day at Cadwell park. I remember Carl Fogarty was there too and Mark gave him a good run for his money!”

“He showed us all how we should live life, always to the fullest and never giving up.”

As many of the tributes have touched on, he was a true inspiration, coming back from a leg amputation in 2007 after a motorcycle incident on the road in the UK.

For most people, that would be enough to turn them away from bikes and into their shell, but Mark went the opposite way, seeking out more challenges and not accepting his lot.

A quick look at Mark’s Facebook page gives you some impression of the number of people he inspired and touched, and it’s posts like the one below that show you why he did. 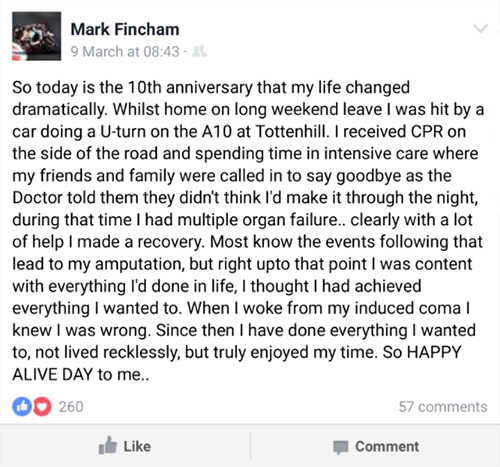 The Bike Insurer would like to send our condolences to Mark’s family and friends at this difficult time.