Learning to ride a motorcycle can be a thrilling experience, from sitting on the bike and revving it for the first time to riding down country roads with the wind flowing through your helmet and the feeling of weightlessness.

Whether it be on a 125cc using L plates or an A2 machine it doesn’t matter, when you start riding you become part of an exclusive club of riders. Fellow riders will give you a nod or even a wave on the street as they ride past in the opposite direction despite being a complete stranger, being on two wheels unites the pair of you with a bond that is unbreakable, even if you stop riding you will always be a biker, once a biker, always a biker.

Your social status doesn’t matter, nor how much money is in your bank account, if you ride a bike everyone is equal and the type of bike you ride doesn’t change this either.

When it comes down to actually picking which motorcycle it is you want to purchase and ride it can be difficult to work out which is best for you given the sheer amount of options on the market to choose from with plenty of variants from bikes built for commuting on to faster bikes with no fairings, finally arriving at full-blown sports bikes that are made for one thing and one thing only, speed.

We’ve compiled a list of 10 bikes that we feel would be good for beginner and learner riders with five of these being for those who are over the age of 17 and on L plates.

Compare quotes from 37 insurers
COMPARE NOW
95% of Reviewers recommend The Bike Insurer (based on 7957 reviews on www.reviews.co.uk as at 13/08/21)

This is a lightweight, small commuting machine that shares its engine with the CBR125 counterpart making It very nippy and fast for its size. The Honda badge stamped into the tank ensures that it is reliable and is very unlikely to let you down, all you have to do is fill it up and go and it’ll keep going every single time you need it to. 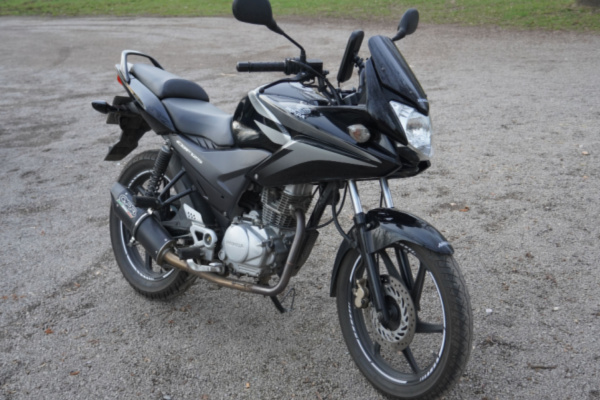 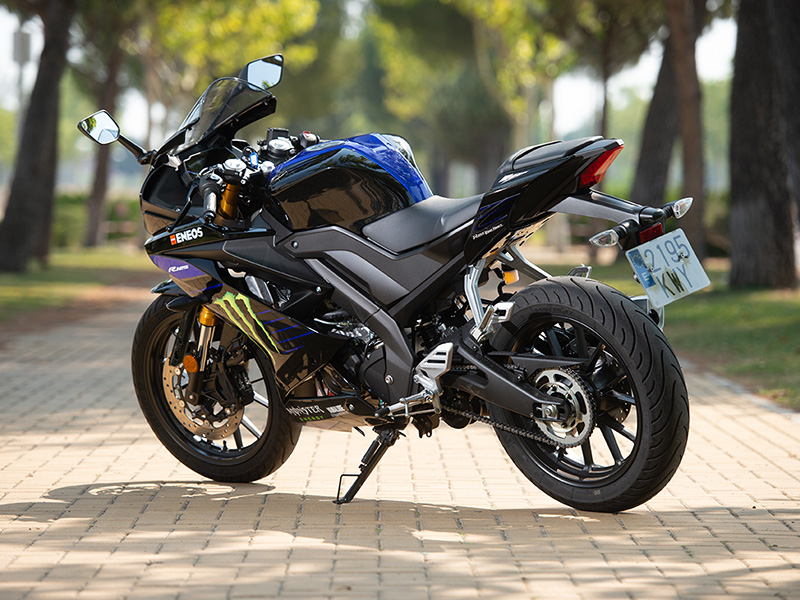 The Yamaha YZF-R125 is the iconic R1’s little baby brother/sister, with just under 15HP and a solid power to weight ratio this little pocket rocket will give you just enough speed to enjoy yourself without overdoing it.

The bike can comfortably sit at 70mph meaning dual carriage ways will be a breeze for the rider, unlike some of its 125cc counterparts which struggle to touch 60mph.

The KSR Code X, like the KTM Duke, is an Austrian bike (despite being made in China) and offers a different approach to a commuter bike.

But don’t let that put you off; this is no bargain basement option in any aspect other than price.

It’s well-built and well put together with tough plastics and rubbers that you certainly wouldn’t expect of such an affordable bike.

The Code X is rider-friendly and, despite not setting the world alight around corners, it handles well and is easy to ride. It’s also fuel-efficient.

KTM Duke 125 is a brute of a bike that stands out on UK roads. It’s got 15hp at its disposal, which makes for plenty of performance despite remaining within the remits of the A1 Light Motorcycle Licence. In terms of ride, it’s brilliant as it manages to combine comfort with poise around corners, something not all 125s can confess to.

It’s also well-equipped with slick-looking and informative gauges and displays.

For all this performance and equipment, you might begin to think that the Austrian-designed Duke is extortionate…it’s not and prices start from under £4,000 for new models.

The most eye-catching thing about the Duke is its looks: it’s dynamic, chunky and stylish.

The Honda CBR 125 was the king of the 125 sports bike market with its looks derived from its bigger Fireblade brother/sister, this bike alongside the YZF-125 are two of the quickest 125cc’s you can buy, it’s no wonder that they are so popular amongst 125cc riders.

The CBR 125R is Honda’s response to its Yamaha rival and since its launch it has remained one of the leaders in the segment, enjoying massive sales in the UK. 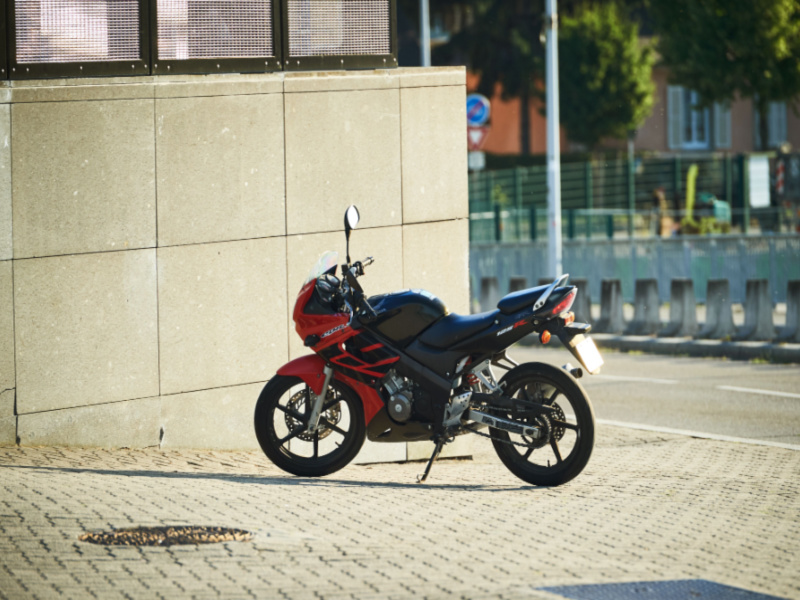 The reason for its popularity is its blend of sporty looks and practicality. By that we mean it looks the part but still returns impressive fuel economy figures that make it a perfectly suitable option for a commuter bike.

It’s rider-friendly which means it handles well for a small bike while remaining fun. And its size benefits it in terms of performance with the 13hp powertrain more than capable of shifting its frame. At £3,599 from new, the CBR 125R is a capable, economic and renowned learner legal 125.

Moving over into the A2 licensed bikes, we have a number here that all can be ridden on an A2 motorcycle license with some requiring additional restrictions to take them within the legal limits of what an A2 rider can ride.

With many different options and variants around it was incredibly difficult to choose this list, however we have carefully picked out a balanced list of bikes that will match many peoples needs.

Kawasaki’s 650cc parallel twin Ninja has a bucket load of fun packed into a middleweight machine giving you more than enough fun on the roads with its sporty look definitely making it a head turner.

It’s a brilliant entry level bike with a cheaper price tag on it compared to most, however due to its power output it will legally need to be restricted down to within the limits that the A2 riders can ride with which is 47HP meaning it will lose 30% of its power output, however this doesn’t dampen what is a fantastic motorcycle. 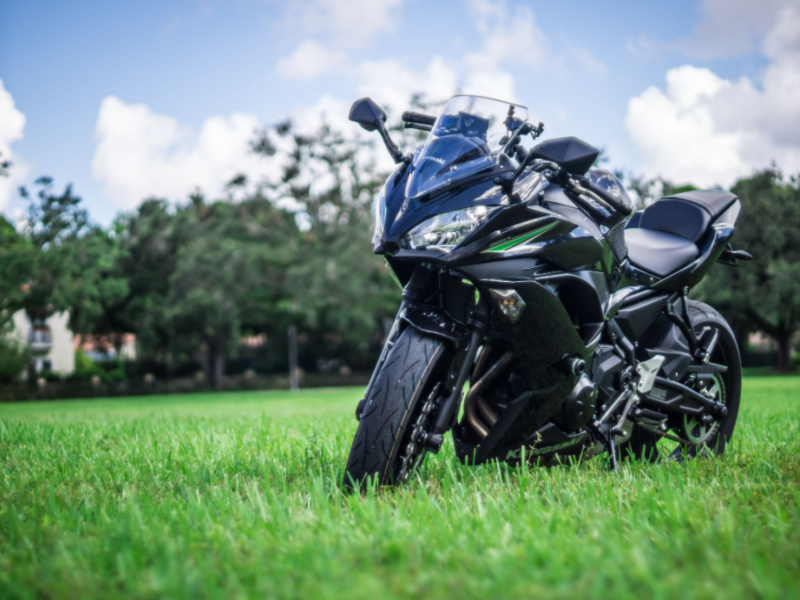 It’s one of the more rare bikes on this list but it’s an absolute belter, the Ducati Monster 797 is a fun handling naked beast with the iconic Ducati name stamped onto the side of the tank to give you that extra feeling of power.

It has had most of the modern assists stripped away leaving you with a barebones machine to thrash about.

With a strong lightweight chassis you will find this bike to be incredibly easy to ride around and throw into corners whilst still maintaining all of the fun you’d expect on a bike like this.

Once again it will need to be restricted if you want to ride this on an A2 license given that it boasts a whopping 74HP, you can expect close to 40% power loss with the restriction but it will still be as fun as you’d expect it to be.

Back in 2014 Yamaha dropped the MT-07 on us and it instantly became a market leader, joining it in the family of the MT-125 MT-03, MT-09 and MT-10, this 689cc twin cylinder hyper naked bike is a slick, sexy and cool machine that packs one hell of a punch.

You can expect incredible reliability on this machine thanks to the Yamaha logo stamped into the side of the engine to ensure you’re buying a quality motorcycle.

There are infinite customisation options on this bike too in case you wanted some more fairings, a different exhaust and much more. It is even raced with track fairings in racing series’ such as the MotoAmerica Twins Cup championship. Once again it will need to be restricted to legally be ridden on an A2 license with a 36% power decrease required to bring it down to 47HP. 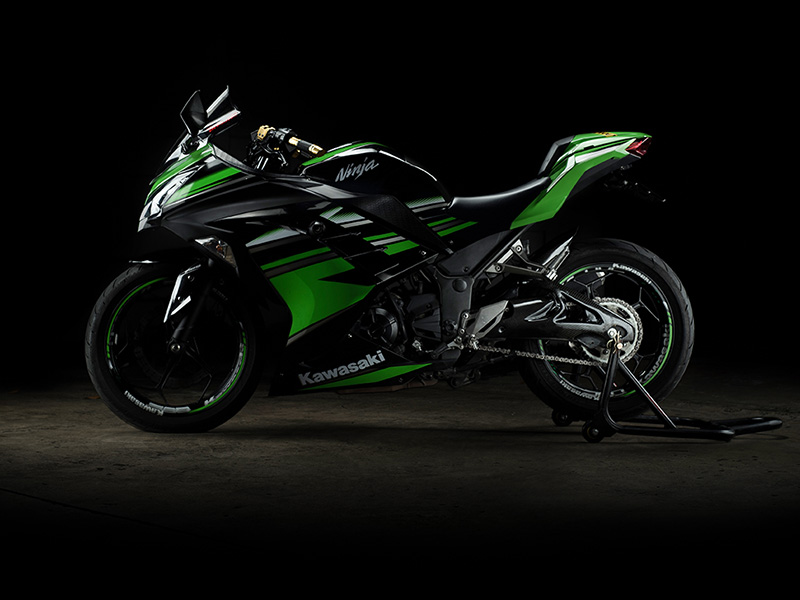 Want something nippy, lightweight that will still beat most things in a straight line or corners?

The Kawasaki Ninja 300cc might be one for you, this 294cc sports bike can hit a staggering 120mph on a race track with its 39HP and power to weight ratio ensuring you’ll no doubt be beating those 600cc and 1000cc riders on the corner entry and corner speed.

It overshadows many of the other bikes in the same class with only the Yamaha R3 coming close to it, plus if you like going fast you’ll be pleased to know it’s bigger counterpart, the Kawasaki Ninja 400, has won the World Supersport 300 championship in 2018, 2019, 2020 and 2021!

The CBR500R is an A2 license motorcycle through and through thanks to it’s 47HP putting it bang on the mark for the legal regulations of an A2 license holder.

It’s a bike built for performance and for a rider to fully maximise their A2 license, it is powered by a two cylinder and even boasts MotoGP inspired wings on the fairings that are absolutely there for looks and not for downforce. 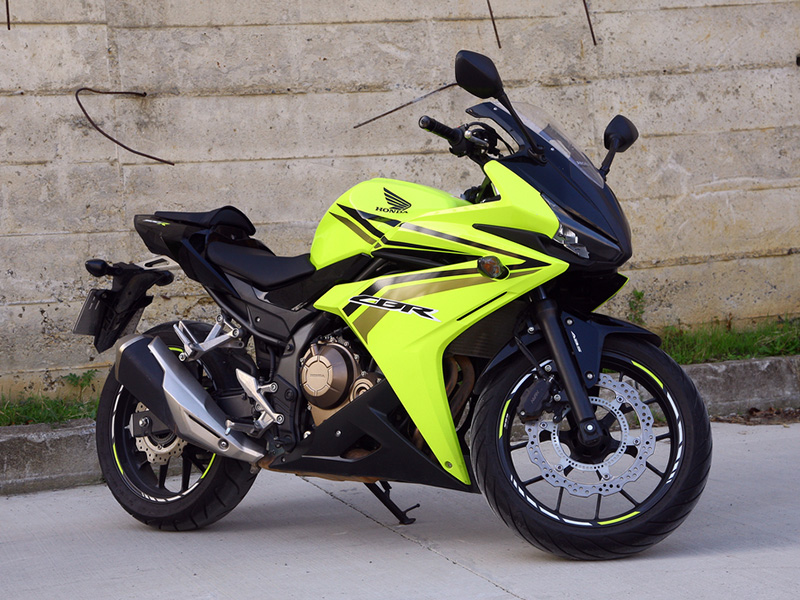 You can expect a lot of reliability from this machine given that it is a Honda, plus with its sleek looks you’ll be turning heads wherever you go.