Racing flags – what they mean for motorbike racers

While nobody wants to see a red flag during a race, they’re commonplace and unavoidable at most race weekends.

Whether there’s a red flag on show, a yellow one with stripes or a white flag being waved, each one informs riders if there is some form of obstruction on the track ahead giving them vital time and notice to prepare to change the way they’re riding.

But with as many as six different flags, presented and waved in different ways, it’s vital to know what they mean and how you should alter your riding once you’ve spotted them.

That’s why riders need to learn the flags and why the role of marshals is vitally important to the safe running and coordination of a race weekend.

Without an understanding between marshals and their signals and riders, motorbike racing would be even more dangerous and impossible.

Here, we lift the lid on the different types of flags used during a race and what they mean.

*It’s important to remember that there are some differences between race series and tracks which means that the flags aren’t always exactly the same. If you can think of any other flags that we’ve missed out then add them into the comment section below.

The race or practice is being interrupted and riders must return slowly to the pits. This is normally in the event of an accident. 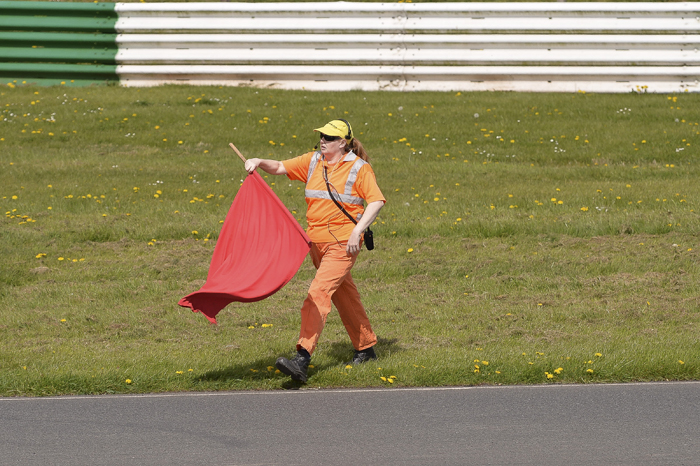 The course is clear. This is used on the first lap of practice to let riders know where marshals are stationed on the track. It’s also used after yellow flags to show that the circuit is now clear.

If a yellow flag is being held still, there is danger on the section of track immediately ahead. Overtaking is forbidden when the yellow flag is out.

If a yellow flag is being waved then the danger is imminent and riders must slow down and be ready to stop completely. Again, overtaking is forbidden and positions must be held until riders are out of the section displaying the yellow flag. 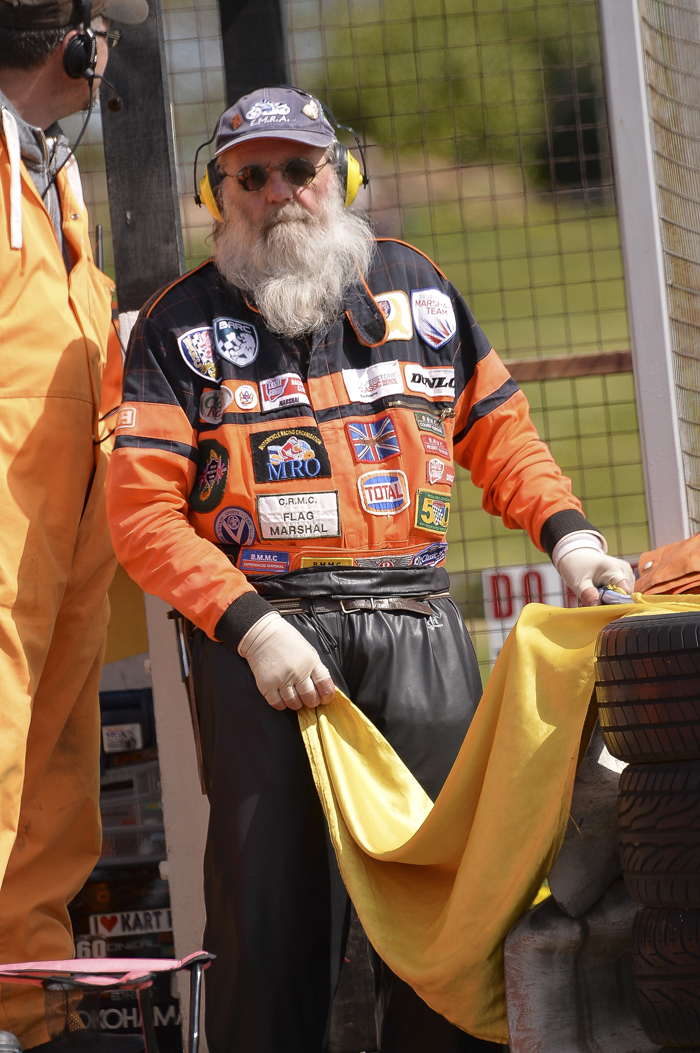 A yellow flag with red stripes is displayed when oil, water or other slippery substances are on that particular section of the track. 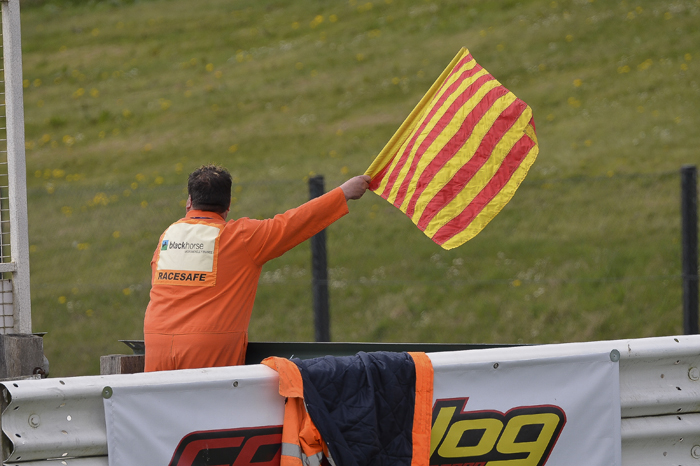 A blue flag indicates that a rider is about to be overtaken by riders at the front of the race.

White flags inform riders that they are about to overtake a slow-moving vehicle, usually a safety car or service car.

This flag is held when there is a pace car on the circuit.

You can read more about the vital role that marshals play in motorbike racing in the UK and across the globe via the link.