Why are Londoners ignoring ground anchors? 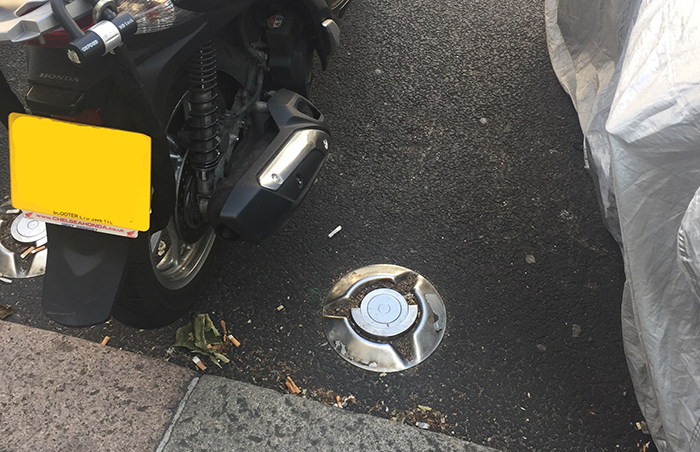 It seems like we go barely one week without seeing a video of a motorcycle being stolen from the side of a road.

Whether it’s the well-prepared groups in white vans or opportunistic thieves who spot an unattended vulnerable bike, the sad fact is motorcycles are getting stolen.

The number of reported motorcycle thefts and attempted thefts has grown rapidly in the second quarter of 2016 according to stats from The Bike Insurer.

Total loss following theft is up by 10.4 per cent for the year-to-date and the number of Thefts where the vehicle has been recovered are up by 14 per cent. Attempted thefts also leapt by more than 36 per cent.

And London is the hotbed for motorcycle theft in the UK.

Data from London Metropolitan Police in 2014 showed that the theft of two wheelers had grown by 44 per cent in two years.

While The Bike Insurer stats show that motorcycle theft remains much more frequent in the capital than throughout the rest of the UK in 2016.

So why aren’t riders taking more care when they park their motorbikes, scooters and mopeds? 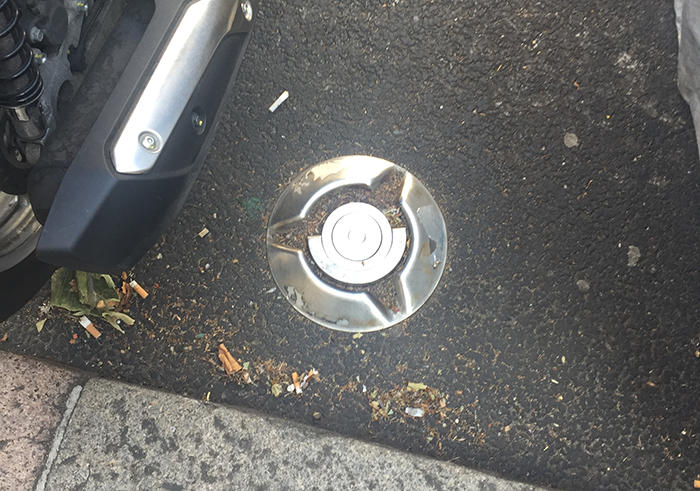 Why aren’t ground anchors being used?

The Bike Insurer descended on London this week – yep, we’re ballers – and we didn’t see one motorbike or scooter chained to a ground anchor.

Now, if there were not any ground anchors knocking about, fair enough, but these two wheelers were parked a matter of inches away from something that could keep thieves at bay.

The only conclusion we could come up with was that Bikers, particularly in London, don’t know how to use a ground anchor.

How to use a motorcycle ground anchor

As you can see from the image here, a ground anchor is a pretty simple thing.

It’s anchored to the ground and has a metal handle that lifts up. All you need to do is lift up the handle and wrap your motorcycle lock through it, then chain your bike up as usual.

It’s really simple and really effective, which is why London Metropolitan Police advises riders to use ground anchors to reduce the risk of your bike being nicked.