Goodwood Festival of Speed is pretty much the best thing ever for anyone who likes engines, which obviously, we at The Bike Insurer do.

The festival was nearly 300 miles away so it was quite a drive to get there and actually accessing the event was an absolute nightmare trying to find the relevant car parks, but, we got there in the end, and I promise you, it was absolutely worth it to see all the incredible cars and motorcycles from past and present all lined up for you to look at.

There were of course some personal favourites in there such as the Padgett’s Honda RC213V-S which is essentially a MotoGP bike made for the streets and was raced by Connor Cummins and Bruce Anstey at the Isle of Man TT and various other road races, Anstey taking home a victory on the machine at the 2017 Ulster Grand Prix.

The team updated the livery to the 2022 scheme and it was absolutely beautiful, Davey Todd was given the chance to take it for a spin up the hill, no doubt a reward for his heroic efforts at this year’s Isle of Man TT where he took his first podium. 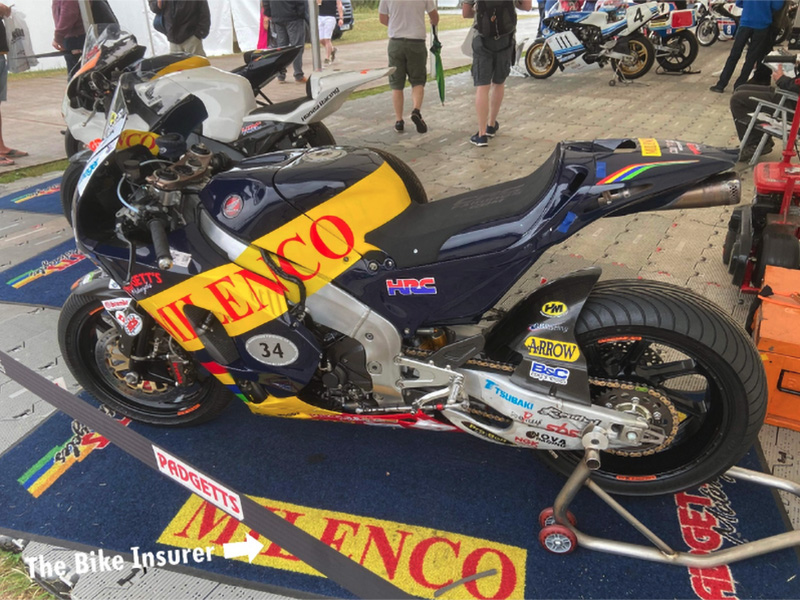 There were so many things to look at and feast our eyes on with the biggest attraction of course being Wayne Rainey’s Yamaha YZR500 two-stroke which he piloted to three world titles before he suffered a career-ending injury that left him paralysed from the waist down.

The bike itself has been sitting in a museum in Japan for the best part of three decades, however when the opportunity of riding his beloved Yamaha to Rainey once again, he couldn’t refuse.

We got to witness the incredible moment that he blasted his way up the hill followed by three-time world champion and fellow MotoGP legend Kenny Roberts on the Proton KR MotoGP bike, it was an emotional moment as the crowd erupted into applause as he flew past on his modified machine and may never happen again, it was incredibly special. 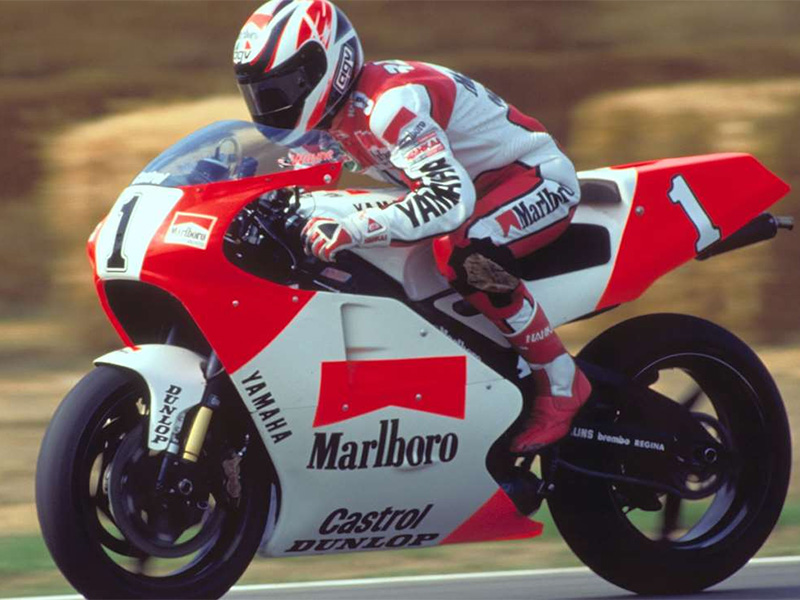 The bike was specially modified to allow the paralysed Rainey to be able to safely ride the machine. That included adding bicycle pedal foot locking systems onto the footpegs so he could lock his boots into place, he also had additional tank padding for support and wore a seat belt on the machine.

To change gear he had a special button on the handlebars, replacing the kill switch with a button that would shift the bike up a gear for him.