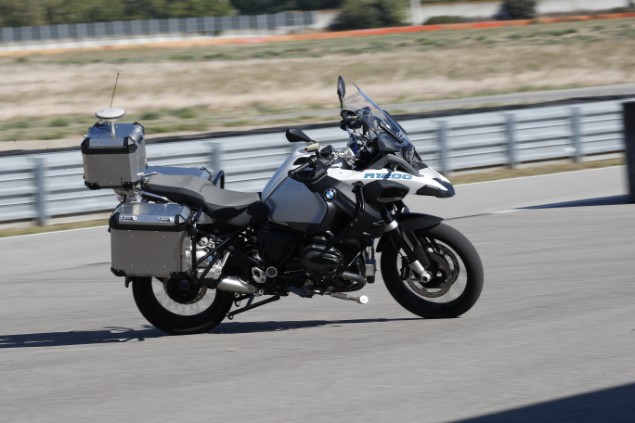 BMW has shown a headline-grabbing self-riding motorcycle that can steer, balance and ride itself around a test track but it was perhaps the other technology shown that’s of more immediate interest to the average motorcycle rider.

The self-riding motorcycle used technology built into a modified BMW R1200GS Adventure model and a video released by BMW shows the bike running around a test track with no rider.

BMW have made it clear the aim of the prototype is to gain additional knowledge in regards to riding dynamics in order to detect and avoid dangerous situations by braking and steering to avoid them.

Just as with autonomous cars, this type of technology is likely to be many years away from introduction but elements of these control systems could be seen in coming years.

But alongside the self-riding motorcycle was some other technology that could potentially make it to production a lot earlier. 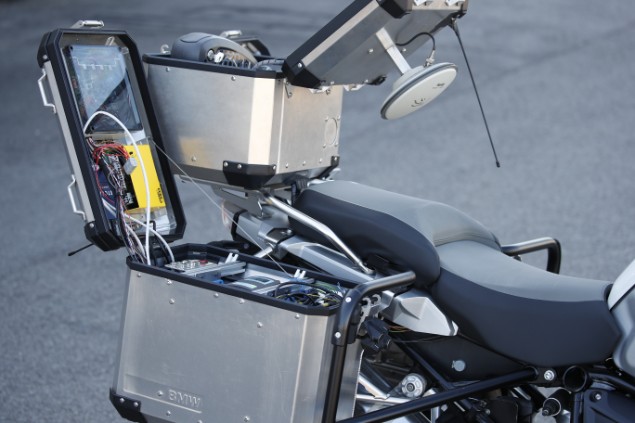 One of the most exciting is the 3D printed frame and swingarm that was shown on a 195bhp BMW S1000RR superbike.

This uses technology already in place on BMW and Mini cars and there is a huge amount of technology shared between cars and bikes in the BMW Group and offers one of the most successful ways of reducing weight on all motorcycles which has become a big focus as all of the motorcycle firms look to make bikes more efficient and environmentally friendly.

The 3D printing technology uses tiny metal filings combined with heat to create complex structures that are designed to strip out as much material as possible yet still retain the overall strength needed to perform the function.

3D printing also has the advantage of engineers being able to create designs that couldn’t be made in other ways like metal casting or forging. 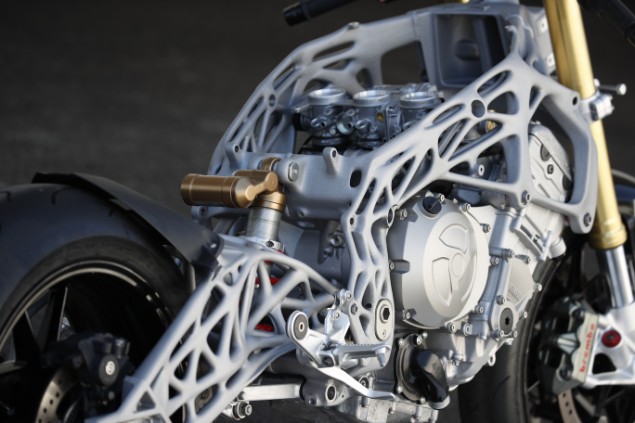 This sort of technology was shown on the S1000RR where the advantages of shedding weight from an ultra-high performance machine like a 1000cc sportsbike are obvious.

These same advantages of weight loss are more important than ever on all bikes with looming Euro5 emissions and noise regulations which will add complex and weighty emissions control devices, denser exhaust catalysts and more sound-deadening material inside engines.

Other developing technology shown included the carbon fibre used on the £68,000 BMW HP4 RACE and carbon-fibre reinforced plastic that has been used to create a new and quick-to-manufacture new swingarm that’s both lighter and stronger than a metal version.

BMW also showed the latest in developments in car to bike communications which are part of its Connected Ride system.

A video showing the R1200GS Adventure can be watched here.