Organisers of the popular Southend Shakedown have been forced to cancel the event due to ‘spiralling costs’.

2016 would have seen the 18th edition of the free to attend Southend Shakedown however policing costs have forced organisers to ditch the event scheduled for the 28 March.

In previous years, the Southend Shakedown has been policed for free however Essex Police have this year asked for organisers to contribute £4,000 to police the event.

Speaking to the Basildon, Canvey and Southend Echo, Superintendent Paul Wells, said that the financial request from Essex Police was not unreasonable, with £4,000 less than a quarter of what it actually costs to police the event.

“Any large gathering of people presents a policing challenge and we have previously had to take police action to prevent and stop incidents from occurring.

“We believe this [£4,000] to be a reasonable cost and it would see the event proceed as we all want to see.”

Southend Council are similarly disappointed that organisers have canned the event.

Mary Betson, councillor responsible for tourism, said: “We are sorry the organisers have taken the decision to cancel the event.

“We have tried to come up with alternative solutions and ways for them to raise income on the day, but ultimately this cancellation is a business decision for the organisers.” 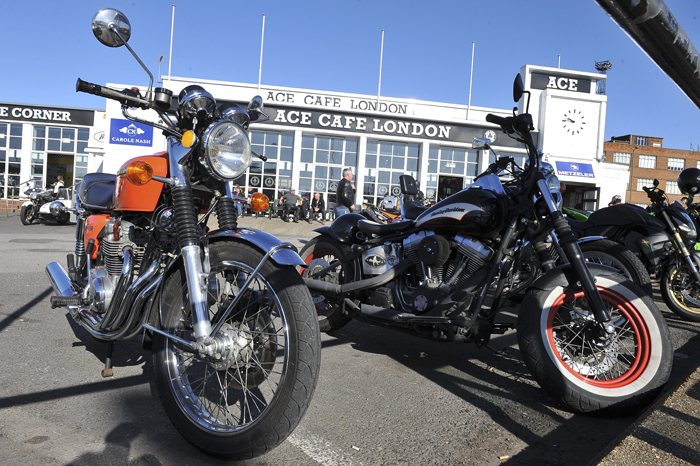 Ace Café has been relatively quiet about the reasons for cancelling the event, with a Facebook and website post stating that the event will not take place this year.

However the famous biker café did admit that ‘spiralling costs of what is a free to attend event’ were behind the decision, with the £4,000 requested by Essex Police the latest in a raft of charges paid to pull the event off.

Despite the Ace Café cancelling the event, riders still plan to ride to Southend on Easter Monday according to numerous posts on the Ace Café Facebook page.

The news comes just days after Matlock Bath in Derbyshire was brought to a standstill after the local council announced plans to introduce parking charges for bikes.

That announcement was met with lots of opposition from bikers up and down the country who descended on the small town to show their opposition to the proposals.