Aprilia has given the Tuono V4 1100 range a refresh for 2019 with one of the most advanced electronic suspension systems now fitted as standard to the Aprilia Tuono V4 1100 Factory version. 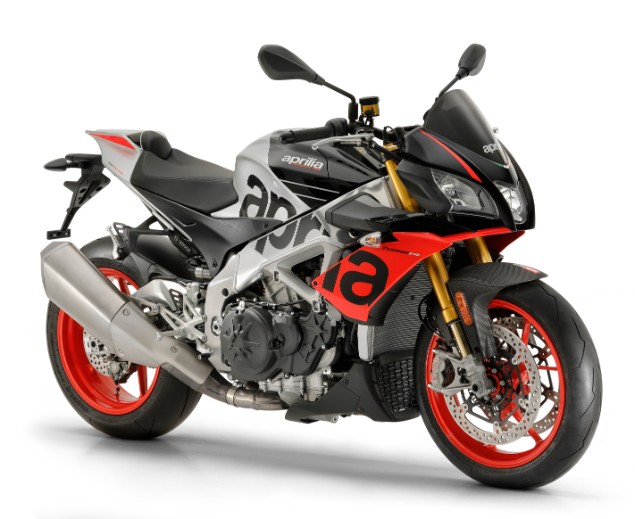 There are also some cosmetic changes being made across the range with new graphics across the two-bike range.

There are two versions of the Aprilia Tuono V4 1100; the range-topping Factory and the slightly less well-equipped V4 1100 RR version.

The Tuono V4 1100 RR only benefits from the cosmetic changes with two colours available for 2019 in the form of a red/grey and a black Superpole version. 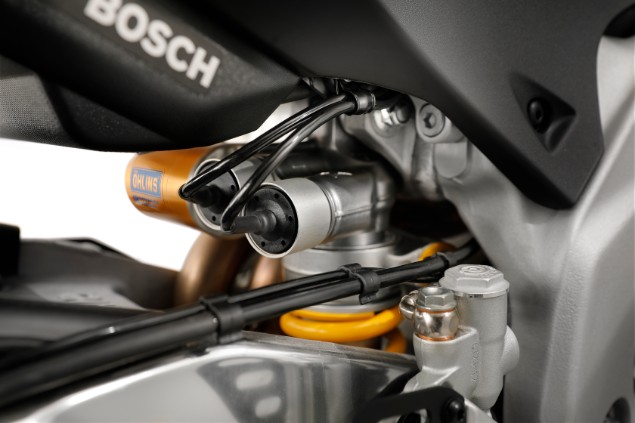 Much bigger changes have been reserved for the range-topping Factory version which now comes equipped, as standard, with the Ohlins-developed, semi-active electronic SmartEC 2.0 electronic semi-active suspension which Aprilia claims is the most advanced available.

The Ohlins-developed system has been developed jointly for the Tuono V4 1100 Factory between Ohlins and Aprilia and can be switched between semi-active or manual adjustment.

There are three riding modes; Track, Sport and Road and in the semi-active mode the suspension behaviour is managed by the Smart EC 2.0 system which actively intervenes by interpreting the suspension reaction in real time. It then changes the way the suspension’s hydraulic control works on a second-by-second basis.

In the manual mode the three riding modes work within predefined settings without the semi-active assistance. In both semi-active and manual modes there is the chance to fine tune the suspension set-up. 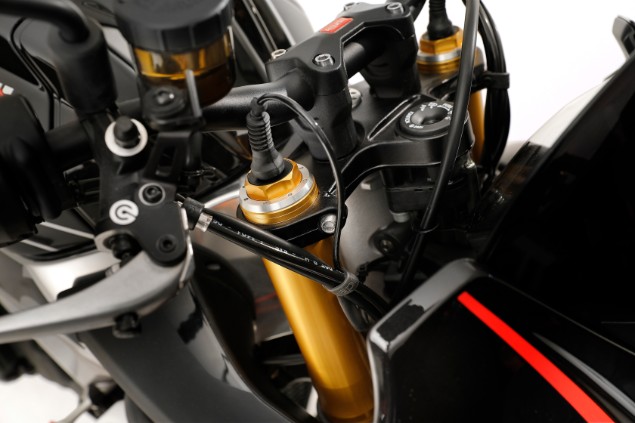 It’s not just the suspension that’s controlled by the Smart EC 2.0 system, the Ohlins steering damper is also managed and changes according to the riding mode selected.

Aprilia has tried to make keeping track of the way the suspension system is working and being changed as simple as possible and this is done using the Objective Based Tuning Interface (OBTi) which is visible on the 4.3in colour Thin Film Transistor (TFT) screen.

Aprilia already classes the electronic rider aids as class-leading and they remain unchanged for 2019.

There are a long list of different systems at work on the Tuono V4 1100 Factory and that includes: