Ducati has built its reputation around high-performance superbikes over the past 40+ years but for 2019 has developed the Ducati Panigale V4R, the most extreme superbike the firm has ever developed. 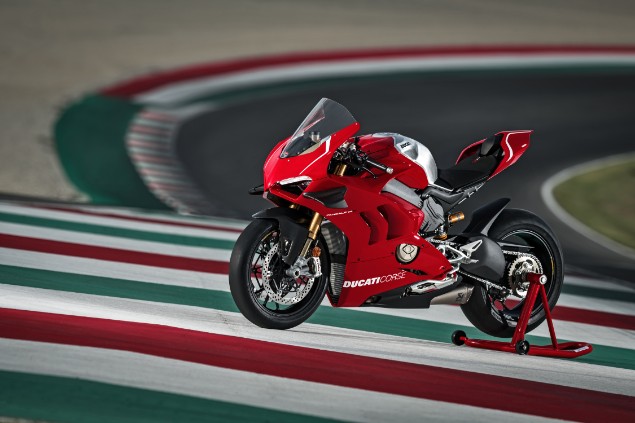 The Panigale V4R is a true racing homologation special; designed and engineering with the single objective of winning the World Superbike championship and giving racing teams around the world the best-possible base bike to go racing with.

The raw statistics of the Panigale V4R are astonishing. In standard, road-legal trim the bike weighs 193kg (and that’s full of fuel and ready to ride) and it has 221hp.

With a racing Akrapovic exhaust fitted, that power figure leaps to 234hp.

Those power figures make the Panigale V4R the most powerful road-legal Ducati ever built.

Ducati launched the Panigale V4 range last year but those bikes all share an 1103cc version of the new V4 motor developed to replace the V-twin the firm has been so famous for. 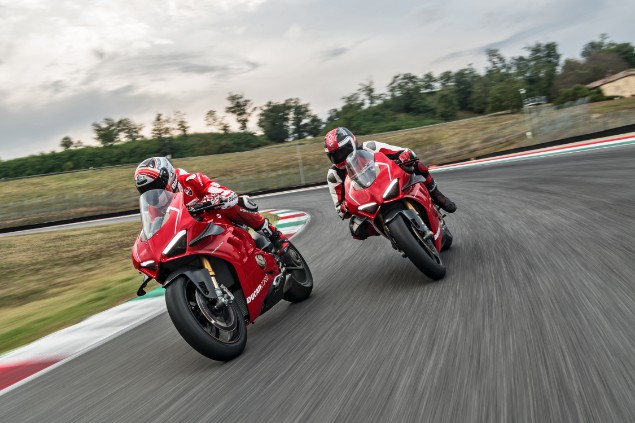 Ever-increasing demands for racetrack performance and tightening noise and emissions regulations make the switch to a V4 understandable from an engineering point of view as it’s easier to tune these engines for racing and keep stable combustion and emissions on road-legal bikes.

This new bike has a smaller 998cc V4 engine which has been developed to meet the racing regulations which cap the capacity for four-cylinder engines at 1000cc.

The existing V4 and V4S models will continue as more road-focussed machines that offer a more rounded riding experience with the larger capacity engines.

Ducati isn’t revealing the full details of the engine yet but lighter engine internals (likely to include the crankshaft, pistons and connecting rods) are all made of lighter material that has taken 2kg of the weight of the engine overall and will allow it to rev higher and more quickly. 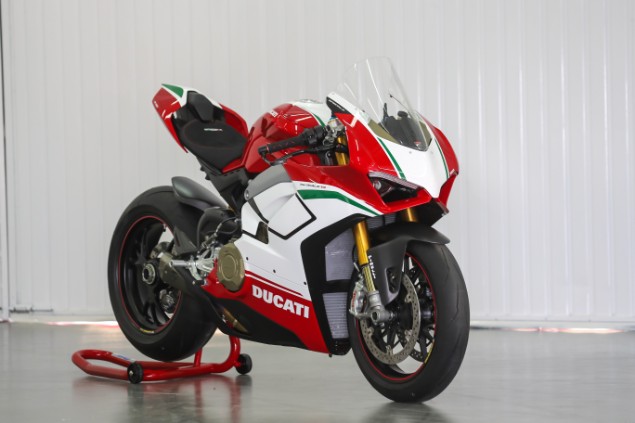 The £34,995 price tag is equally astonishing for the V4R but numbers available are going to be very low and it’s likely the vast majority of bikes will be sold to those who will either race them or only take them on trackdays.

It’s not just the engine that has been changed on the V4R when compared to the existing Panigale V4 models as Ducati has even changed the bodywork to make it both 38mm wider but also to incorporate MotoGP-inspired carbon-fibre aerodynamic winglets which Ducati claim helps improve high-speed stability.

The new bodywork has been designed to be more aerodynamic than the other V4 models and also offer greater engine cooling thanks to larger air vents on the side panels.

Ducati has also revealed a new Panigale V4S Corse which has a paint job inspired by the factory Ducati MotoGP team but has no mechanical changes over the existing Panigale V4S.