Yamaha has been teasing the new Tenere 700 since the T7 concept bike was shown way back in 2016 but now, finally, we have the finished production bike that will be hoping for the mid-class adventure bike class honours. 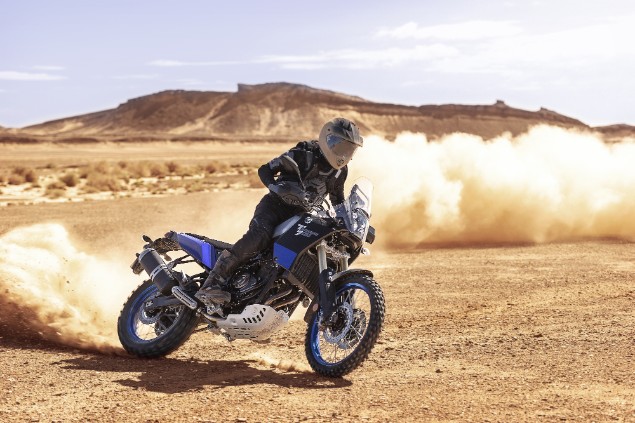 Yamaha has a long history of making bikes in the adventure bike class and can trace the history all the way back to the XT500 of 1976 and the following Paris-Dakar racing success, through to the XT600Z of 1983, the XTZ750 Super Tenere at the end of the 1980s and later the XTZ600 Tenere of the 1990s.

The current Yamaha adventure bike range comprises the XT1200Z and XT1200ZE Super Tenere models which aren’t really class competitive due to their age so Yamaha has big hopes for the new Tenere 700.

Since the T7 Concept was shown, Yamaha has further teased with the 2017 Tenere 700 World Raid prototype and has now revealed some of the most famous names in Yamaha’s racing heritage such as Stephane Peterhansel (who won the Paris-Dakar Rally for Yamaha on multiple occasions) have been involved in testing the bike across the world. 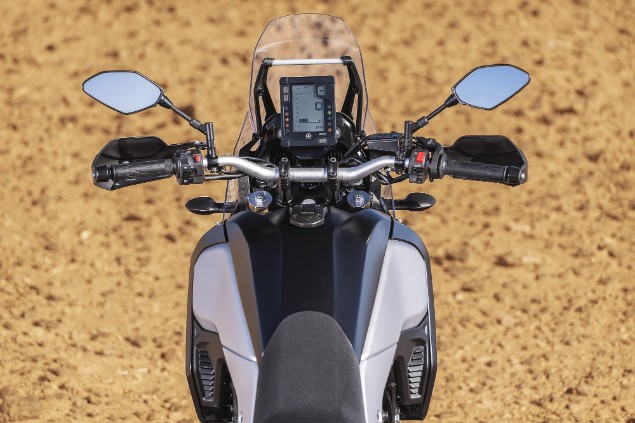 Just like other manufacturers like BMW with the F850GS, Triumph with the Tiger 800, Ducati with the Multistrada 950 and Suzuki with the V-Strom 650, Yamaha is pitching this new Tenere 700 at the middle of the adventure bike class as it knows not everyone wants or needs a larger 1200cc bike.

At the heart of the Tenere 700 is the 689cc parallel-twin motor first seen in the Yamaha MT-07 but in this case it has been installed in a brand-new chassis which, Yamaha claims, has been developed to offer both off-road agility and on-road touring comfort. 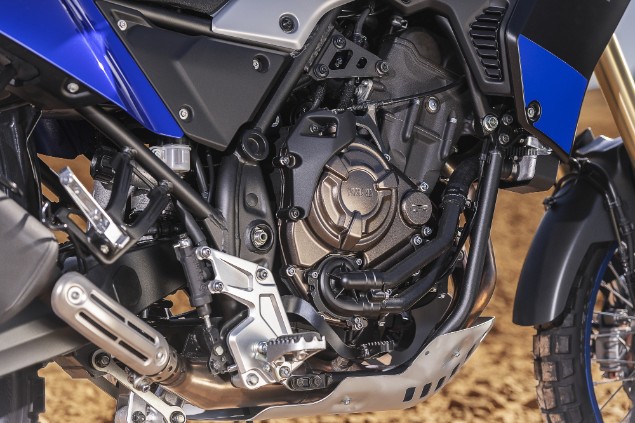 That 689cc parallel-twin engine has always been a nicely-rounded powerplant and gives strong but linear torque and in the Tenere 700 the final transmission and fuel-injection has been optimised to work in this particular bike.

The double-cradle tubular steel frame has been designed to deliver a slim, agile and light feeling chassis that can deliver both on and off-road. The wheelbase is 1590mm and there is a generous 240mm of ground clearance enabling the bike to cover rough ground with ease.

Assisting off-road riding ability is a flat 880mm high seat and slim body that allows the rider to shift their weight forward and move around on the bike easily while tackling unpaved terrain. 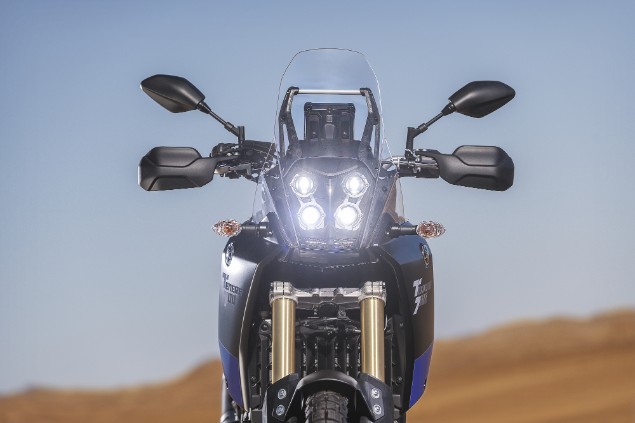 The ‘face’ of the Tenere 700 has a direct link to the current competition Rally Raid bikes in the Yamaha factory team with four LED headlights stacked in a 2+2 layout and protected behind a clear cover. There are also two lower daytime running lights; also LED.

Off-road composure and handling will be greatly assisted by the 43mm upside down forks which have 210mm of suspension travel and offer full adjustment.

The rear suspension is made up of an adjustable shock with 200mm of travel and has a rally-bred link-type system with the suspension working with an 18in rear wheel and 21in front wheel for increased off-road stability.

The ABS will work with 282mm front and 245mm rear brake discs and when riding off-road, the ABS can be temporarily disabled to allow the rider to take full control where locking the rear wheel helps with riding. 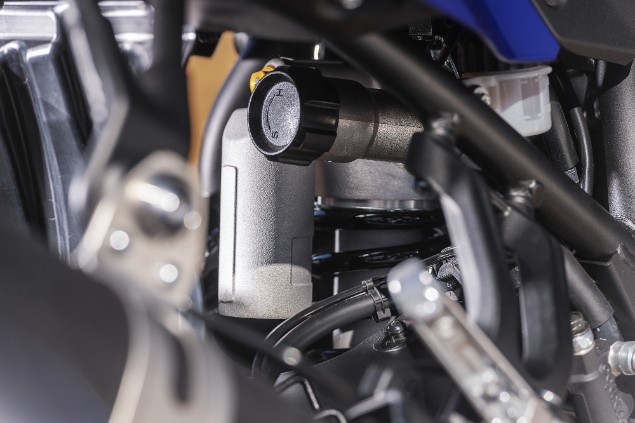 Long distance riding will be boosted by the 16-litre fuel tank which, in combination with the frugality of the 689cc engine should give a decent touring range.

Three colours are going to be available from launch; Ceramic White, Competition White and Power Black with Yamaha promising the bike will be in dealers across Europe in the second half of 2019.