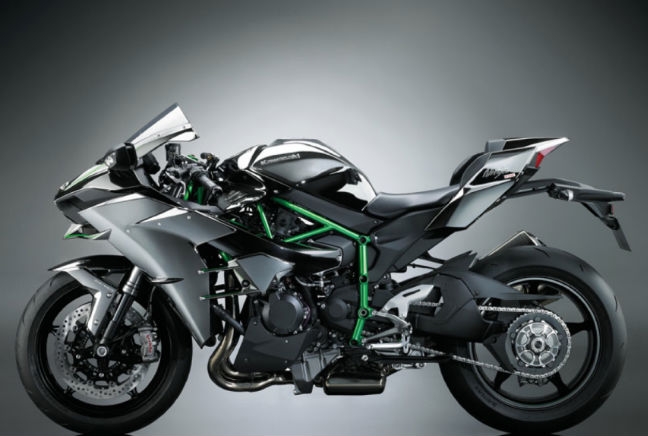 The Kawasaki Ninja is a famous name in the motorbike world and the latest re-working of the iconic model has been hotly anticipated.

It finally broke cover at EICMA after months of teasers and leaks but that has not dampened the reaction to the new H2.

The Japanese manufacturer has leaned heavily on the H2R – a track-only version revealed at Intermot earlier in 2014 – to develop the supercharged H2.

That has resulted in 200hp and a power to weight ratio of almost 1hp per kg, which, says Kawasaki, will result in class-leading acceleration.

All this is great and what you’d expect of a supercharged behemoth but more impressive is the raw sex appeal of the model.

It’s a brutal looking carbon fibred, green and black powerful beast that it’s hard not to get excited about.