What happens on a motorcycle practical test?

Whether you’re trying to pass the A1, A2, A or AM licence, your motorcycle practical test will consist of two parts.

The first, Module 1 as it’s cleverly called, is an ‘off road’ test but don’t worry, there’s no dirt involved.

The ‘off road’ module is actually conducted in a controlled environment and it’s called ‘off road’ because it’s not on public highways.

Usually you’ll do Module 1 in what looks like a school playground but its proper title is a Motorcycle manoeuvring area.

The second part, Module 2, is an on road test that takes around 40 minutes.

It involves an eyesight test, safety and passenger questions and two riding elements.

During Module 1, riders will be asked to perform various manoeuvres and will need to be competent in doing so.

Riders can be asked to perform a variety of riding procedures including a U-turn, figure of eight and general cornering as well as an emergency stop and hazard avoidance.

And they’ll also need to show they can safely wheel their bike and put it on its stands.

All in all it takes up to 20 minutes and is pretty similar to everything you covered during your Compulsory Basic Training (CBT).

For Module 1, the rider can make up to five rider faults and pass but any more and you will be forced to take the test again.

If you make one serious or dangerous fault, you will automatically fail. You cannot move on to Module 2 for three working days if you fail Module 1. 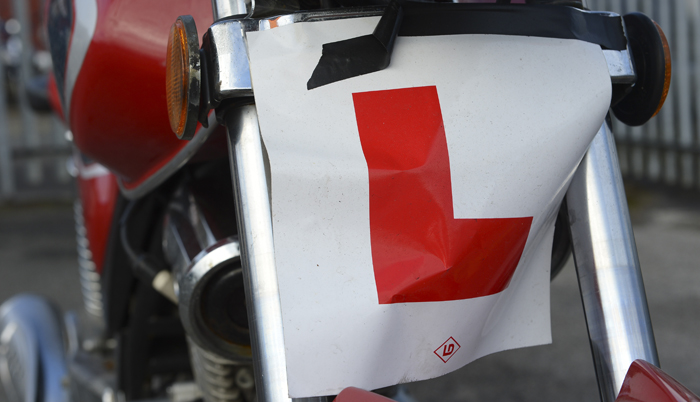 For Module 2 you’ll first be asked to read a vehicle number plate from a distance of 20 metres before being asked some vehicle safety and balance questions.

From there, you’ll hop on your bike and ride in a variety of road and traffic conditions with your examiner giving you directions.

At the end of the test there is an independent riding section where your examiner will follow you as you ride following a series of directions or traffic signs.

During Module 2 you can make up to ten rider faults but any more and you will automatically fail the module. If you make one serious or dangerous fault, the game is over and you will not pass.

How can you fail?

There are 47 separate assessment criteria that your examiner can fail you on during your motorcycle test.

Most of them will result in a rider fault but depending on the severity of the fault, it could be deemed as serious or dangerous and see you fail your test immediately.

How much is motorbike insurance for a 17 year old?

The cost of getting your motorbike licence