Day 3 – Decorate your bike for Christmas

It’s December, and the Christmas police have confirmed that Christmas decorations can now go up (some people will still moan though, scrooges).

That Ebenezer attitude has not stopped The Bike Insurer from celebrating Christmas and Day 3 of our 12 Days of Bikemas promotion has come about quicker than you can tinsel a Scotch Pine.

Today, we’re not fussed about Christmas tree decorations, instead we’re asking you to send us some of your own motorcycle decorations to get you in the spirit.

So whether you’ve got festive fairings, tinseled your tank or baubled your brake pads (we don’t advise this), we want to see your homemade bike decorations.

You can send us your entries via our Twitter or Facebook profiles and you’ll get entered into our prize draw to win a winter riding bundle from RST worth around £400. Terms and Conditions here.

If you’re looking for some inspiration, we’ve included a couple of our own attempts as well as some much better efforts from participants in some Christmas Toy Runs The Bike Insurer has attended down the years. 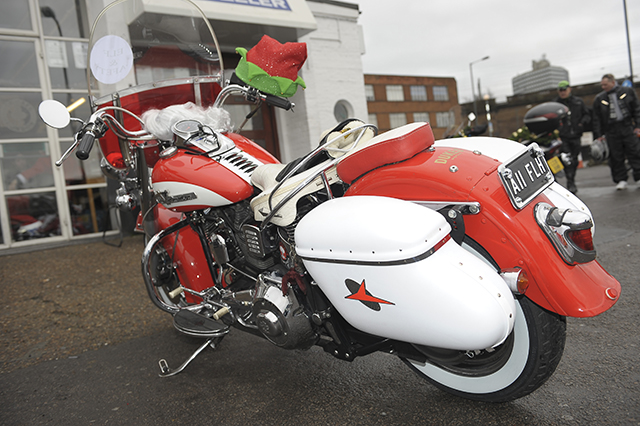 You’re already on to a winner if your bike’s red and white. 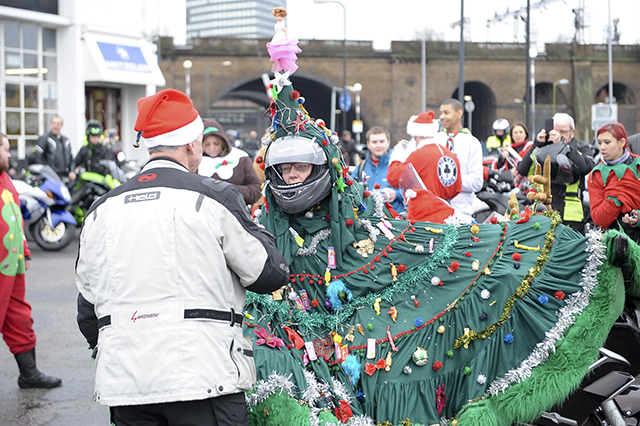 You don’t have to focus all of your decorating prowess on the bike itself. 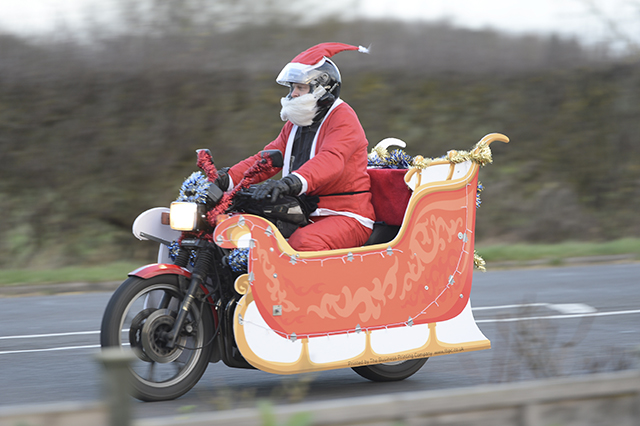 If you’re handy with a band saw, MDF and some paint, this should be a doddle. 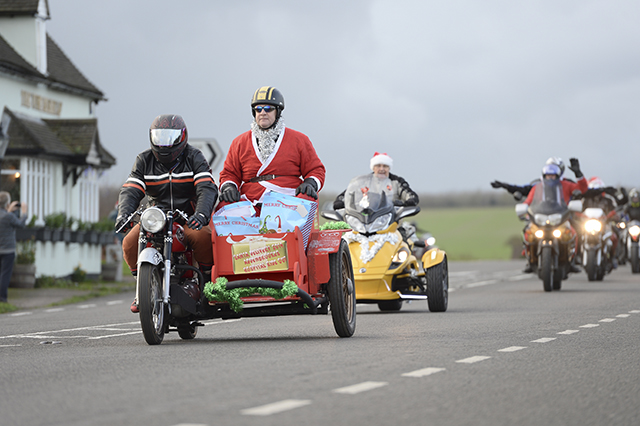 You don’t have to go it alone either. Rope in your mates. 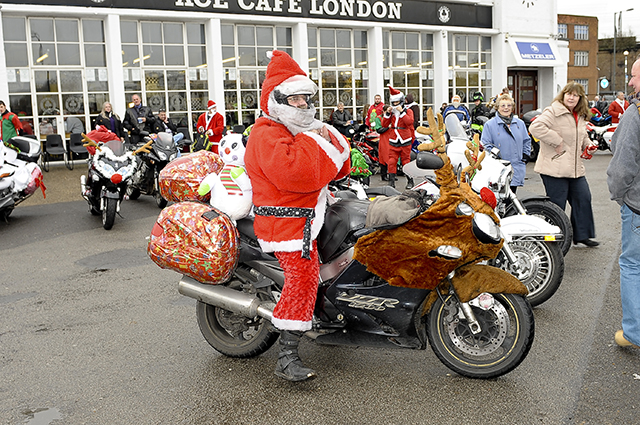 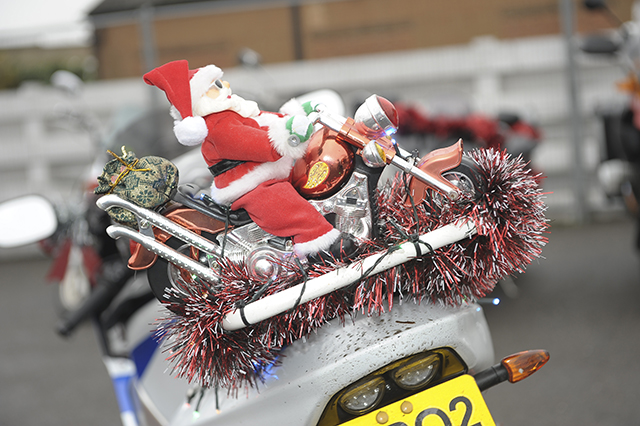 Tinsel and an ornament on this Christmas bike. 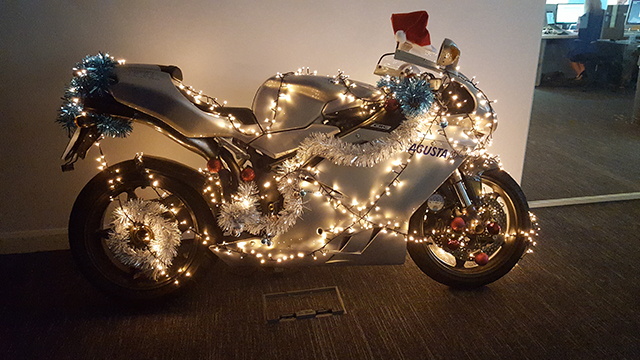 We wouldn’t advise riding with fairy lights around your wheels. A great ornament for any office however. 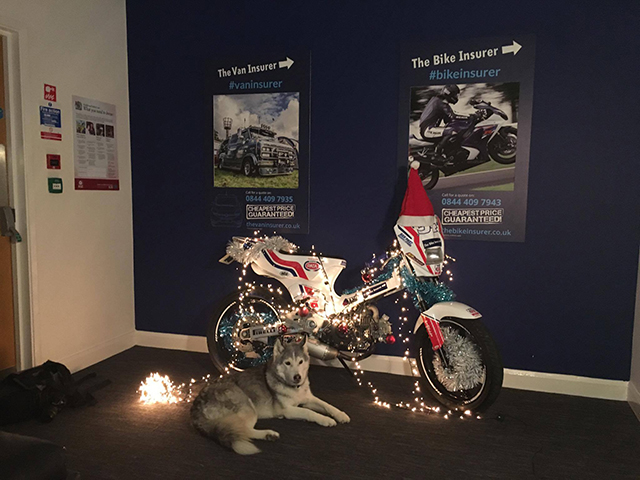 The dog wouldn’t keep her Santa’s hat on so we put it on our bike. 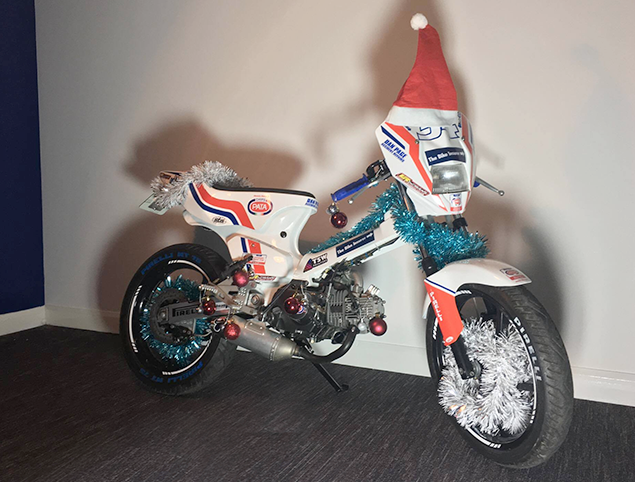