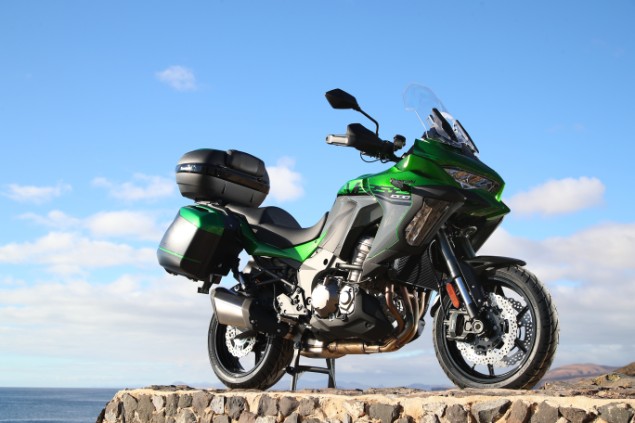 Its 118bhp inline four cylinder engine remains unchanged, as does its basic aluminium twin tube chassis, sitting on KYB suspension, but at £11,199 it’s a lot of fast, supremely comfortable, reliable long distance biking for your money.

But for £14,399 you can have the SE version and that’s where things start to get interesting, because it features a whole host of electronic add-ons to make life in the saddle even easier and more interesting.

The big Kawasaki Versys 1000 may lack some of the glamour associated with some of the more exotic bikes in the class but it has, since it was first introduced in 2012 in what was slightly more controversial styling, always been a popular motorcycle. 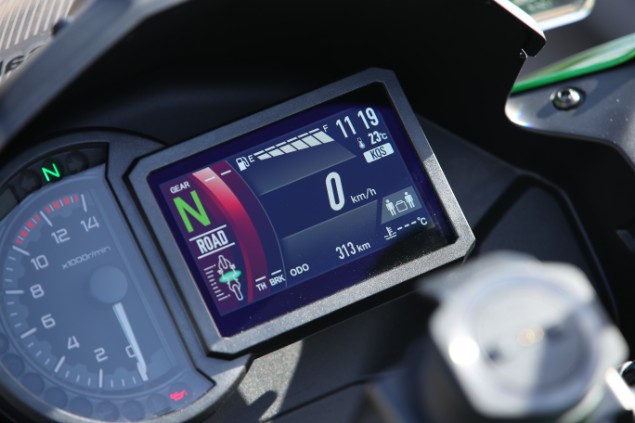 The combination of the smooth inline four-cylinder engine, practicality and comfortable riding position, luggage and pillion-carrying capability have always kept sales of the Versys 1000 reasonably strong.

The big news on the new 2019 version is the Showa suspension, which features electronic semi-active damping for the first time.

This semi-active suspension system is constantly adjusting as you ride along, reacting to your speed, how far you’re keeled over and the contours of the road surface.

On top of that are three settings for rear preload, adjustable via a flick of a button on the switchgear, which will let you set your Kawasaki for more support for a pillion and luggage.

It’s easy to feel the difference in poise between the different preload settings, but the semi-active damping cleverly works away in the background to give you the perfect ride, undetected by your backside. 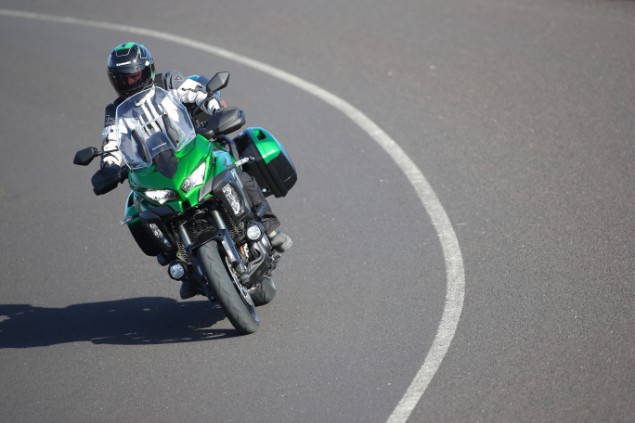 Weighing 257kg the Versys 1000 isn’t light and all that weight is perched high up.

The weight is disconcerting at first, dropping into corners like it’s falling off stilts, but that feeling melts away with familiarity and you soon realise the Kawasaki handles and stops very well, with impressive grip from its Bridgestone T31 sports touring tyres.

A new Inertial Measurement Unit (IMU) takes care of the Kawasaki’s traction control and ABS systems, in a straight line and leant over, which gives huge piece of mind when you’re doing big miles, one or two-up, in all weathers.

Four riding modes include a ‘Rider’ setting where you can tailor your desired levels of power delivery and suspension stiffness.

The SE also comes with an up/down quickshifter, which works smoother on the way up than down, but the new ride-by-wire throttle has a natural feel and crisp connection to the inline four powerplant, which is smooth on the motorway, urgent out of slow corners and growls in that well-known, mean, Kawasaki way when you work it hard. 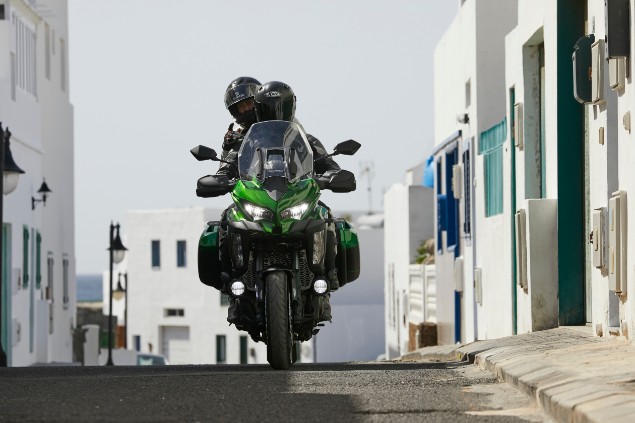 Heated grips, ‘self-healing’ paint are also in the SE goodie bag, together with a colour TFT screen, which links to Kawasaki’s new Rideology app, where you can datalog your ride and set the parameters of the Rider mode and dash layout on your phone before setting off.

If all that wasn’t enough you can specify your SE with touring packages. Panniers and inner bags come with the Tourer Plus and the top tier Grand Tour comes with a tank pad, 12V socket, top box with back rest pad and frame protectors.

Ever since Kawasaki updated its Versys 1000 in 2015 it’s become a class act – a supreme sports tourer in every sense of the word. Now it’s more refined than ever and in SE spec is even cleverer, too.