10 female bikers you should have heard about

With International Women’s Day falling in March, we thought we’d take a look at some of the most famous female bikers in the world.

Men dominate motorcycling and motorsport but that doesn’t mean that female riders and racers aren’t carving a career for themselves in the industry – they just don’t get as much limelight as their male counterparts.

We’ve rounded up 10 females bikers and racers you should have heard about for their feats on the track, in the dirt or behind the handlebars.

Maria Costello is the only female motorcycle racer with those three letters after her name, which means she’s pretty special.

She held the Isle of Man lap record for a female rider and was the first female to get on the podium on the famous mountain course.

Since then she’s achieved podiums in the Senior Classic TT and holds the female lap record at the Northwest 200.

Because of her impressive race CV she’s a woman in demand and alongside mentoring young riders in the European Junior Cup, Costello is also a part of the Federation Internationale de Motorcyclist (FIM) Women in Motorcycling Commission and runs her own women only track days in the UK.

Laia Sanz is a Trials and Enduro superstar from Spain, a hotbed of motorcycle talent.

In terms of female championships, Sanz has won it all, including the Women’s World Trial Championship 13 times and the European Championship ten times.

On top of that, Sanz has also dominated the Dakar Rally since making her debut at the world’s toughest endurance race back in 2011.

In her first year she topped the female motorcycle class – a feat she repeated in 2012 and 2013. In 2015 Sanz achieved her best ever finish, coming 9th overall.

Beryl Swain’s name may not ring a bell with many bikers, male or female, however her name is one that is etched into the history books.

In 1962, Swain became the first solo woman rider to compete in the Isle of Man TT when she took on the mountain course on a 50cc Itom Racer.

She finished 22nd in a field of 25 in the Ultra Lightweight class before motorcycling’s governing body pulled the plug on female entrants, deeming the TT too dangerous for solo women.

That setback wasn’t enough to keep Swain away from racing however and she continued to race in the UK at events at Brands Hatch and Snetterton, even getting involved with speedway racing at Hackney Wick. 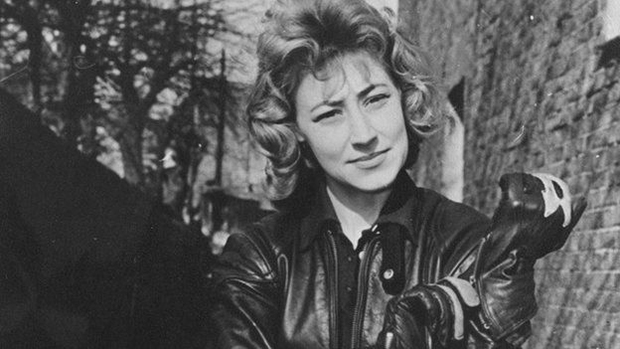 While Swain is a name from the past, Avalon Biddle is very much a name for the future.

The Kiwi rider, 24, is the reigning Women’s European Cup winner, a title she’s held for the past two seasons but won’t be defending in 2017.

This year promises to be bigger and better for Biddle with her spot in the Supersport 300 World Championship confirmed aboard a Kawasaki Ninja 300. 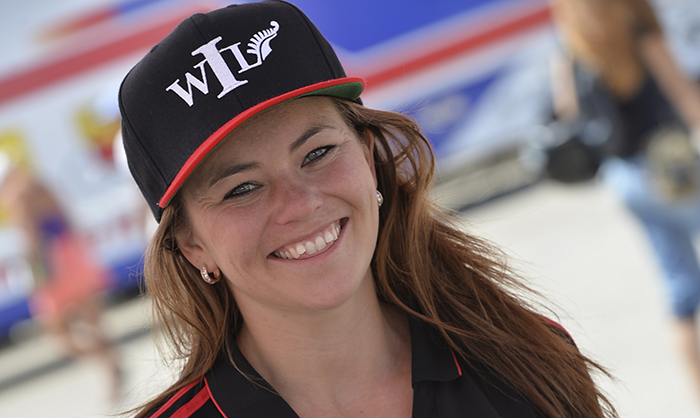 Ashley Fiolek is a retired motocross racer from Michigan, America.

When it comes to motocross, few women can match Fiolek in terms of championships and titles, starting with her grabbing the 2008 WMA Pro National Championship when she claimed her first ever win.

Three more national championships followed alongside two gold medals at the X Games in the Women’s Moto X Super X in 2009 and 2010.

She retired at 22 after just five years in the professional game.

Maria Herrera is a Spanish racer currently riding in Moto3 on the world’s biggest stage.

The 20 year old from Oropesa is the only female rider in the 2017 championship where she’ll look to improve on a career best 11th place finish achieved, which she secured in 2015 at Phillip Island. 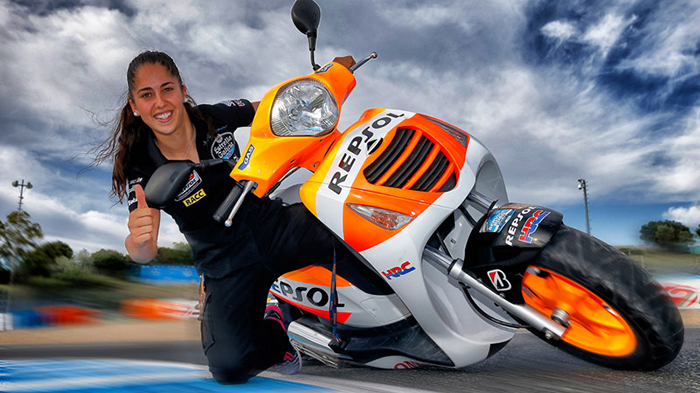 Outside of India, Veenu Paliwal’s name might not be a famous one but in a country where there’s an estimated 37 million motorbikes or mopeds, she was arguably the most famous female rider in the country.

Her fame came from the fact that she was the only female biker in Jaipur, her home city, and she was a common sight on the road on her Harley-Davidson – so much so that her nickname was HOG Rani.

Her link with Harley resulted in a sponsored trip across India, taking in every Harley dealership however it ended in tragedy when she tragically died in a road accident en route to one of the dealers. 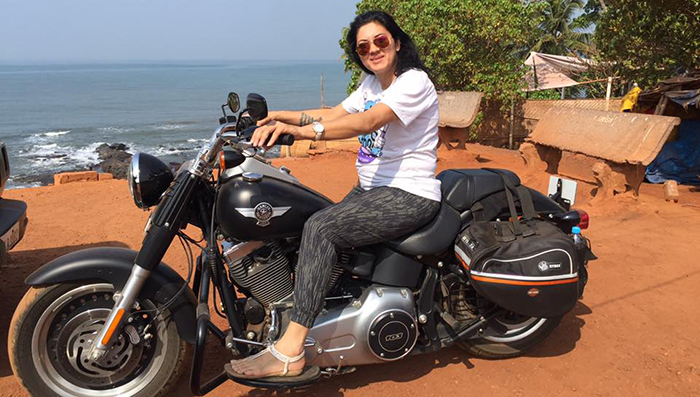 One look at Melissa Paris’ website and it’s clear she’s an accomplished racer.

Her CV boasts a first place finish at the Barcelona 24hour endurance race and WERA West Superbike Champion in the States.

She’s also raced in the BSB at Brands Hatch, became the only female to test Honda’s MotoGP M1 race bike and was the first female ever to qualify for a world supersport race. 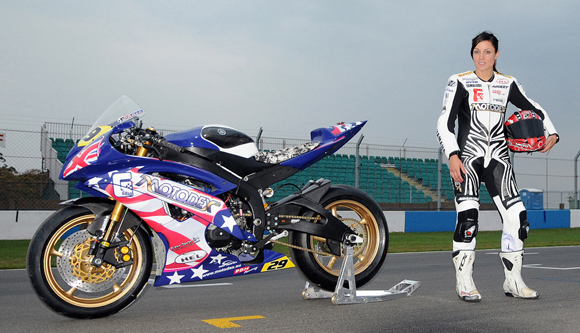 Elena Myers is a professional racer from California and she has a number of firsts to her name.

In 2010 she was the first female to win an AMA Pro Racing road race, the first to win a professional race of any kind at Daytona and was the youngest female ever to enter the AMA racing series.

She’s publicly set her sights on riding in MotoGP however a lack of funding saw 2016 spent on the sidelines.

Jenny Tinmouth is a British racer and current holder of the fastest female lap record at the Isle of Man TT, something she achieved in her first ever appearance on the isle.

The following year she smashed the record again, setting an average of 119.95mph around the mountain course.

Alongside her TT feats, Tinmouth has also claimed lots of female firsts in track racing too. The list reads: