Electric motorbikes – will they take off?

Electric bikes have been around for a while now but you don’t see many on UK roads.

That’s because as well as being expensive, they suffer from an image problem.

Bikers and riders are a passionate breed and riding a bike is as much about the smell, feel and sound of being on two wheels as it is about the practical advantages two-wheel travel has over four.

As such, it’s fair to say that bikers and riders, like car drivers, are a stubborn bunch and the prospect of forgoing the sounds and emotions of a standard bike for an electric version is one many won’t entertain.

Why are bikers sceptical about electric bikes?

There are lots of factors in making riders and bikers sceptical about electric bikes, and they’re shared with car drivers (despite us often trying to distance ourselves from four-wheel drivers).

How far can an electric bike go? Can it cover the same distance as a standard petrol bike?

These are all questions that a rider will immediately ask when propositioned with an electric motorbike and they’re valid. Despite vast improvements in range for electric motors, they still don’t match the capabilities of combustion engines in terms of distance.

It’s realistic to slash the number of days to around 200 because the majority of riders shun their bikes over winter when the weather turns. Based on that assumption, the average UK rider travels between 10 and 20 miles per day and most electric motorbikes provide a range of 100+ miles in between charges.

In 2011, the average commute in England and Wales was 9.32 miles. So, for a working week, riders will travel 46.6 miles on average, which means you could go two weeks without charging your battery to the brim…potentially.

Obviously there are journeys that will be longer and shorter but generally it’s safe to assume that range should never really be a concern for electric motorbike riders on everyday trips and commutes. Sadly, it’s the long rides through the countryside and along motorways that may be impossible with an electric motor.

What if you run out of battery on the road? Are there suitable charging points in readily available locations as is the case with petrol stations?

In the UK there are less than 9,000 petrol stations. There are 8,259 charging stations across the country as of 1 May 2015 – so the battery brigade are not far behind and their number is growing, unlike petrol stations.

But further exploration shows that some areas are much better catered for than others. 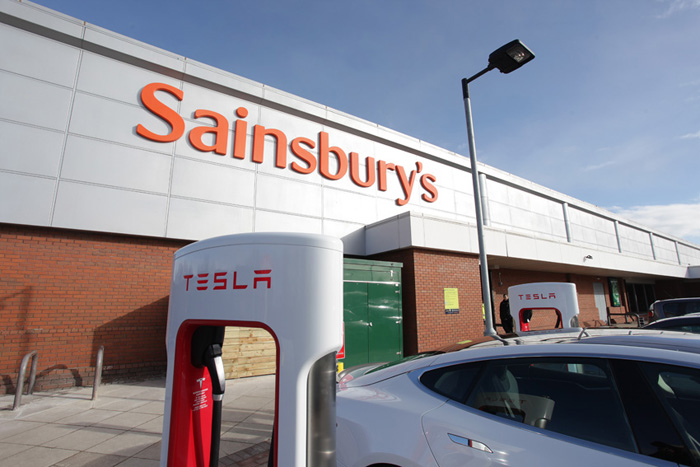 So, while the majority of urban areas are well provided for in terms of charge points, those Sunday rides in the countryside definitely look problematic and could lead to a desperate scramble for your sat nav and a plug when your range meter starts to drop.

How quickly can I recharge my battery pack? Is it as quick as filling my bike up with petrol?

While the number of charge points makes for reasonably pleasant reading, the time you could potentially spend at each location recharging does not.

To fill a motorbike to the brim with petrol takes about five minutes, and that includes payment and a quick browse of the chocolate and sweet deals at the till. EV charge times are dramatically longer with some bikes taking as long as nine hours to fully charge.

There are rapid charge packs available which can massively reduce your charge time to something more reasonable (anywhere between one and four hours) but they normally come with an additional charge.

I ride my bike for the noise as mush as anything, do electric bikes sing? How will anybody know I’m there?

There’s no doubting that electric motorcycles have the potential to make an impact on the UK market once battery issues and charging infrastructure is improved (drastically) but there are still ‘lifestyle’ issues that will put some bikers off.

Electric vehicles are quiet. Will bikers want to lose the grumble and burp of a powerful petrol engine for the hum and fizz of an electric motor?

We posed the question on The Bike Insurer Facebook page and got the following responses:

“We’ve all done it with loud pipes – rode under a railway bridge and given the throttle a good revving just to hear it. I wouldn’t want to go without that.”

“I like the fact that pedestrians, cars and fellow road users can hear me coming, so no, give me my loud pipes and a V-twin over a silent ride.”

“I rode to Spain on my SP and there’s no way I could do it in silence. The sound of the bike echoing off the Pyrenees was something else.”

If I did take the plunge, are electric motorbikes good value for money?

If you look at electric cars, one of their major stumbling blocks is the cost. They’re much more expensive than standard engine versions, despite having plenty of other shortcomings that we have already touched upon.

The same can be said of electric motorbikes where you spend a lot more money for a lot less bike. That’s why the UK government is set to introduce a £1,500 subsidy to encourage riders to part with their cash because at the moment, electric vehicles are not good value for money.

Why should I be concerned with CO2 emissions on my motorbike when cars are the issue?

One thing that gets most riders and bikers annoyed is road tax. For cars, road tax is based on CO2 emissions but it isn’t for motorbikes which traditionally have low CO2 emissions that bring them in-line with new cars that do not pay road tax.

While motorbikes don’t pay as much as cars, they still pay, even if it is a lot less than four-wheelers. Whether that’s fair or not, electric motorbikes and scooters are exempt from road tax in much the same way that electric vehicles are now. So as well as saving money on fuel, there is an additional financial benefit for electric motorbikes when it comes to road tax. 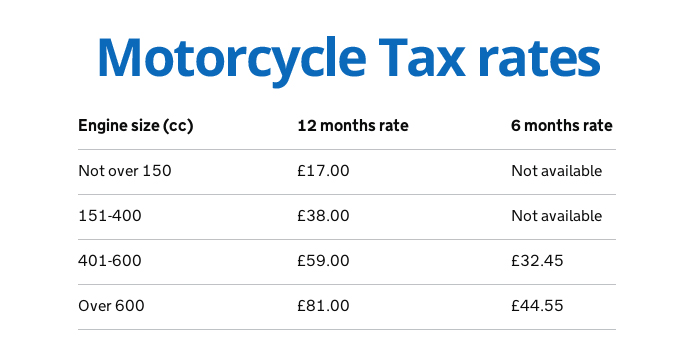 Am I going to lose any performance by making the move to electric?

The performance of electric motorcycles, in terms of speed and acceleration, has never really been a sticking point for riders and bikers.

Electric bikes are quick and generally perform as well as petrol bikes (up to a certain power) – they also have the added bonus of all their power being available at the first twist of the throttle.

Will it cost me more to insure an electric motorbike than a normal one?

Insuring an electric bike should not be any more expensive than insuring a standard version however it may be a little more difficult to find an insurer that deals with battery powered two-wheelers.

As mentioned, electric motorcycles are not common on UK roads therefore few insurance brokers have had the opportunity to deal with them. That means you could be in for a lot more research when it comes to finding an insurance provider and you may have to plump for a less well known provider.

Will the subsidy boost sales?

At the moment, it looks unlikely that the government-funded subsidy will boost electric motorbike sales in the UK.

While the foundations are already in place for electric motorbikes in terms of power and performance, there are too many shortcomings at present to enable them to take the market by storm.

However, with CO2 emissions standards and green transport massively on the global and European agenda, they’re not going away.

Instead we expect electric motorbikes to continue to develop and advance until the choice between an electric motor and a petrol engine is one based purely on opinion, rather than dramatic differences.

Batteries need to improve until charging is quick and easy, infrastructure needs an overhaul to ensure an even spread of charging points across the country and prices need to fall in-line with standard engine bikes.

When that happens, the grunt of a V-twin engine could be a much rarer treat than it is now.

Next page: Can I insure an electric motorbike?
Comment 2 Like 0
Mr Tesla time travler 2 years ago
So us good guys have to suffer the FART-BIKES.. pity them ..
There's no way in hell... 5 years ago
…that a Zero S is comparable to a 125. I’ve rode 400cc’s with less power than a Zero.