The recent BMW custom bike built by Japanese builders Custom Works Zon gives a clear idea of the direction the German firm is heading with an all-new range of cruiser models. 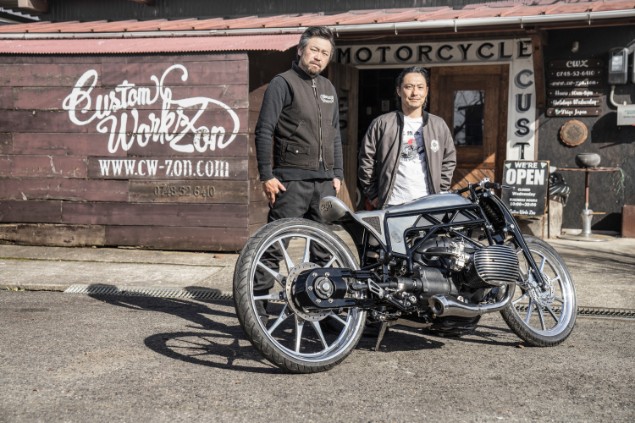 There’s no official word from BMW about the future of the bike – named ‘Departed’ – but sources close to the company have suggested it will be as early as 2019 when a new range of classically-styled cruisers will be available as production bikes.

While the bike is a one-off, hand-built custom bike built specifically for the Tokyo Hot Rod Custom, the engine, referred to as an R18 in the press information, is presented as a ‘prototype of a completely new boxer engine’.

BMW has been quite honest about the desire of the firm to re-enter the cruiser class in an effort to try and increase sales across lucrative markets like North America where bikes with the ‘feet forward’ riding position are the dominant seller. 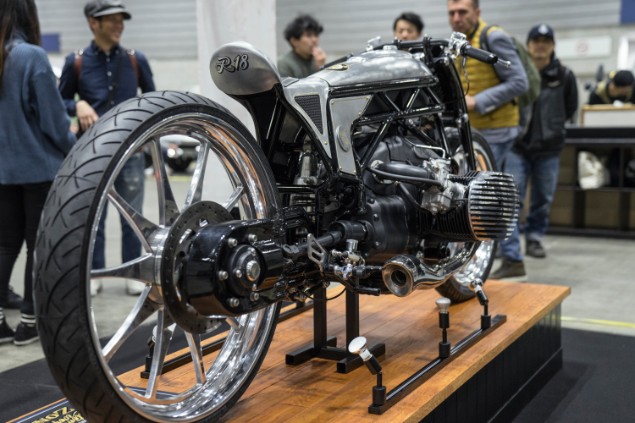 BMW hasn’t had a genuine cruiser since the end of the R1200C in 2004 after seven years of production and sales that never really took off anywhere.

In part that was down to the slightly odd styling but it was also not helped by the Boxer engine design which put a pair of cylinderheads exactly where riders wanted to have their feet.

In the US market, the lack of cubic capacity of ‘just’ 1170cc when compared to the much larger offering from Harley-Davidson were also an issue for the R1200C.

While BMW isn’t giving much detail about the engine capacity, the fact it’s referred to as the R18 suggests this will be around an 1800cc boxer.

What does ‘prototype’ mean in this instance?

In this case the word prototype is a BMW cover story the company has used lots of times before in order to not confirm this engine will be making a production bike in the very near future.

BMW, in common with other manufacturers, have used this as a common diversionary tactic where a ‘concept’ bike is presented just months ahead of the actual production version being revealed. 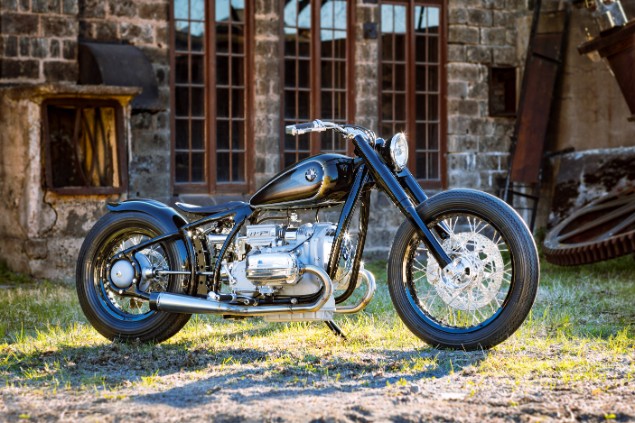 BMW’s press release states: “There was a lot of speculation at the show about the prototype engine. The external geometry and visible elements such as the push rods running above the cylinders in chrome-plated protection ducts recall BMW Motorrad boxer engines that were built until the late 1960s – but with an evidently larger capacity and a modern air/oil cooling.

“Further details about the engine and its possible future use will be communicated at a later point in time.”

What can we expect of the production bike?

BMW is revealing almost nothing about the actual production bike but previously, top bosses and designers have discussed the difficulties presented in BMW re-entering this class.

The key thought has been how to make it ‘authentic’ and sit with the cruiser class well.

A clue as to the direction BMW is heading with the design can almost certainly be seen with the 2016 BMW R5 Hommage bike that was presented at the prestigious Concorso d’Eleganza Villa d’Este event. 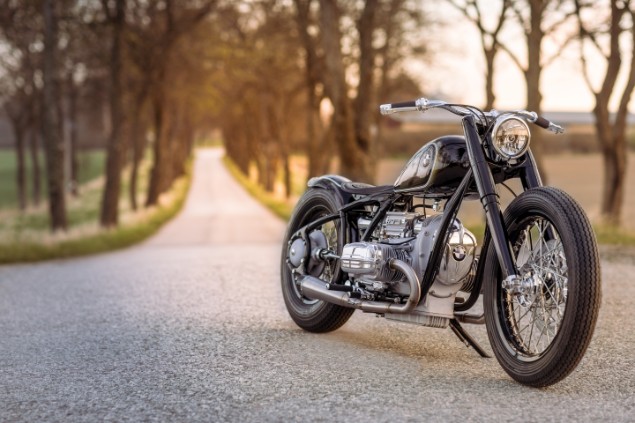 This concept bike was the opposite of the latest creation with an old 500cc boxer engine from an old BMW but used a newly designed one off frame.

Mix and match the frame design of the R5 Hommage with the engine of the R18 Departed and we may be somewhere near working out how this new cruiser might look.

It’s hard to pin down exactly when the production bike might appear but its highly likely we will see something in late 2019 which will mean it being available as a 2020 production bike.