Honda’s work on the 2018 Forza 300 scooter has completely transformed it and taken it along a different road from the original scooter that was launched in 2013. 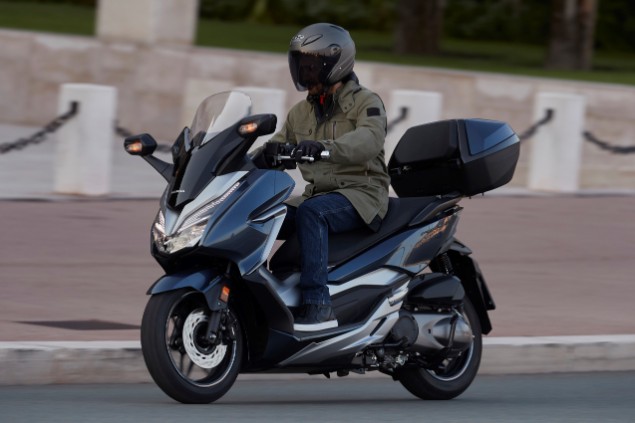 The original was a fairly long and low and the new version is lighter, a lot sportier and a lot more agile while still combining the practicality of the previous generation of scooter.

The Forza 300 uses a four-stroke, single-cylinder, 4 valve engine which generates 24.8hp and will, with decent pace, make it well over the 70mph motorway limit and still feels comfortably in it’s performance range on the busiest of roads and even cross country.

A first for Honda in this class sees the fitment of Honda Selectable Torque Control (HSTC) which is Honda’s name for traction control.

It monitors for any difference between front and rear wheel speeds and then limits the engine torque via the fuel injection while the rear wheel regains traction. 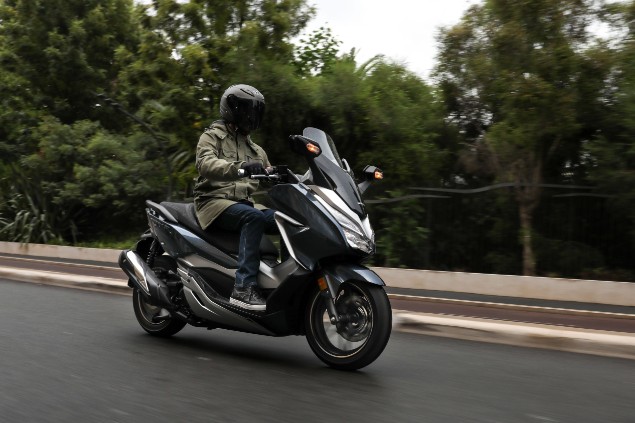 This might seem like overkill on a 25bhp scooter but its worth bearing in mind the urban streets when this kind of scooter are most commonly used are covered in slippery surfaces like white lines, drain covers, tram lines in some cities so it may well be a useful safety device.

The traction control is backed up by decent ABS that only kicks in after heavy provocation. The safety is also additionally boosted by the LED lights all round and mirrors that offer a great view of the road behind.

At city speeds the performance is easily punchy enough to keep ahead of cars away from the lights and it all means you can relax, safe in the knowledge you aren’t having to plan ahead as much as you do on smaller capacity, lower performance scooters which struggle to keep up due to a lack of power.

Around town is also where you notice the improved agility of the scooter; thanks in part to the reduction in weight by 12kg over the previous model with a shorter wheelbase and higher seat changing the way the scooter feels completely. 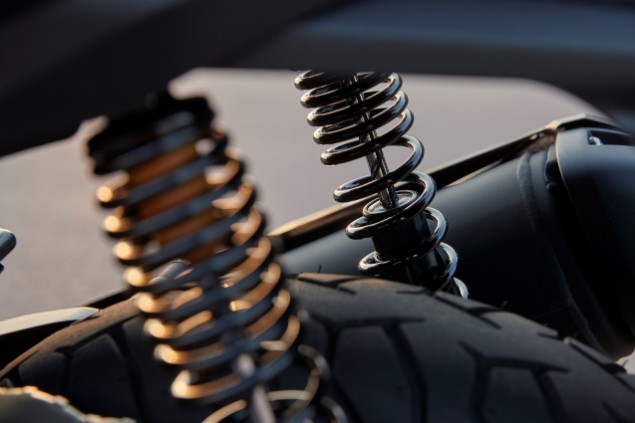 The decent performance doesn’t come at the expense of either practicality or low fuel consumption; two of the key reasons many buy a scooter in the first place.

In mixed use, including some faster dual carriageway and A-road use the Forza 300 was still nudging 80mpg. Around town at lower speeds this was easily above 120mpg.

At Honda’s claimed average fuel consumption of 73mpg, the 11.5litre tank could see you cover 200+ miles before needing to fill up.

Storage under the seat is excellent; there’s actually over 53 litres of space and stashing two full-face crash helmets is possible and there will still be a little room left over.

Options include a nicely-finished Honda 45litre topbox which adds even further storage capacity and is remotely locked using the scooter keyfob. 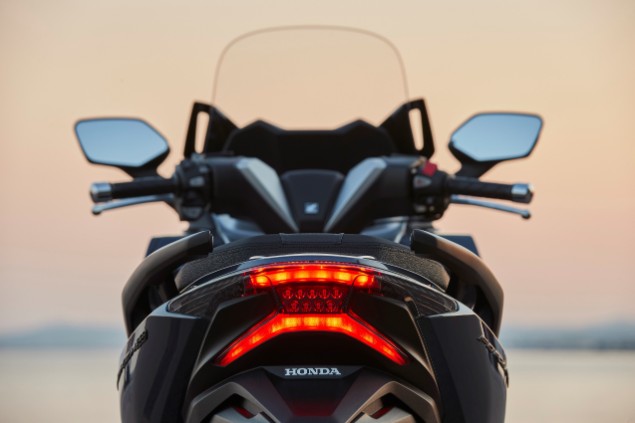 Honda’s aim of making a high class and well-finished scooter for the European market has worked.

There are nice surface finishes all over, the switchgear is nicely made, the LED headlights are bright, the electrically adjustable windscreen offers a lesson in simplicity (and speed) that could be learned by much more expensive machines.

A rocker switch on the left handlebar moves the screen up and down swiftly.

There’s keyless ignition and to the left of the handlebars there’s a handy storage compartment that locks and is big enough for a water bottle or a smartphone and there is also a 12v charging socket inside.

Criticisms of the Forza are not major.

The keyless ignition is a little frustrating to use sometimes as you need to unlock the bike via the fob and if you move out of range of the scooter with your key hidden in a pocket, you have to find the key fob again.

It’s a common fault with keyless ignition on many motorcycles.

Another is a slightly light feeling from the front suspension when the scooter is travelling over sharper-edged road imperfections at higher speeds. 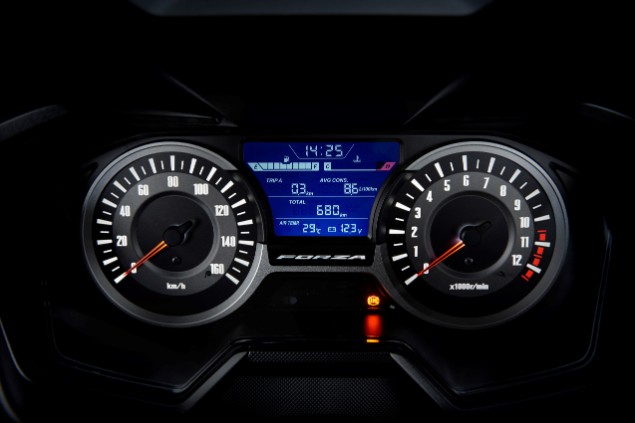 At no point does it ever get scary; far from it; but there is a feeling from the front end that translates into a slightly light steering feel.

At this price, a set of standard heated grips really should be on the scooter to add to the practical package. 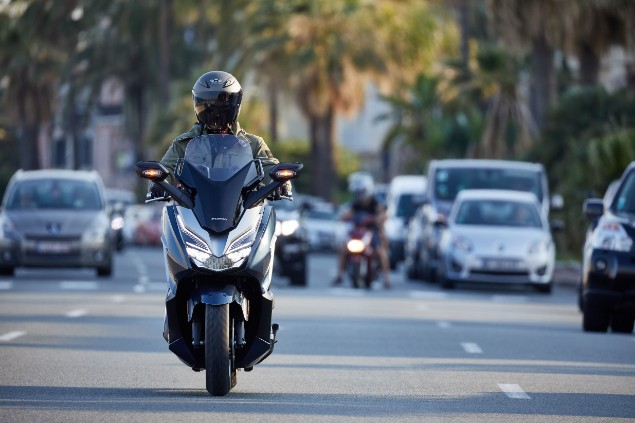 Four colours are available on the Forza 300; blue, black, grey and white and it’s available now.

The Forza 300 is exactly the sort of bike that sells in big number across much of mainland Europe.

OK the weather may be a little nicer than in the UK over a winter, but the level of practicality, low fuel consumption and decent performance should make this kind of vehicle more a tempting prospect for UK riders.

With the finance packages available it makes it financially viable for many people to own one as a second machine to save money on train, bus or car commuting costs.