Ever since television adventurers Ewan McGregor and Charley Boorman first brought BMW’s class-leading GS Adventure into our living rooms via ‘Long Way Round’, the popularity of adventure bikes has grown in the UK. 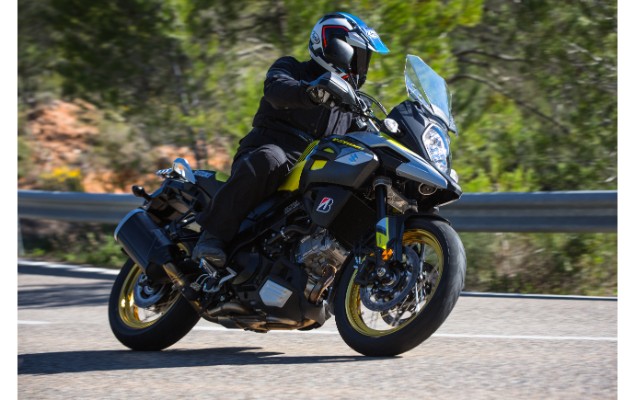 Their sophistication, performance, features and expense has grown too.

Today the latest top spec R1200GS Adventure can easily set you back the thick end of £20K with rivals such as Ducati’s latest 1260 Multistrada and KTM’s 1290 Adventure not far behind.

And they’re great bikes, too. Modern adventure bikes are littered with as much technology as the latest superbikes bristling with features such as electronic suspension and full-colour TFT displays.

They are all more than capable of blasting you and your partner around the globe in a 160bhp blur of comfort and kudos.

That’s all good if budget is unlimited, however, many mere mortals on far tighter budgets have been happily eating up almost as many miles on Suzuki’s far more affordable V-Strom 1000.

Suzuki’s budget adventure bike has been one of the sales success stories so far this century.

Both the 650 and the 1000 were both being prized for their simplicity, value, honest performance and willing V-twin engines. 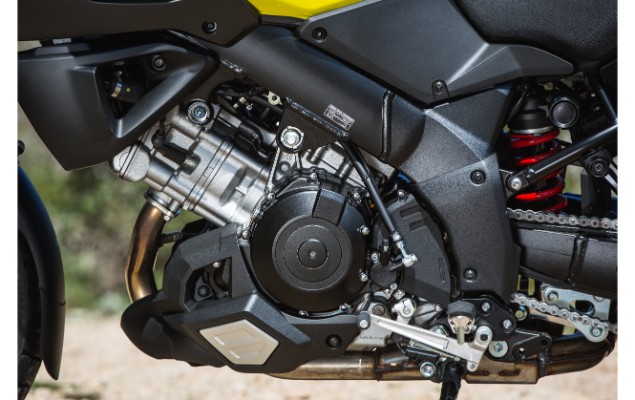 While the original 1000 ‘Strom was quietly dropped in 2008, the 650 version went from strength to strength, gaining a thorough update and facelift in 2011 on its way to becoming almost universally regarded as one of the best-value and most useful all-round bikes on the market.

A new 1000 V-Strom returned, belatedly, in 2014 (it was delayed by the financial crash of 2009 which stopped most Japanese motorcycle development stone dead) and pretty much picked up where its predecessor left off.

The new V-Strom 1000 was simple, with decent if unstartling performance from its 1037cc, 100bhp V-twin. It had fine if not exactly refined road manners and a great sub £10K ticket price.

All it lacked, in fact, was a little glitter and glam.

But even that finally came in 2017 with this new XT version, which basically sought to improve and enhance the base bike.

First, the proven and admirable 1037cc V-twin motor received fuel injection and mapping tweaks to help it through the new Euro4 regulations even though performance was barely affected. 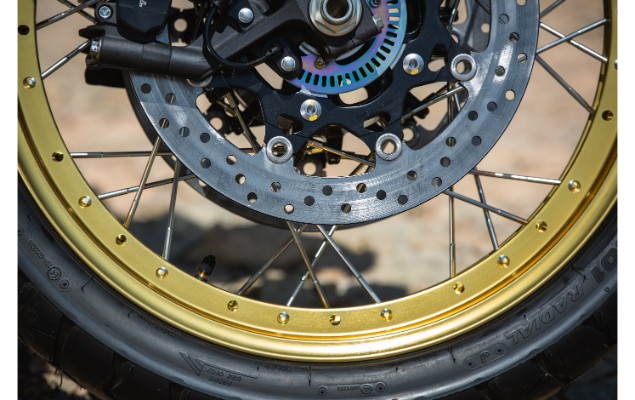 Peak power was actually nudged up slightly to a claimed 101bhp (not that you’d notice) while peak torque was reduced very slightly.

At the same time, it was also given Suzuki’s new ‘Low RPM Assist’ and ‘Easy Start’ gizmos plus the Cornering ABS system, which had debuted on the Japanese giant’s all-new GSX-R1000 superbike earlier that same year.

But all of that was just the start: the new V-Strom 1000’s fairing was reworked with new, ‘stacked’ headlamps plus, even more usefully, a new, one-hand adjustable screen that was also 49mm taller than its predecessor.

So far so good – the new V-Strom is not only brought up to date it looks better with a new, more rugged, off-road style and is better-equipped – just what was needed in fact. 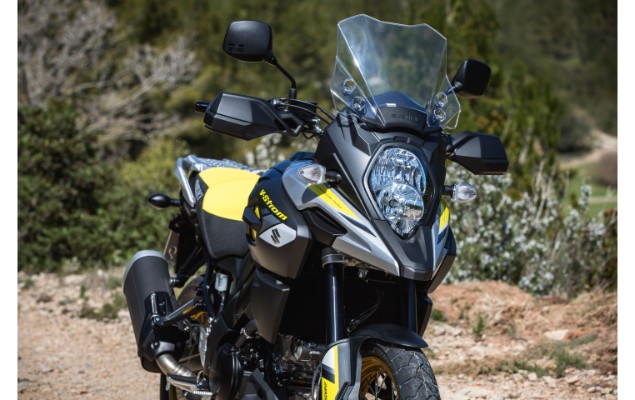 Which is all pretty much the sensation you get from the saddle of the updated V-Strom 1000 XT as well – and there’s nothing wrong with that.

With 100bhp, a still fairly limited electronics package and semi-basic cycle parts, the V-Strom 1000 is still very much playing in a far more budget category than the posh BMW GSs, Ducati Multistradas and KTM Adventures of this world – it’s just now doing it less conspicuously than before.

No longer is riding a big V-Strom the motorcycling equivalent of driving around in a Dacia.

Better still, the big Suzuki really is now a great, real world machine. That V-twin motor is engaging, easy, immensely flexible, more than sufficient for most and even decent fun as well even if it never comes close to the explosive 160bhp madness of the likes of the Multistrada.

The V-Strom’s ride is good, too, thanks to decent, multi-adjustable suspension and intuitive, neutral balance.

The brakes may not be all-singing and all-dancing Brembos, but they work OK. The adjustable screen is good, comfort is ample for two and, overall, the V-Strom just gets on with it pretty much as it always did. Big adventure bikes don’t get any more honest or less pretentious. 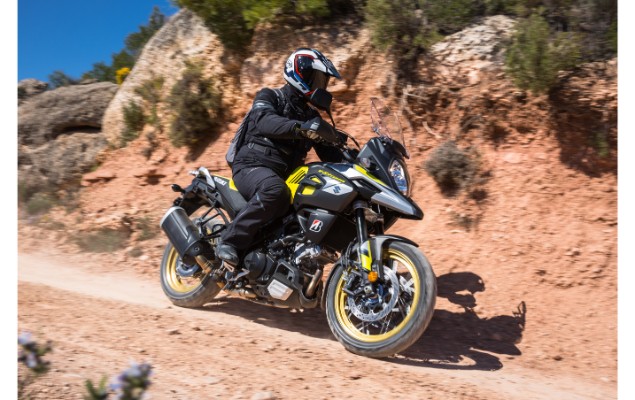 It’s something of a steal.

PUB FACT: Back in 2004 the original V-Strom 1000 was also, briefly, a Kawasaki. A short-lived agreement between the two firms saw Suzuki make a Kawasaki-badged version of the ‘Strom which also featured a slightly different dash and screen and was called the KLV1000. The scheme was abandoned in 2006.

There are actually now two versions of Suzuki’s V-Strom 1000 available – this higher spec XT version and a standard version, which, for £500 less, does without the XT’s wire wheels and tapered handlebars but keeps all the other updates.